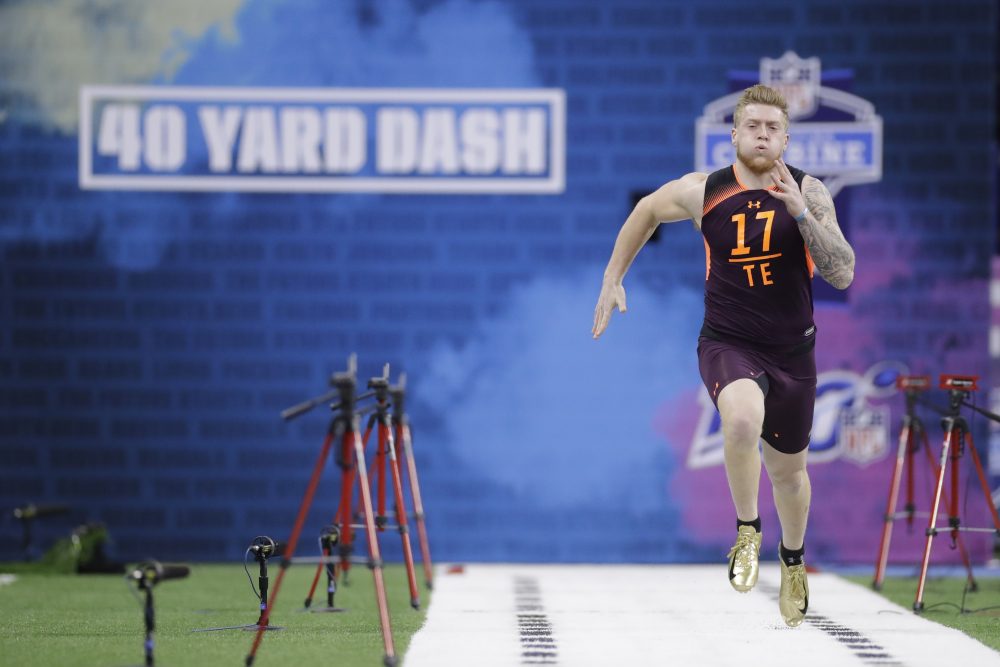 He may still be tempted to draft one.

The tight end class has that much high-level talent and depth.

Two Iowa Hawkeyes are expected to be chosen within the first 20 picks — T.J. Hockenson and Noah Fant — and there will be quality players still available late.

The Browns have their own first-round pick in David Njoku, who was taken No. 29 in 2017. He has big-time athleticism and caught 56 passes for 639 yards and four touchdowns last year.

But he wasn’t selected by Dorsey, rather predecessor Sashi Brown. So this is a big year for Njoku to prove he’s part of the future. Linebacker Joe Schobert, tight end Seth DeValve, receiver Rashard Higgins, defensive end Myles Garrett and defensive tackle Larry Ogunjobi are the only other players remaining from Brown’s 24 draft picks in 2016 and ’17.

Dorsey called out Njoku’s blocking at the scouting combine in the winter but praised him Thursday.

“He’s a very young man with a lot of talent,” Dorsey said. “He’s got a very workmanlike attitude and he loves the game of football. He still has a high ceiling here.”

Dorsey switched out the No. 2 tight end in the offseason, cutting Darren Fells and signing Demetrius Harris, whom he discovered as a basketball player at the University of Wisconsin-Milwaukee during his time with the Chiefs. DeValve, Pharaoh Brown and Orson Charles, who’s more of a fullback, round out the position group.

That seems like enough depth, but Dorsey may decide he must take advantage of the talent available and draft one.

TOP OF THE CLASS — Tight ends

T.J. Hockenson, Iowa: A great run blocker and makes plays in the passing game. That equates to a likely top-10 pick.

Noah Fant, Iowa: Moves better than his Hawkeyes teammate, running a 4.50 40. The speed shows up with big plays.

NFL Draft: After trade for Odell Beckham Jr., Browns no longer in market for receiver
NFL Draft: A kicker late is possible, but don’t expect GM John Dorsey to take a specialist