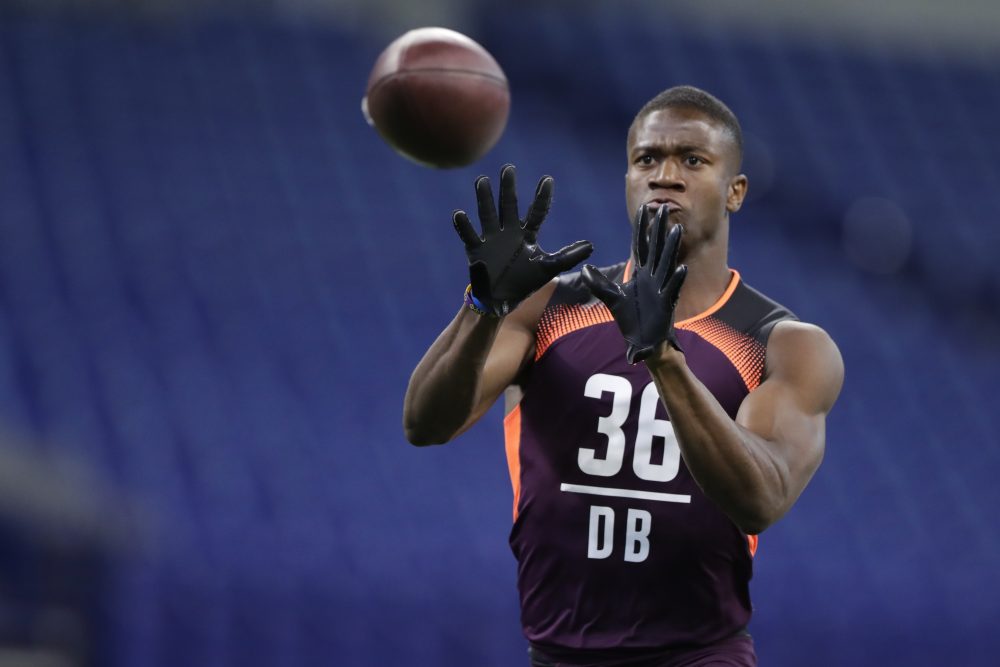 But this one’s a good start.

The originality starts with his background.

He grew up as a wrestler — he won two state championships in Georgia — and didn’t play football until he was a junior in high school. He was lightly recruited and wound up at Presbyterian College, an FCS school. He was a three-year starter at cornerback before Presbyterian decided to drop to Division II and he transferred to Temple for his senior season in 2018.

“We certainly saw some dominant traits in him,” said Thacker, whose recruitment of Ya-Sin included their first meeting at a McDonald’s in Clinton, S.C.

“To say we knew he was going to be elite as he was would be an overstatement.”

Ya-Sin, whose given name is Abdurrahman Ibn, is a devout Muslim and maintained his high level of play even during periods of fasting, according to Nathan Burton, his defensive backs coach at Temple.

“Which is unbelievable to me,” Burton said.

“Unbelievable” is a word used a lot to describe Ya-Sin, most often when the topic is work ethic.

“His relentless work ethic at a position where normally there are high-maintenance prima donnas,” Thacker said. “In a team full of hard workers, he stood out among the rest.”

The proof was visible on his jersey. Temple reserves single-digit numbers for its toughest players and hardest workers, and Ya-Sin was given No. 6 after only months at the school.

“It’s unbelievably impressive,” Thacker said. “It’s unprecedented. Just speaks volumes to how relentless of a worker he is.”

Ya-Sin is a popular pick for the second half of the first round in mock drafts, but only one year at the FBS level, in the American Athletic Conference, could allow him to fall into the second round. Either way, he could be a guy Browns general manager John Dorsey targets in a trade up as he looks to add a young corner to pair with Denzel Ward, the No. 4 pick last year.

Dorsey has taken plenty of chances on talented players with character issues, and could have the opportunity to flip the script a bit.

“He is wired differently,” Thacker said. “He is the most self-motivated football player that I’ve ever had the opportunity to play with or to coach or to be around. He works at a different rate and has a different mentality and is fun to be around. And so blessed I had a chance to be around it and observe it.”

Ya-Sin is more than good character and hard work. He can play.

He had five interceptions as a junior at Presbyterian, and 47 tackles, two tackles for loss, a team-high 14 passes defensed and two interceptions at Temple. He has big-time ball skills and didn’t allow a catch over 20 yards last year.

“I think because of his wrestling background, he had some elite body awareness where he could be in someone else’s bubble in space and there was no open access for the quarterback to throw it,” Burton said. “And every time they tested him and tried him, he would defeat the ball with his ball skills.”

Thacker also said Ya-Sin has “elite competes,” which means he’ll battle every day and on every play. The coaches say that won’t stop in the NFL.

“Beyond talent, he’s going to have a long NFL career, because he’s going to will himself to be successful and outwork people in every phase of the physical and the mental,” Thacker said.

It’ll be the next chapter in an unlikely but inspiring tale.

“He wrote his own story by saying this is what I’m going to do and I’m going to do it,” Burton said. “He put that into the atmosphere and he got it. So I’m not surprised it’s going to happen.”