Scott Petrak’s mock draft: Do the Browns move back into the first round? 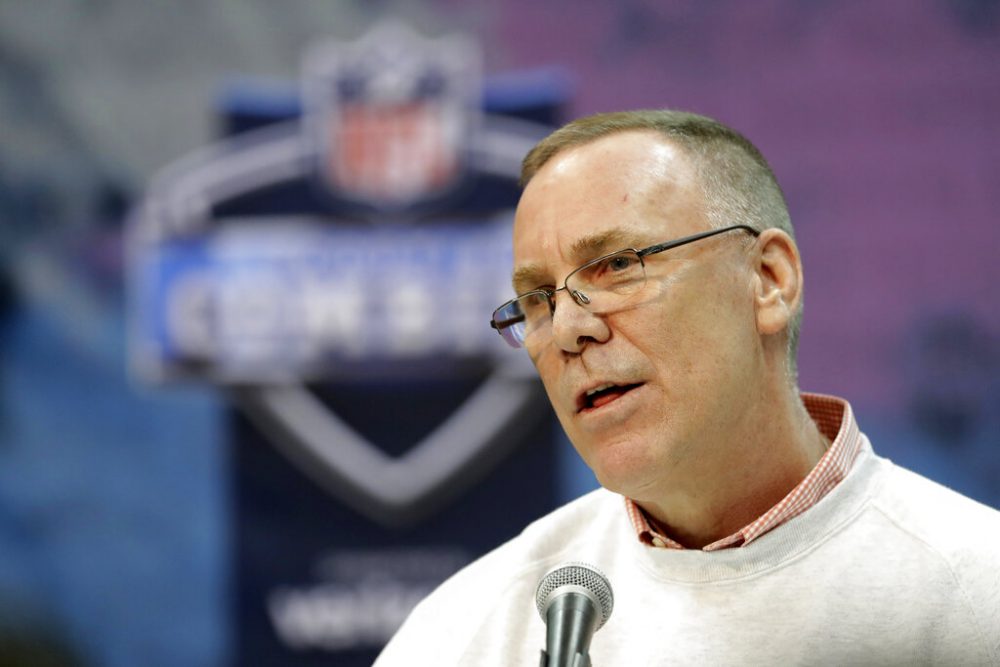 The mystery for Browns fans on the first night of the three-day draft marathon is whether their team will trade into the first round and make a pick. I put the likelihood at 30 percent and am going to illustrate a possible scenario below. While other teams are certain to make trades, that’s the only one I’m including in my lone mock draft of the season.

REST OF BROWNS’ PICKS
Second round
No. 49 — Traded to Oakland along with second-round pick in 2020 and fifth-round pick this year (No. 144) for No. 27.
Third round
No. 80 — Isaiah Johnson, CB, Houston. Converted receiver has size (6-foot-2, 208 pounds) and speed (4.40).
Fourth round
No. 119 — Blake Cashman, LB, Minnesota. Adds depth to the thinnest position on the roster.
Fifth round
No. 144 — Traded to Oakland as part of the scenario to move into the first round for Simmons.
No. 155 — Stephen Denmark, CB, Valdosta State. Another converted receiver with great athleticism.
No. 170 — Will Harris, S, Boston College. Could develop into eventual replacement for Morgan Burnett.
Sixth round
No. 189 — Derick Roberson, DE, Sam Houston State. Had 15 sacks and five forced fumbles as a senior.
Seventh round
No. 221 — Devine Ozigbo, RB, Nebraska. Makes a lot of sense if Duke Johnson is traded during the draft.

NFL Draft: Fate of Duke Johnson will determine if Browns need to pick running back
Even without a first-round pick, NFL Draft full of intrigue for Browns