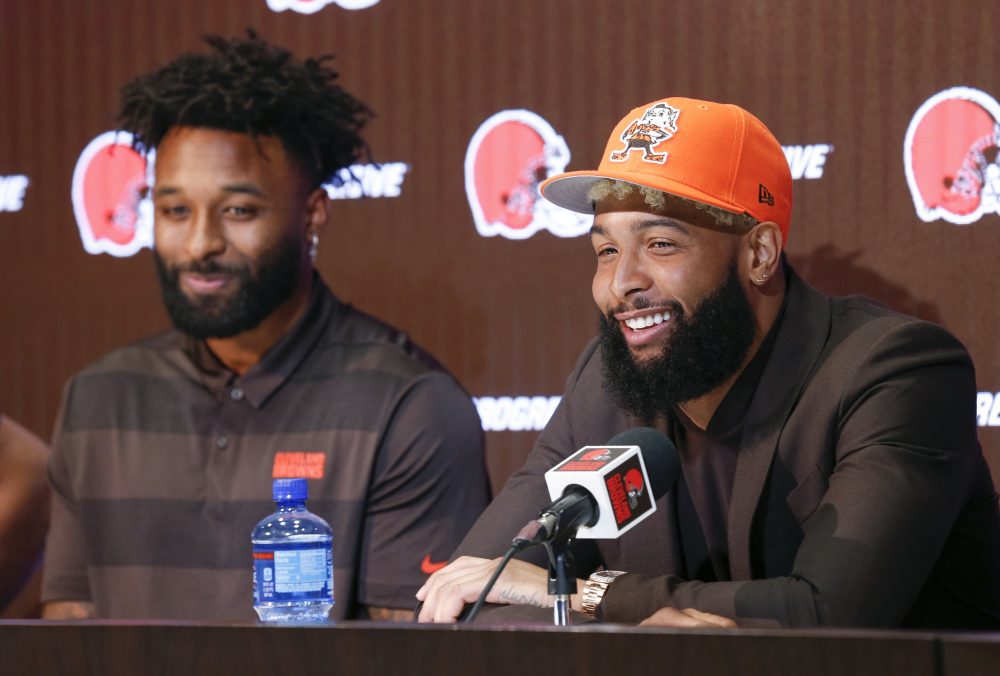 BEREA — The NFL allows teams with new coaches to hold an extra offseason minicamp. The Browns, under Freddie Kitchens, wrapped up their three days on the field Thursday before the start of the NFL Draft.

Receiver Odell Beckham Jr. didn’t attend the voluntary camp, just as he has been absent from the voluntary offseason program since checking in for the first day April 1. He was acquired from the Giants in a trade March 13.

Beckham has posted video on social media of him training on a beach and sent a message back to Northeast Ohio on Thursday.

“Much luv, just kno im bustin my (rear end) over here to give yu the best version of myself on and off the field !” he tweeted. “Dawgs GOTTTTA eat!!”

General manager John Dorsey said last week Beckham is experienced and knows how to prepare, and Kitchens has said he won’t hold a grudge against players who don’t attend the voluntary portion of the offseason.

“I don’t think it’s a big deal,” linebacker Christian Kirksey said Thursday on WKRK 92.3-FM. “We know that he’s out there training, we know he’s out there working. It’s April right now. We’ve got a long way to go before the season.”

He was at the minicamp on a tryout basis and was signed Thursday. He played at James Madison and was most recently with the Orlando Apollos of the Alliance of American Football.

Receiver Mekale McKay also got a tryout after playing for the San Antonio Commanders in the AAF, which folded after eight games of its first season. He hasn’t been signed.

Cornerback Denzel Ward, the No. 4 pick last year, is attending a couple of charity events during the draft.

On Thursday night, he was set to be at a fund-raiser for The Karen Foundation for MS. On Friday night, he’s scheduled to be a celebrity bartender at Fat Head’s Brewery in Middleburg Heights from 7-10 for a draft viewing party to raise money for his new Make Them Know Your Name Foundation, which focuses on heart health.

Hall of Famer Jim Brown is scheduled to announce Cleveland’s second-round pick Friday night in Nashville, Tenn., site of the draft. The pick is No. 49.

Kirksey will announce the third-round pick, No. 80. Kirksey, the team’s Walter Payton Man of the Year in 2018, was selected in the third round in 2014.

On Saturday, tight end David Njoku and former running backs Kevin Mack and Eric Metcalf will announce the fourth- and fifth-round picks at the Rock & Roll Hall of Fame.

Quarterback Baker Mayfield, heading into his second season, was No. 12 on the NFLPA’s list of jersey sales.

The list was released Wednesday. Patriots quarterback Tom Brady was at the top for the second straight year and third time overall.