NFL Draft: 5 players for Browns to target in 2nd round and a thought on Odell Beckham Jr. and the WR draft class 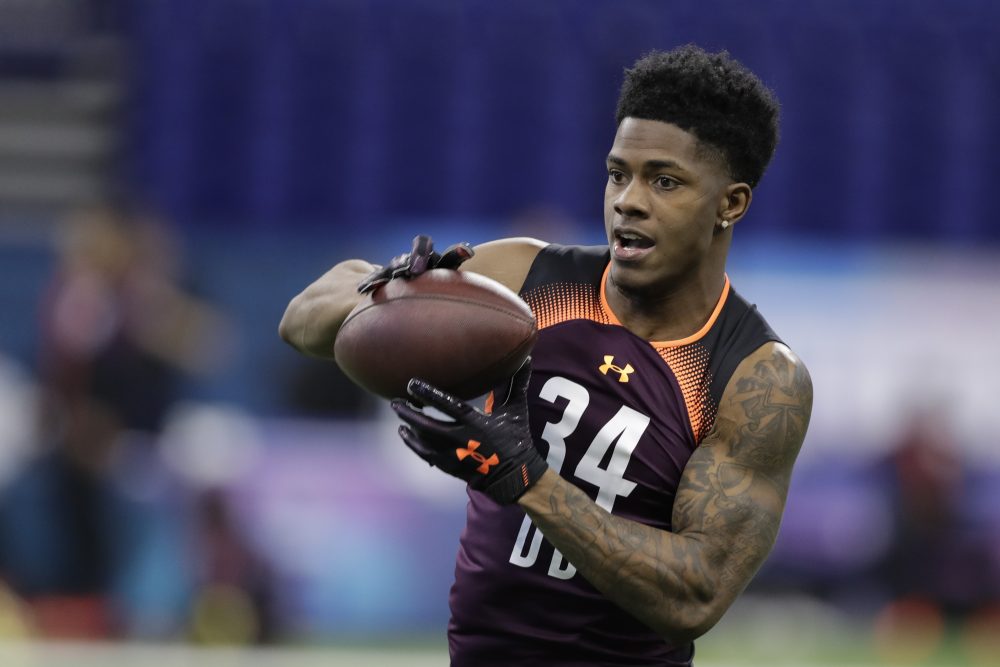 Before I take a look at possible targets for the Browns when the second round begins tonight at 7, I wanted to make a quick point about the first round that transpired Thursday night.

Yes, the Browns didn’t make a pick. General manager John Dorsey said he tried to trade up for three players but the price was too high. In the moment, it could’ve been a little frustrating for fans who had to watch the rest of the league improve their rosters.

But it shouldn’t take long — about a nano second — to remember the reality of the situation: The Browns didn’t have a pick because they have receiver Odell Beckham Jr. Dorsey sent pick No. 17 to the Giants last month as part of the package for Beckham.

I don’t think Dorsey had even a moment of regret Thursday night as his patience was tested with 32 players being picked. In fact, he might have given himself a pat on the back.

The Browns had a hole at No. 1 wideout before landing Beckham. The draft wouldn’t have filled it.

Oklahoma’s Marquise Brown was the only receiver chosen in the first round, going No. 25 to the rival Ravens. He’s a good player but only 5-foot-9, 166 pounds and coming off Lisfranc surgery.

“There really was no marquee receiver,” Dorsey said after midnight.

Just another reason to celebrate the Beckham trade.

Dorsey doesn’t have time to take a victory lap. The draft starts for him tonight, as he holds pick No. 49 in the second round — the 17th selection of the day — and No. 80 in the third round.

He said he’ll explore trades up and down from No. 49, and here are five players who could be in his sights. I’m not including an offensive tackle, although Florida’s Jawaan Taylor and Oklahoma’s Cody Ford were considered first-round picks, remain available and can’t be ruled out.

Rated the second cornerback in the draft by Dane Brugler, The Athletic’s draft analyst, Williams has the traits Dorsey desires at 6-2, 185 pounds with 4.37 speed. Dorsey loves speed at corner and could use a tall one to pair with Denzel Ward and match up against the league’s bigger wideouts.

Dorsey would probably have to move into the first 10 picks of the second round to land Williams.

The Cleveland native and Benedictine High School graduate always made sense at No. 49 and still does. He’s 6-2, 192 pounds with 4.5 speed and a lot of upside after starting his Spartans career as a receiver.

He’d give the Browns an All-Northeast Ohio starting tandem at cornerback. Ward went to Nordonia High.

Also rated second at his position by Brugler, Rapp would provide the succession plan to starting strong safety Morgan Burnett, a 30-year-old veteran signed as a free agent.

Rapp could play right away in sub packages and on special teams and take over as a starter in 2020. He’s smart with strong instincts but ran only a 4.78 40 at his pro day.

If Dorsey decides Rapp is too slow, he can switch gears and turn to Adderley at free safety.

The Browns aren’t committed to Damarious Randall beyond this year and could look to get younger and cheaper with Adderley. He’s a former cornerback with big-time cover skills for a safety. He’s 6-0, 206 pounds and ran a 4.62 at his pro day.

Another Cleveland kid who would add depth at a critical position on defense.

Jones (6-3, 281) is a playmaker in the interior — he had 8.5 sacks, 13 tackles for loss and scored two touchdowns last season — who would immediately join a rotation and eventually replace Sheldon Richardson in the starting lineup. Dorsey raved about Jones as a player and a person last week and he would make a lot of sense at No. 49.

Even without a first-round pick, NFL Draft full of intrigue for Browns
Analysis: John Dorsey hits with Greedy Williams, misses by picking kicker, other takeaways from NFL Draft