NFL Draft: Greedy Williams missed first call from Browns but “giddy” to be coming to Cleveland 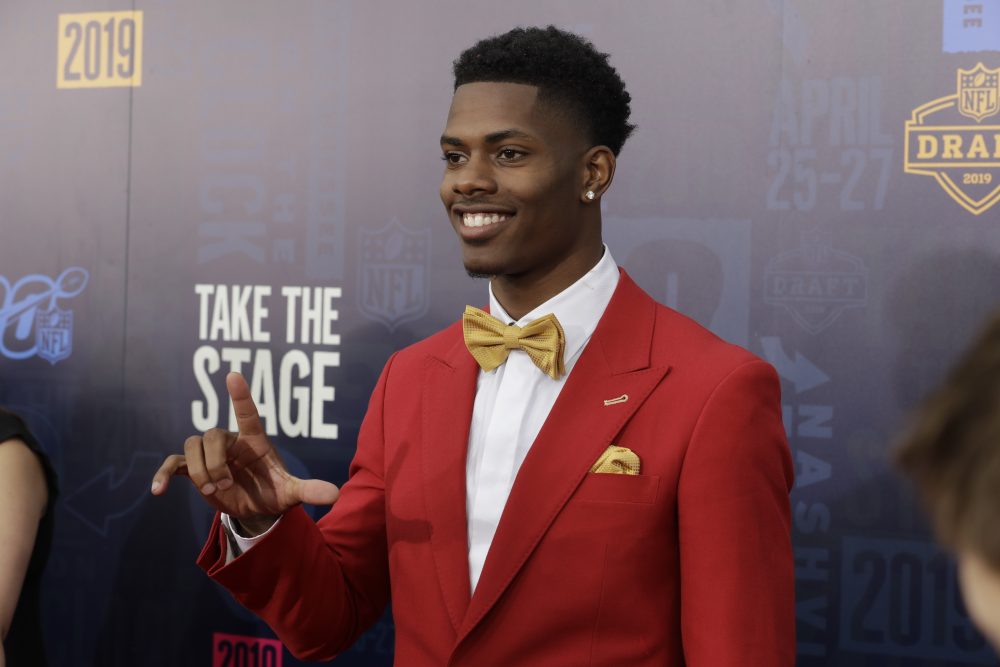 BEREA — Greedy Williams made a habit of causing missed connections in the SEC throughout his collegiate career.

Friday he was on the receiving end of one.

The Louisiana State cornerback missed the initial call from Browns general manager John Dorsey informing him that the team just moved up three spots to make him the No. 46 pick of the NFL Draft — the Browns first selection and 14th of the second round — after trading picks 49 and 144 to Indianapolis.

Fortunately, Williams reached the Browns’ front desk and was connected to Dorsey.

“Greedy was giddy,” Browns coach Freddie Kitchens said. “He was excited to come to Cleveland.”

He was so excited that he made a couple of Super Bowl predictions involving his new team. He said his daughter started crying when he got the news and he grabbed her up, letting her know that they finally made it.

“We’re going to be in Cleveland,” Williams said. “I hope she’s ready for the orange, brown and white.”

Williams, whose real name is Andraez, said Greedy was given to him as a nickname long before he became a ball-hawking corner. At 6 months old, he said his aunt began calling him Greedy Deedee because he used to drink a lot of milk.

Deedee never stuck, but Greedy got greedier as he evolved into an elite football prospect. He had eight career interceptions, including an SEC-leading six as a redshirt freshman in 2017. He also had 71 career tackles and 28 passes defensed. He was named to five All-America teams — three as a first-teamer and two as a second-teamer — in 2018.

“I’ve been playing football my whole life and I always love to have the football in my hands,” Williams said. “Transferring to defensive back, I knew whoever threw at me I’d get the ball in my hands. I’d make that impact as a defensive back. Coming to Cleveland, I’m that guy who can get to the ball two or three times a game and I know for sure Baker Mayfield is going to capitalize on the interceptions I get.”

Cleveland traded its first-round pick, No. 17 overall, in the offseason to the Giants to acquire Odell Beckham Jr., another LSU star who left an impression on Williams. The rookie said Beckham came back and visited LSU, and even sent players shoes.

He had similar praise for browns wide receiver Jarvis Landry — who also played for LSU — and is ready to learn from the two veterans.

“I know those guys are going to get me right,” Williams said. “For playing my position, just going against (them), they’re going to tell me what they look for in a corner. I’m definitely ready to match up against those guys in practice. You’ll be able to cover anybody if you can cover them two. I’m just very excited, man. I thank Cleveland for taking an opportunity on me. This is big for me and my family, Cleveland has a lot more fans coming from Louisiana.”

Kitchens said the Browns met and spent a lot of time with Williams at the NFL combine. One thing that stood out to him and Dorsey was Williams’ love for football, a characteristic Kitchens said is a prerequisite for everybody they look to bring onto the team.

Dorsey described Williams as “very highly talented” and was impressed with what the position coaches at LSU had to say. He admitted he was trying to move up even higher to take him.

“Yeah, that is how much I like the guy,” Dorsey said. “I think the guy is a heck of a football player.”

Tim Couch looks back at the night he was the NFL Draft’s No. 1 pick
NFL Draft: Safety Sheldrick Redwine brings versatility, eagerness to hit he learned growing up in Miami