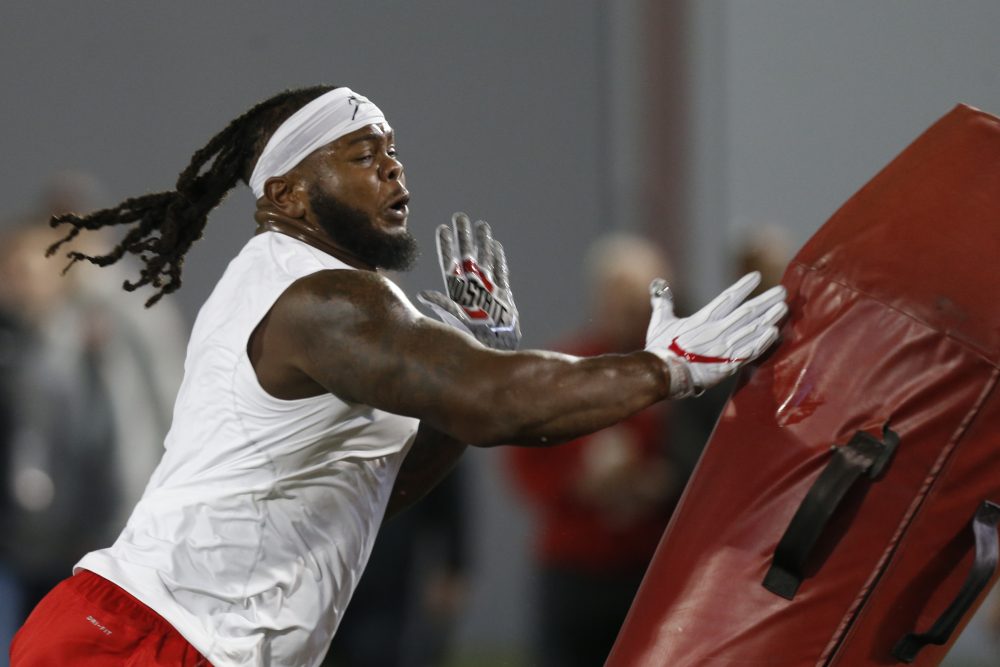 Tracy Sprinkle doesn’t have to wait any longer.

The Elyria and Ohio State graduate is getting another crack at the NFL, as the Kansas City Chiefs invited him to rookie minicamp that runs Thursday through Saturday.

Sprinkle, a 6-foot-3, 295-pound defensive tackle, signed with the Carolina Panthers after going undrafted in 2018 and was cut at the end of August. He was out of football until the Alliance of American Football started in February.

He ranked tied for fourth in the league with five sacks for the Atlanta Legends. He had one each in five games until the league folded after eight games.

“Exactly what I wanted to do in that league I did it,” he told The Chronicle recently. “I can’t complain. I wanted to go out there and express my pass-rush ability and express that I can still be stout in the run, and I felt like I did it.

“So time to see how the table’s going to fall coming up soon here in the next few weeks and hopefully I’ll be back in the National Football League.”

He was working out in Pittsburgh, getting ready for the call that finally came.

The Chiefs assessed their roster after the draft this weekend and want to take a look at Sprinkle as they make the transition to a 4-3 scheme. He fits as an athletic three-technique tackle.

The rookie minicamp is open to young players who aren’t necessarily rookies.

His agent, Vince Calo, said other teams are interested if Sprinkle leaves Kansas City without a spot on the 90-man roster.

“Very proud of him continuing to work and get better,” Calo said in a text message.