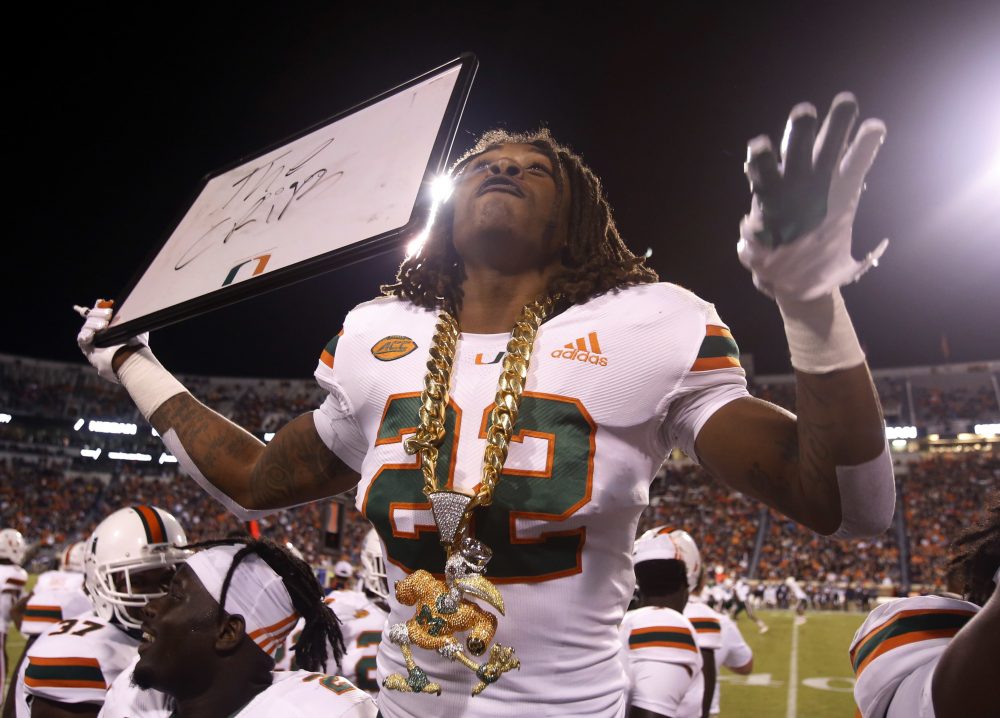 BEREA — Sheldrick Redwine is more like a shot of whiskey.

He packs a wallop.

Redwine, the Browns’ fourth-round pick at No. 119 Saturday, made the switch from cornerback to free safety in 2017 at the University of Miami. The Browns believe he has the versatility to play free and strong safety, and his eagerness to hit is valued in a strong safety playing near the line of scrimmage.

“Will not turn down a chance to hit,” NFL.com’s Lance Zierlein wrote in his scouting report. “Forceful striker as a tackler and to dislodge the throw.”

“You are looking for dogs. You are looking for alphas on defense,” director of college scouting Steve Malin said Saturday. “Obviously you can see what we are trying to do is we are trying to build a championship team. All of us have come from winning organizations. We understand what it takes, and it takes a special person to get you over the hump.”

Redwine (6-foot, 196 pounds) confirmed the scouting report that he loves to hit, saying he developed the mentality at Richmond Park in Miami, where he grew up.

Redwine can run, too. He clocked 4.44 seconds in the 40-yard dash at the scouting combine and had a vertical jump of 39 inches.

The athleticism turned into production, with 64 tackles, three interceptions and three sacks in 13 starts as a senior.

Free safety Damarious Randall and strong safety Morgan Burnett are the starters for the Browns, with Eric Murray able to back up at both spots after being acquired in a trade with Kansas City. Redwine enters the mix and could be a future replacement for Burnett, who’s 30 years old.

“I feel comfortable anywhere, but definitely in the box, you have to be aggressive down there in the box with those big bodies and stuff,” Redwine said.

His history as a cornerback excites the Browns, because he can be used in coverage, maybe even as a big nickelback.

“The game is a coverage game,” Malin said. “You have to have physicality, but you also have to be able to have guys that can cover. We feel like he gives us the flexibility to do that stuff. He has a physical presence but also he has good ball skills and can play in coverage for us.”

Scout Matt Donahoe, who tracked Redwine at Miami, expects his speed to translate into strong special teams play. The late transition to safety is also encouraging.

“He has upside because I think he is only just getting comfortable playing safety. There is a lot of upside with that,” Donahoe said.

Redwine didn’t have far to go to get to the Miami campus in Coral Gables, and that’s exactly what he wanted.

“The U was always the first choice, even when I didn’t have an offer from them.”

“I have a good relationship with those guys,” Redwine said.

Vice president of player personnel Alonzo Highsmith is also a Hurricane, and Redwine said they made a good connection during the scouting process.

He was one of three defensive backs picked by the Browns, joining LSU cornerback Greedy Williams in the second round and Tulane cornerback Donnie Lewis Jr. in the seventh. Redwine said a cousin, John Battle, played with Williams.

“John always told me that Greedy was a great player, a feisty cover corner,” he said. “Having somebody like that coming in with me, another DB, we will make this transition smooth.”