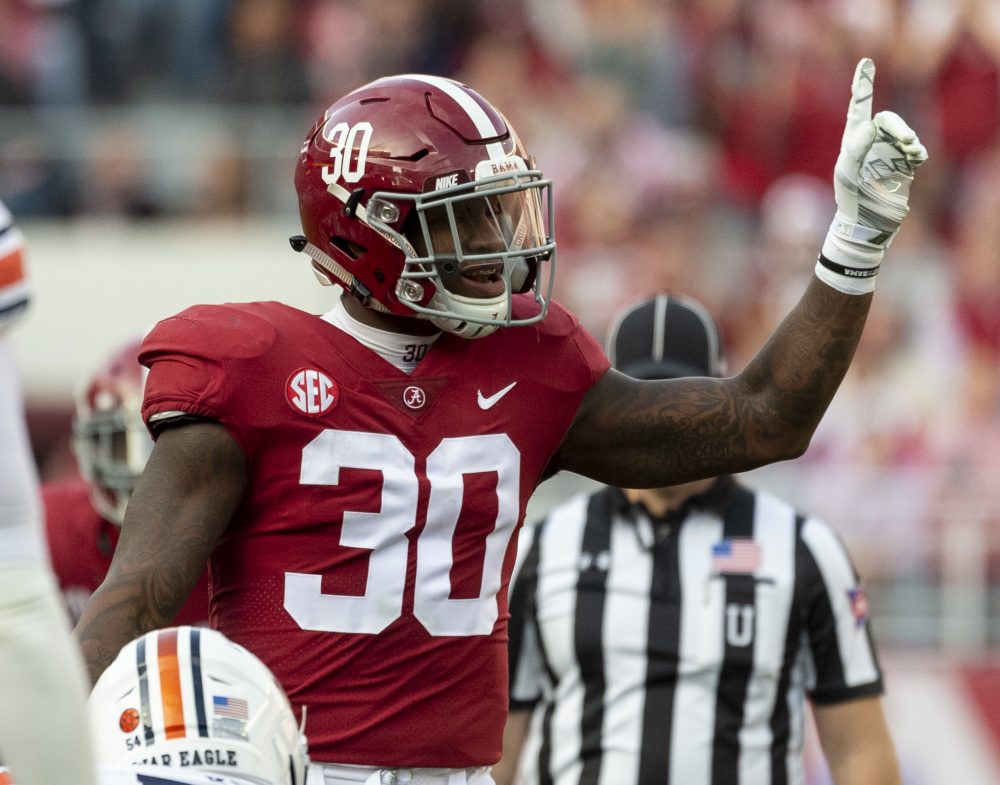 “Mack can run sideline to sideline,” said Donahoe, the scout responsible for the Southeast.

“Mack is a really, really good athlete,” Saban told The Chronicle-Telegram on Monday. “He runs well, he’s a good cover guy, he’s an instinctive player. He’s got playmaking ability. He was a good player for us here.”

Wilson was the Browns’ first fifth-round pick at No. 155. He’s scheduled to join the rest of the seven-man draft class, undrafted free agent signees and players invited for tryouts Friday through Sunday in Berea for rookie minicamp.

When he decided to leave Alabama with a year of eligibility remaining, Wilson (6-foot-1, 240 pounds) expected to be a first- or second-round pick. Some analysts ranked him the third inside linebacker behind Devin White and Devin Bush, who went Nos. 5 and 10.

The draft went a much different way, leaving Wilson promising the other 31 teams would feel “all the pain” that built up for him over the torturous weekend.

He started for only one year with the Crimson Tide, following Reggie Ragland, Reuben Foster, Rashaan Evans and Shaun Dion Hamilton as inside linebackers who headed to the NFL. While the Browns see potential in the limited resume, Saban also sees missed opportunity. 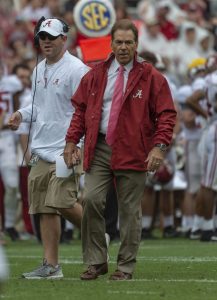 “You can create upside for yourself if you stay in college because you create more value for yourself and get picked higher in the draft, make more money, have a more stable position,” said Saban, who’s won six national titles. “Or you can roll the dice and go out in the draft and not make as much money, not have a very stable position, have to work to make the team and create value over the three years that you try to play. So I guess you could argue that point either way.”

Some analysts noted in Wilson’s season as a starter he didn’t show the growth desired of a player with his physical gifts and five-star background.

In 15 starts as a junior, Wilson had 71 tackles, five tackles for loss, two interceptions, seven passes defensed and a sack. He added four interceptions in 2017, starting two of 12 games while dealing with a broken bone in his right foot that eventually required surgery.

“The nice thing about him is that he really only started one year so I think there is room for him to grow and still develop as a player,” Donahoe said. “He is going to learn from some of the older guys here and learn from our coaches and some of the other linebackers and see him just continue to grow as a player.”

Wilson played inside in Saban’s 3-4 scheme and was responsible for making the defensive calls.

“This was his first year in that position and I think he did a good job,” Saban said. “But it was also a little bit of a work in progress for him to learn how to do it, which most of the guys that we’ve had here — we’ve had some really good linebackers — they went through the same kind of developmental process taking that added responsibility on. Mack did a pretty good job for the most part.”

The lack of experience contributed to the areas Saban cited when asked how Wilson can improve.

“I just think consistency and discipline and keying and eye control, that type of thing,” Saban said. “Just eliminating mental errors and things like that, which come with experience. And this was his first year as a starter and that was what he improved on throughout the course of the year and what he’ll have to continue to improve on as a pro player.”

Saban has been vocal in the past about players leaving school too early when they’re not going to be first- or second-round picks. The Montgomery Adviser reported Saban tried to talk Wilson into staying for his senior season.

“It wasn’t a difficult choice honestly,” Wilson said after getting drafted. “These opportunities don’t come often. At the end of the day, I wanted to be able to help take care of my family, and I felt like I was the best linebacker in the draft. I gave it a chance.

“I did a lot for the University of Alabama and I still feel like I haven’t reached my full potential yet. I want to be able to reach my full potential in the National Football League and continue to produce as a player and as a man and just bring that winning attitude to Cleveland.”

Wilson said he’s best suited to play in the middle in Cleveland’s 4-3 scheme, but the Browns believe he’s athletic and smart enough to play any of the three spots. He ran a 4.7-second 40-yard dash at his pro day.

“I think he can play any place,” Saban said. “He’s got some rush ability, he’s got a burst, an acceleration. He’s a good blitzer. He’s played mostly Stack ’backer here, which is somewhere behind the line of scrimmage, not at the end of the line of scrimmage. And that’s what he has the most experience at, so that’s probably what he would do best.”

The steep slide into the fifth round raised questions around the league. His agent speculated to the Montgomery Adviser that Wilson’s prolific social media history might have played a role, and The Athletic’s Dane Brugler tweeted one team didn’t have him on its draft board because of “attitude issues.”

“He was a good guy. Never had any problems, good student, would’ve graduated if he had stayed here,” Saban said. “Classic guy, good personality, very articulate. He was never an issue or problem, never got in trouble. Always went to class, did what he was supposed to do.”

Despite cutting short their time together, Wilson was glad he played for Saban.

“Obviously he is a great coach, one of the greatest coaches in college football,” Wilson said. “I was able to learn a lot from him and to just be able to be surrounded by a lot of great guys across the country and play at the University of Alabama.

“I just feel like we work extremely hard there, and I’m well-prepared for the next level. I just have to have that mindset and get ready to go at it and work even harder.”

NFL Draft: Safety Sheldrick Redwine brings versatility, eagerness to hit he learned growing up in Miami
Greedy Williams embraces falling into 2nd round of NFL Draft: My place was to be in The Land