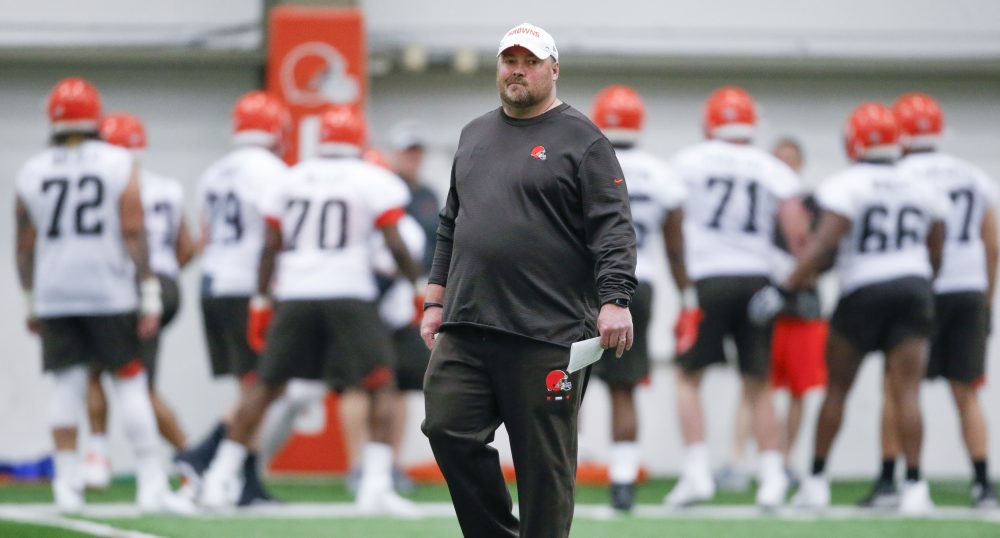 Freddie Kitchens’ speedy ascension to coach of the Browns took many people by surprise.

He gave Kitchens his first job at a big-time college, hiring him as a graduate assistant at LSU in 2000, and says he saw the potential and bright future Kitchens has realized.

“Yeah, because to me Freddie was a good teacher, he’s very smart, very bright about football and he’s the kind of person that I think people see he’s authentic in terms of how he comes across to people, players can trust him, believe in him,” Saban told The Chronicle-Telegram last week. “It’s no surprise to me, because he did a great job for us. I’m happy for him that he’s got the opportunity he’s got now, I think he’ll do a great job.”

Kitchens was in his second year as a coach when Saban hired him along with Rick Trickett, who started Kitchens in the profession the previous year at Glenville State in West Virginia. Kitchens was only a couple of years removed from his time as Alabama’s starting quarterback. 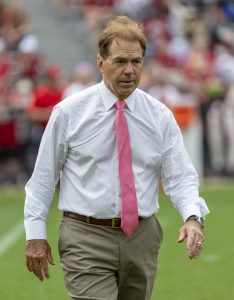 Yet Saban spotted an ability in Kitchens he believes is critical for success in the NFL.

“He does things to help players get better,” said Saban, who’s won six national championships in college and coached the Miami Dolphins in 2005-06. “In my time in the league, if you do that, players are never going to be an issue or a problem because they know that you can create value for them, and I think Freddie’s always been able to do that.”

“I definitely want to add value, if that means empower them,” Kitchens told The Chronicle on Friday after rookie minicamp practice. “Because at the end of the day this is their team. I’m just a front man for it, all right, and I just control the situations and my ultimate job and our staff’s ultimate job is to get the best out of each individual. And when you get that, you’ll get the best out of your team if they can come together and play as one. And that’s what we try to do.”

WATCH: Freddie Kitchens, head coach of the Cleveland Browns, made an interesting statement to this weekend’s Alabama coaching clinic that Coach Saban shared with his team…

In Kitchens’ 20 years as a coach, the last 13 in the NFL coaching tight ends, quarterbacks and running backs — before earning the head coaching job with an eight-game stint as offensive coordinator last year — he’s found a way to make his players better.

Saban isn’t the only A-list coach to influence Kitchens. He played for Gene Stallings at Alabama and coached under Sylvester Croom at Mississippi State, Bill Parcells with the Cowboys and Bruce Arians with the Cardinals.

“I worked for a lot of good guys that I learned a lot from. But I think what’s more important for me was how I hit them, when I was with them,” Kitchens said. “And for Coach Saban to be my first coach, for me to realize what it was about and what was important and to see him actually do it, from an organizational standpoint and from a communication standpoint and everything. I think that was the most important thing with him.”

After five seasons at Michigan State, Saban was in his first season at LSU when he hired Kitchens. He won his first national championship with the Tigers in 2003 and has added five with Alabama.

Kitchens’ rise to NFL coach was difficult to project in 2000, as was Saban becoming arguably the greatest college coach in history.

Kitchens insists he saw it coming.

“Because I know how he operated when he was at LSU,” he said. “I know what he did in Miami. So, yeah, I’d like to think I did. I didn’t realize it was going to be six, but I knew they were going to be perennial contenders.

They’ve stayed in touch, talk often about players and recently reconnected at a coaching clinic in Alabama. They haven’t worked together since that one season 19 years ago.

“There’s been several times when I wanted to hire him and he’s always been in a better position than I could hire him,” Saban said.

“I definitely gave it thought a few different times,” Kitchens said. “But I’m a loyal guy, so I’m kind of loyal to the players and to the guys I work with and for.

“But, yeah, it was definitely tempting on a couple of different occasions. It just wasn’t the right time.”

Jamie Gillan, “The Scottish Hammer,” destroys footballs, spins a yarn and may challenge for punting job
Olivier Vernon appreciates Browns’ plan, glad to be part of it