Mailbag: Which veteran is in danger of losing starting job? Too much exposure for Baker Mayfield? Will Duke Johnson be here Week 1? 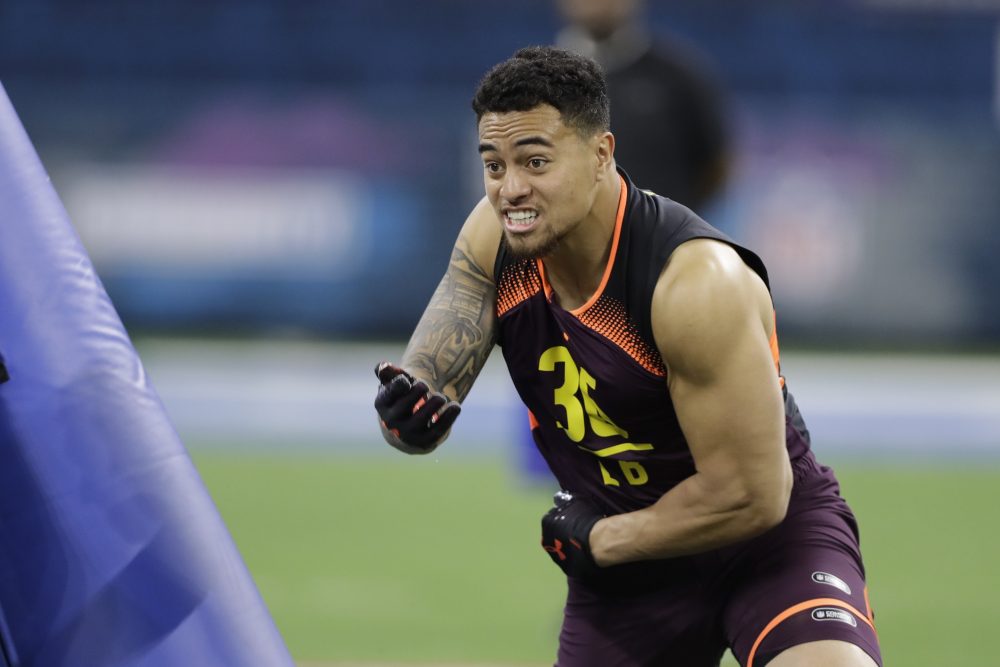 Q: The one Browns veteran starter most likely to be supplanted by a rookie on Day 1 of the regular season?

A: If you don’t count kicker and punter, there are three possible answers: cornerback Terrance Mitchell, strong safety Morgan Burnett and linebacker Genard Avery — assuming he counts as a veteran starter in his second year.

I’m going with Avery. General manager John Dorsey drafted two athletic linebackers because he recognized the significant need at the position. And while established veterans Joe Schobert and Christian Kirksey could be entering their final years with the Browns, I believe they’ll keep their jobs this season and make strong cases to return in 2020. So that leaves Avery vulnerable to third-round pick Sione Takitaki out of BYU or fifth-rounder Mack Wilson from Alabama. Give me Takitaki taking the opening snap Week 1 against the Titans.

The Browns want cornerback Greedy Williams, the second-round pick, to join Denzel Ward in the starting lineup and that’s entirely possible, which would shift Mitchell to nickelback. But I could see Williams struggling initially with the step up to the NFL and opening as a reserve.

Q:
What’s the deal with all this exposure for Baker Mayfield? Too much too fast?

A: Your question followed Mayfield giving the “Riders up” call before the Kentucky Derby. First of all, that’s a really cool honor and shows the celebrity and crossover appeal of Mayfield. It’s also a huge spotlight, with 150,000 people at Churchill Downs and millions watching on TV, so I get where you’re coming from. Mayfield also spends much of his offseason in Los Angeles and runs in famous circles.

While normally I’d answer yes to your question, I think Mayfield is a different dude. Not only does he thrive in the spotlight, he seems to me to have a hyperactive personality and work best when he has multiple things to keep him engaged. So I wouldn’t be worried that Mayfield’s focus on football is being taken away by other activities in May.

Having said that, if he struggles early in Year 2, he’s left himself open to criticism.

Q: Do you think Duke Johnson opens the season in a Browns uniform?

A: I’ve changed my tune on this one. I fully expected Johnson to be traded during the NFL Draft, at the latest, but the weekend came and went with Johnson still on the Cleveland roster. So I’m starting to believe GM John Dorsey when he keeps saying he values Johnson and he’ll have a role in 2019.

While I know Dorsey would trade Johnson for the right offer — signing Kareem Hunt did make him expendable — the likelihood of him getting that offer has dropped considerably. A specific injury to a team with playoff aspirations seems like the only scenario that would change this.

So, yes, I do expect Johnson to be at FirstEnergy Stadium for the opener vs. Tennessee. But it will be interesting to see how he handles the situation after asking for a trade and thus far skipping the voluntary portions of the offseason program.

A: Hey, Nick, you remind me a lot of a guy I’ve been seeing on TV a lot lately. Maybe we can talk Browns sometime.

As for your question, I’m sticking with my way-too-early prediction of 10 wins. So give me the over.

But as I type this on my flight to Vegas — actually, we have a stop in Dallas — I wouldn’t put big bucks on this bet. I wouldn’t be surprised in the least if the Browns won “only” eight or nine games.

Q: People are concerned with the left tackle position, but for me right tackle Chris Hubbard was just as big a liability. Who are the Browns bringing in/brought in to compete with him?

A: Like the rest of the line, I thought Hubbard looked much better in the second half of last season. Freddie Kitchens and Baker Mayfield surely deserve credit, but Hubbard attributed his improvement to a change in technique in his first season as a full-time starter. He adjusted his pass set, taking a much shorter step back off the line. He studied other right tackles and was quick to get comfortable with the significant change.

GM John Dorsey saw enough in Hubbard’s limited playing time in Pittsburgh to give him a five-year, $36.5 million contract last offseason, including $15 million guaranteed. But that came with the recommendation of then-coordinator Todd Haley, so it’s safe to wonder how invested Dorsey remains in Hubbard.

While I think Hubbard will be fine — my concern is more about right guard Austin Corbett and left tackle Greg Robinson — Dorsey added insurance in the offseason. Kendall Lamm was signed as a free agent from the Texans after starting 13 games at right tackle last year for the AFC South champions. Another possibility is sixth-round pick Drew Forbes, who will probably wind up at guard but could get a look at right tackle.

Q: How can you declare a pick a miss on April 30? If Austin Seibert wins the job and makes kicks, maybe wins a couple of games, is it still a miss?

A: You’re referring to an analysis I wrote following the draft in which I criticized the selection of Seibert in the fifth round.

Obviously it’s way too early to make any judgments on whether the picks will work out. It’s also too soon to say the pick of cornerback Greedy Williams in the second round was a hit — like I did.

But my opinion of the pick of Seibert is about his position rather than his skill level or potential. I don’t like spending draft picks on kickers because I think the position is too volatile and the talent gap between a draft pick and undrafted rookie too small to warrant the use of a pick. I’d much rather see a fifth-rounder spent on defensive line depth or a speedy receiver.

This doesn’t mean Seibert won’t be good. And it doesn’t mean I don’t realize the importance of kicker — I was in New Orleans when Zane Gonzalez imploded — it just means I wouldn’t draft a kicker. Obviously John Dorsey doesn’t share my view.

Mailbag: Any holes left in the starting lineup? When is help coming at LB? Extensions for Damarious Randall, Rashard Higgins?
Mailbag: Best chances for an upset and letdown? Under-the-radar players? The top secondaries the Browns will face?