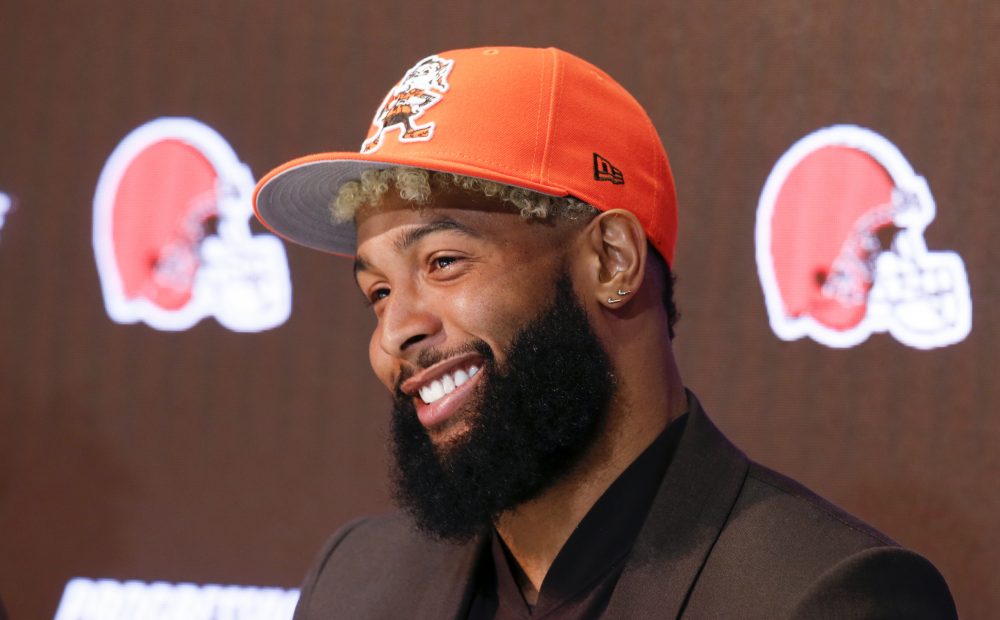 He was back inside Browns headquarters, captured on an Instagram video of fellow receiver Antonio Callaway.

Beckham returned to Berea for the first time since the voluntary offseason program started April 1. On that day he met coach Freddie Kitchens and many of his teammates and talked to reporters for the only time since being acquired March 13 in a blockbuster trade with the New York Giants.

Then he left, while most Browns players stayed for the voluntary program, including a minicamp in April.


Organized team activities began Tuesday morning, and Beckham practiced for the first time with the Browns, according to a league source.

The team will hold 10 OTA practices over the next three weeks before mandatory minicamp June 4-6. The practice Wednesday is the only one this week open to the media.

While Kitchens and general manager John Dorsey have downplayed Beckham’s absence during the voluntary sessions — Kitchens said he talks often to Beckham — they would prefer if all the players attended and would like Beckham to participate in some of the OTAs.

Beckham didn’t disappear during his time away from the Browns, especially on social media.

He responded to the critics of his absence by guaranteeing he was training in Los Angeles, as is his normal offseason routine. He’s also been working on his golf game at the driving range and asked for equipment advice.

And he made headlines at the Met Gala last week. First, by talking about the Browns becoming a dynasty like the Patriots and calling quarterback Baker Mayfield a Hall of Famer in an interview with GQ. And then by wearing a kilt and tuxedo jacket with the sleeves torn off.

Bold outfit and predictions from Beckham

It looks like he is finally ready to put on a Browns uniform.