Notes: Interest in Gerald McCoy; Cleveland could find out Wednesday if it will host 2021 NFL Draft; rookie Greedy Williams signs 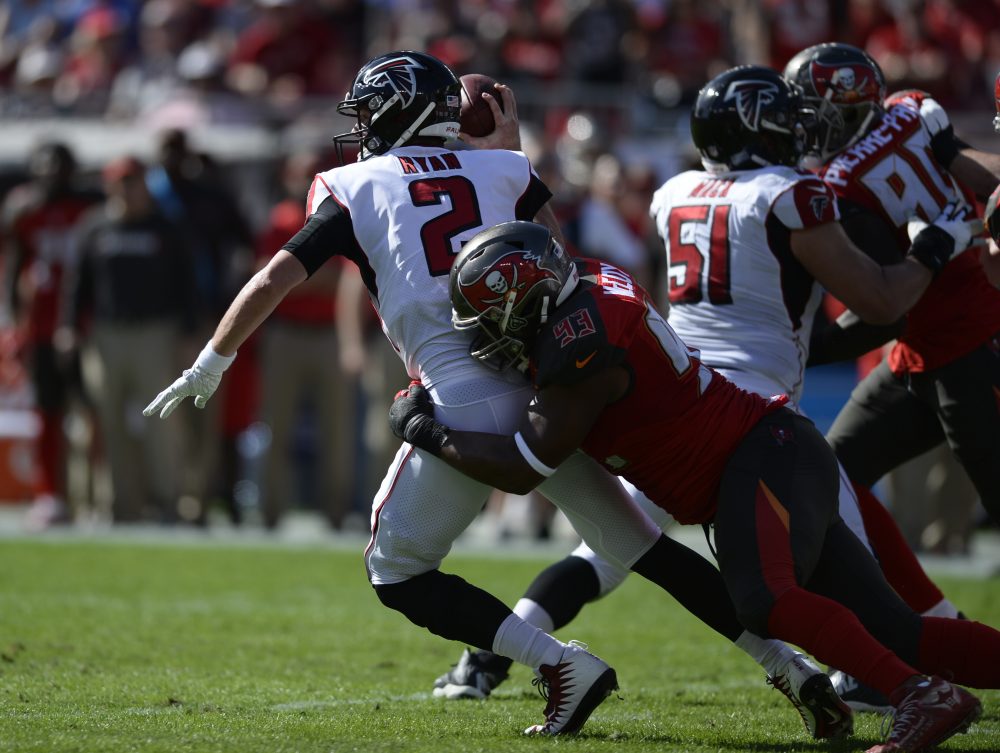 McCoy was released by the Tampa Bay Buccaneers on Monday when they couldn’t get a taker for McCoy and his $13 million salary. The rest of the league’s teams are now free to set a price for the six-time Pro Bowler.

McCoy, 31, reportedly wants to play for a playoff contender, which for a change doesn’t eliminate the Browns. They’re coming off a 7-8-1 season, made significant additions in the offseason, are the betting favorite to win the AFC North and are doing their research on McCoy.

The Colts, Chargers, Patriots and Cowboys are among others who make sense.

None of those teams has receiver Odell Beckham Jr.

Beckham believes he and receiver Jarvis Landry spoke his trade from the Giants to the Browns into existence by discussing it for months. Beckham made known his desire for McCoy to join them Monday night by replying to an Instagram post about potential landing spots.

General manager John Dorsey already remade the defensive line this offseason by trading for end Olivier Vernon and signing tackle Sheldon Richardson as a free agent, and has shown he’s not afraid to be bold. So McCoy can’t be ruled out.

But the league-wide demand for him and the contract he demands will be key factors.

The Browns have used much of their salary cap space but still rank fourth in the league with $33 million after the top 51 contracts, according to spotrac.com. The decision for Dorsey is whether he wants to use perhaps $10 million in 2019 at a position that isn’t a pressing need.

McCoy would add experience and give the team a potentially dominant three-man rotation in the interior. He had six sacks and 21 quarterback hits in 14 games last year. In nine seasons since being the No. 3 pick out of Oklahoma in 2010, he has 54.5 sacks and 79 tackles for loss in 123 games.

The Browns haven’t given up hope of hosting an NFL Draft and are excited about their chances of landing one soon.

The team and the Greater Cleveland Sports Commission submitted another bid to host in 2021 or beyond, and the decision could be made at the league meetings Wednesday in Florida.

“We’re confident in our city and our proposal, and feel Cleveland has a great chance at securing this event,” commission president and CEO David Gilbert said in a statement.

The bid by Cleveland/Canton was a finalist for the 2019 and ‘20 drafts, but Nashville, Tenn., and Las Vegas were chosen. Canton isn’t a part of the current bid.

“We continue to be excited by the prospect of hosting an NFL Draft in Cleveland and are confident in Northeast Ohio’s ability to create a special experience for fans, players, alumni and the community,” senior vice president of communications Peter John-Baptiste said. “In partnership with the Greater Cleveland Sports Commission, our leadership has remained committed to hopefully bringing this marquee event to Cleveland and will continue to pursue the opportunity with the league.”

Only third-rounder Sione Takitaki, a linebacker from BYU, remains unsigned from the seven-man draft class.

Williams was the team’s top pick after the No. 17 selection was sent to the Giants in the Beckham trade. Williams’ four-year deal is worth about $6.5 million, including a signing bonus of approximately $2.7 million.