Gerald McCoy’s visit with Browns ends without a deal, but talks continue 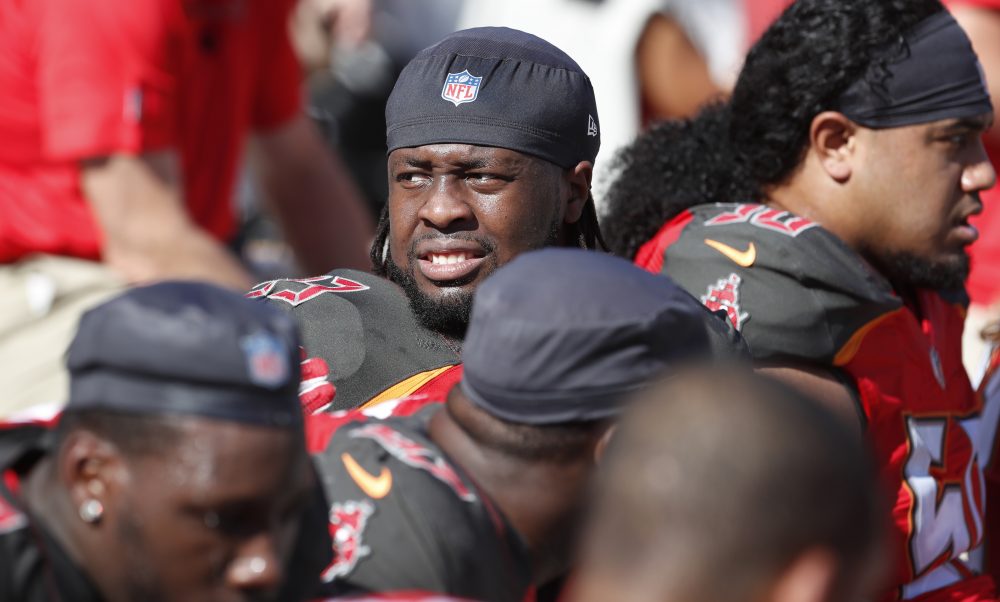 But talks between the Browns and the free agent defensive tackle continued Friday night after the positive visit had concluded, a league source told The Chronicle-Telegram.

McCoy, 31, was released Monday in a cost-cutting move by the Buccaneers after nine years and six Pro Bowls.

He has drawn significant interest on the open market — Rick Stroud of the Tampa Bay Times reported 10 teams were involved, with offers as high as $11 million a year — and the Browns were his first stop, which gave them the chance to finalize a deal before another team could make its sales pitch in person.

Stroud reported the Browns remained “very much” a candidate to sign McCoy but he will visit the Ravens on Tuesday. He was returning to Florida to spend the holiday weekend with his family.

General manager John Dorsey didn’t pursue McCoy in a trade, not wanting to take on his $13 million salary. With Sheldon Richardson and Larry Ogunjobi slated to start at tackle, Dorsey may be reluctant to even approach that number.

But Dorsey is aggressive, has room under the salary cap and continually vows to turn over every rock in the search for talent.

“He can still play the game of football,” Dorsey said Thursday.

McCoy would give the Browns four Pro Bowlers for the four spots across the defensive line. He went to six straight Pro Bowls from 2012-17 and would join Richardson, who made the Pro Bowl in 2014, and ends Myles Garrett and Olivier Vernon, who made their all-star debuts last season.

Dorsey inherited Garrett, the No. 1 pick in 2017, then traded for Vernon and signed Richardson (three years, $37 million) this offseason. Signing McCoy would likely bump promising youngster Ogunjobi to the bench after 5.5 sacks in 2018 despite playing the last four games with a torn biceps.

Garrett says Browns are fine without McCoy, predicts Pro Bowl for Ogunjobi in 2019

He’s known for his explosive first step, and teammates, coaches and opponents also rave about his personality.

“I think a lot of Gerald,” said Browns offensive coordinator Todd Monken, who spent the previous three years in the same role with the Buccaneers. “Gerald has had a tremendous career and was an outstanding football player for us. He’s a great person.”

The Browns’ seven-man draft class is under contract.

Linebacker Sione Takitaki, a third-round pick out of BYU, was the last to sign, finalizing the four-year rookie contract Friday.

“inked it up! Extremely blessed!!” he tweeted.

The Browns didn’t have a first-round pick, sending No. 17 to the Giants as part of the trade that brought receiver Odell Beckham Jr.