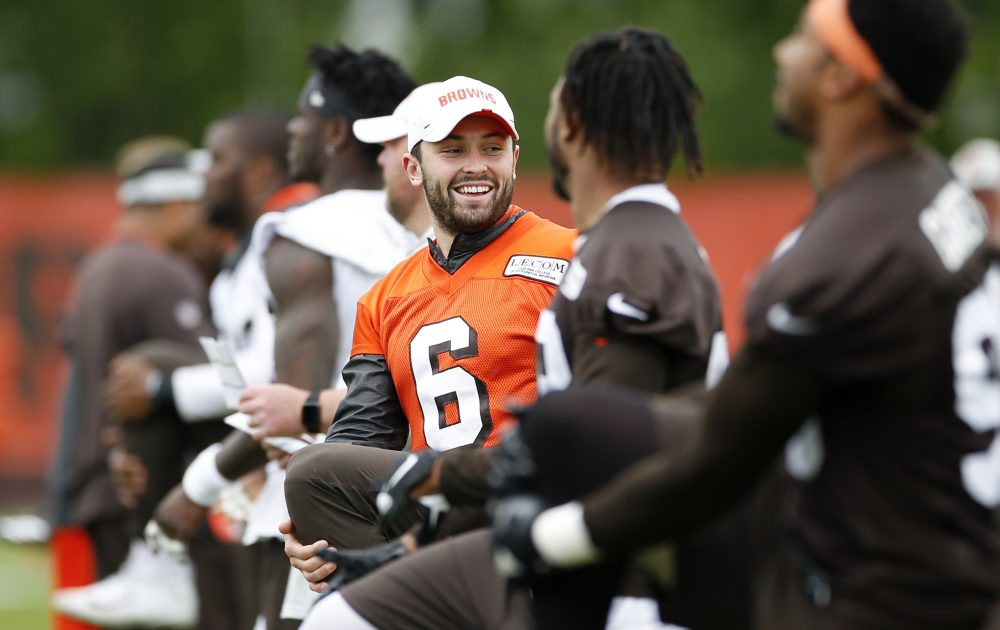 He doesn’t want to go anywhere.

The offseason is usually the time for extensions to be given, so the next couple of months will be important. Randall was asked his confidence level that something will be able to get done with the Browns.

“I’m not sure,” he said. “I just know I’m under contract this season and I’m just looking forward to doing what I can to help this team win games.” 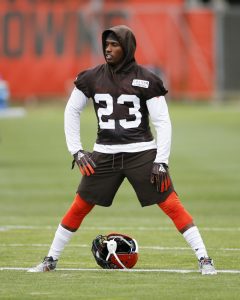 Randall, 26, joined the Browns from the Packers in March 2018 in a trade for quarterback DeShone Kizer. Randall had been a first-round pick of the Packers — No. 30 in 2015 — but immediately embraced his new surroundings.

“Just the feel of being here,” he said. “Just the fans, how they took everything after coming off of an 0-16 season and the love and support they had for us. That is something. Just playing for a football town, a football state, was very special to me.”

Randall had a solid debut season with the Browns, starting 15 games and totaling 84 tackles, a team-high four interceptions, nine passes defensed and a fumble recovery. He missed a game with a groin injury but played through a painful heel injury.

He said the production would’ve been much better if former coordinator Gregg Williams hadn’t had him playing so far off the line of scrimmage. He expects much better results under new coordinator Steve Wilks.

“I’m a very versatile guy. I feel like I can fit into any defensive scheme, but I feel like this one fits me the best. I’m going to be around the ball, making a lot of plays.”

The Browns tried for almost two weeks to sign defensive tackle Gerald McCoy, who picked the Carolina Panthers on Monday over the Browns and Ravens.

“We want people that want to be here,” coach Freddie Kitchens said. “I wish Gerald nothing but the best. We do not want any reservation about trying to convince someone to come here. What we are about to do, it is not for everybody. It is going to take a lot of hard work and then we will see where we are at.”

McCoy picks Panthers, gets shot at revenge vs. Bucs

STAND BY YOUR MEN

Receiver Jarvis Landry attended the organized team activities despite not practicing because of a minor injury.

“The main part is be here for the guys,” he said. “Continue to be a leader and get back into a routine and to support Freddie and be here for him.”

Kitchens had never been a head coach at any level until he was hired in January.

“I don’t think he even realizes he’s the head coach,” Landry said. “He still has the same demeanor, the same personality and it’s something that I know, personally, I respect and it’s part of the reason why I wanted to come back and be around for him and be around for the guys.”

Landry wouldn’t disclose the injury that’s also sidelining him for minicamp but said he didn’t need surgery and will be ready for the start of training camp in July.

Rookie cornerback Greedy Williams, a second-round pick, missed an interception on a deep Baker Mayfield pass in the vicinity of Odell Beckham Jr. and had two breakups in the end zone. He lined up outside in the first-team nickel package.

** Greg Joseph made a 51-yard field goal and rookie Austin Seibert a 50-yarder as they hurried onto the field in end-of-game situations.

** Duke Johnson had a rushing touchdown.

** Austin Corbett was the right guard with the first-team offense. Kyle Kalis was back with the second team after working with the starters for the last OTAs practice.

Desmond Harrison, who was the starting left tackle for the first eight games last year, was the only player not on the field for practice. Kitchens said he missed a flight and arrived late. Players were due to report Monday.