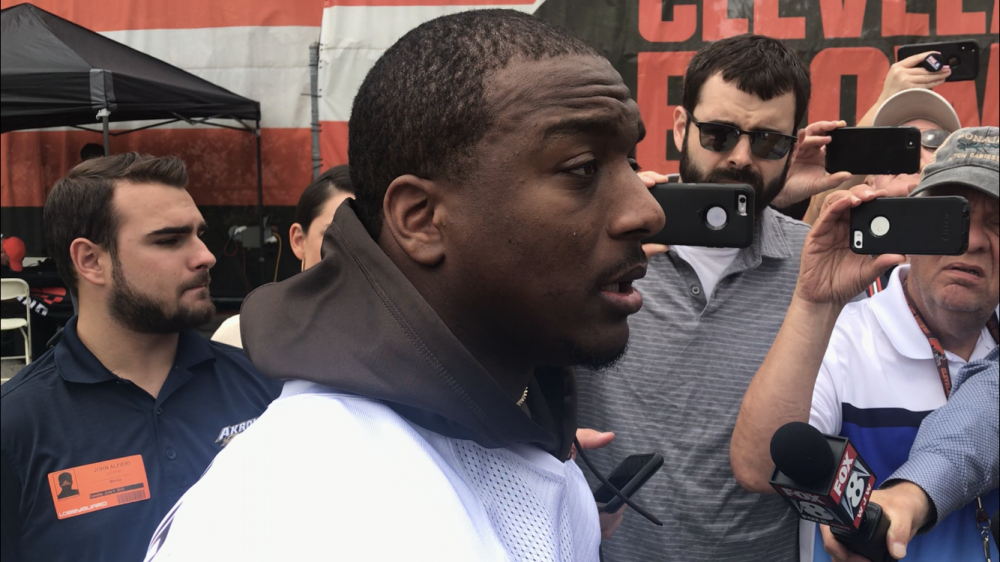 Duke Johnson is looking for a new team … and a new agent.

Johnson, the versatile Browns running back, has parted ways with agent Kristin Campbell, she confirmed to The Chronicle-Telegram on Tuesday.

NFL Network’s Ian Rapoport was first to report the move.

Campbell asked the Browns on April 1 to trade Johnson after general manager John Dorsey signed running back Kareem Hunt and made it known around the league he was willing to deal Johnson.

Dorsey hasn’t gotten a trade offer he considers acceptable and continues to say Johnson will play a vital role this season. Johnson, 25, skipped the entire voluntary portion of the offseason program before reporting for mandatory minicamp in June, when he reiterated his trade request.

“I only want to be somewhere I’m wanted,” Johnson said. “If you don’t want me here, there’s no need to keep me or force me to be here.”

Analysis: Browns should keep Johnson, trust him to be good teammate

The decision to attend minicamp saved Johnson $88,650 in potential fines by the Browns but may have cost him leverage in his desire to be dealt, which could’ve played a role in the decision to leave Campbell.

“Obviously he’s going to handle his stuff how he wants, but you’re either on this train or you’re not, it’s moving,” Mayfield said during minicamp. “You can get out of the way or you can join us.”

“F— Baker Mayfield for saying that dumb s— about Duke Johnson,” Campbell tweeted. “I guarantee you be the one to divide this locker room up. You are not in Texas at Cracker Barrel.”

Johnson explained he feels the Browns were disloyal when they made him available in a trade, and that’s the reason he wants out. He downplayed the addition of Hunt as a factor, and Hunt will begin the season serving an eight-game suspension.

Johnson also insisted he’ll act like a professional and play hard if he remains in Cleveland.

He signed a three-year, $15.6 million extension in the 2018 offseason after Campbell negotiated the deal.

The second wave of tickets for training camp will be available this morning at 10 on the team’s website. Fans can register to attend the final seven free practices of camp.

The first wave was claimed within hours last month.

** Receiver Odell Beckham Jr.’s youth football camp in Strongsville will be July 23. It was originally scheduled for July 22.

** NFL Network announced it plans to broadcast the Aug. 17 preseason game at Indianapolis.