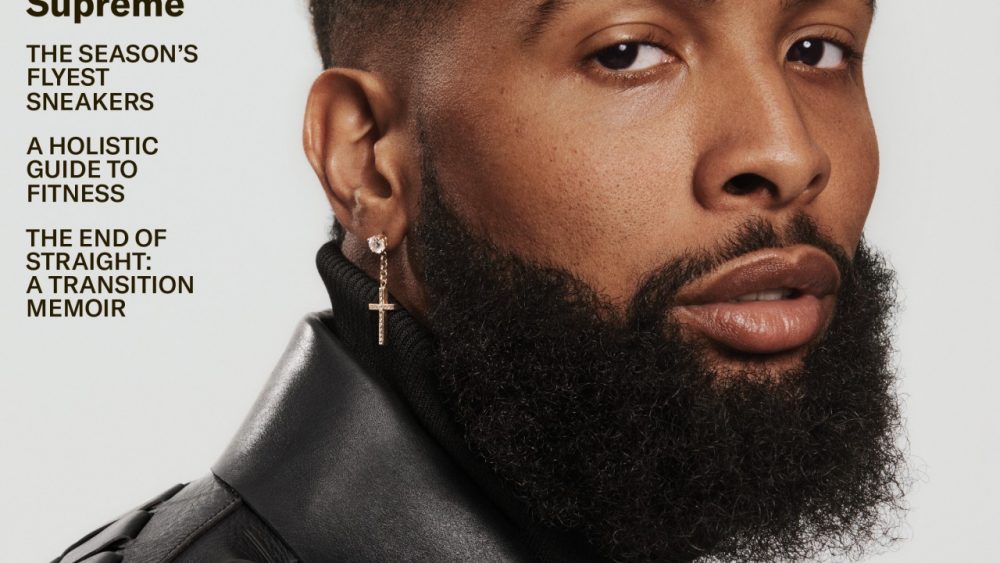 Odell Beckham Jr. says he’s happy again after being traded to the Browns.

He told GQ Magazine he wants to play 10 years “or until I can pass Jerry. That’s the goal: 23,000 yards,” Beckham said in a wide-ranging interview posted online Monday morning.

Beckham’s outlook is much more positive than it was a couple of years ago. He said things got so difficult for him with the Giants he would talk to his mom about retiring from football and “literally every day” thought about switching sports.

“Just off it. To love something so much to a place where it is my everything, and to watch it be tainted, or all kinds of things be in the middle of it,” he said of the NFL. “Like, it hurt me to my soul. It be like loving someone and putting them on such a level to where life is about them and you love that person through anything. Through the good, the bad. And to watch them do something so heinous and vulgar. Something just so, like, almost unforgivable. You still love them, but it’s, like, ‘Wow.’”

What bothered him so?

“Not to get on conspiracy-type talk, but there’s so much other stuff that goes on in the National Football League than football,” he said. “It’s unreal. I said in college that I fear the day that they make the game I love a business and not just the game I love.”

Beckham burst on the scene as a rookie in 2014 with 91 catches for 1,305 yards and 12 touchdowns in 12 games. He continued to put up big numbers and had two more Pro Bowl seasons, but the Giants struggled and his enjoyment dipped as criticism increased along with his popularity.

The March trade to the Browns helped change his perspective.

He touched on several other topics:

“I felt disrespected. Like, after everything I’ve done for them,” he said. “This is me being honest: This team has not been good for the last six years. Period.

“I felt disrespected, because I felt like I was a main reason at keeping that brand alive. They were getting prime-time games, still, as a 5-and-11 team. Why? Because people want to see the show. You want to see me play. That’s just real rap. … I felt disrespected they weren’t even man enough to even sit me down to my face and tell me what’s going on.”

Without naming names, he took a shot at Giants coach and former Browns coach Pat Shurmur.

During mandatory minicamp Beckham said he skipped all but one practice of OTAs because he knows what it takes to be in the best physical and mental condition for the season.

He gave GQ another reason.

Beckham is extremely active on social media, providing glimpses into his life, but he told GQ he makes it a point to keep his personal life personal.

“You never hear about the woman I’m dating or anything like that,” he said. “And you won’t. I don’t need to give you that.”

That hasn’t stopped gossip sites from speculating that he’s gay.

“Honestly wasn’t offended,” he said. “I’ve never once had no problem with anybody who has their own personal life that they live. I have friends who are gay.

“I have no problem with anyone’s sexual orientation.”

The Browns signed undrafted rookie center Lo Falemaka, who started 22 games at Utah. The roster stands at the maximum 90 players.

** The Browns worked out several players Monday, a league source told The Chronicle-Telegram.

One of those was former Giants running back Orleans Darkwa, 27, who’s rushed for 1,038 yards, a 4.2 average and nine touchdowns in 52 games and 13 starts. He didn’t play last season after tearing an Achilles tendon. He started 11 games for the Giants in 2017.