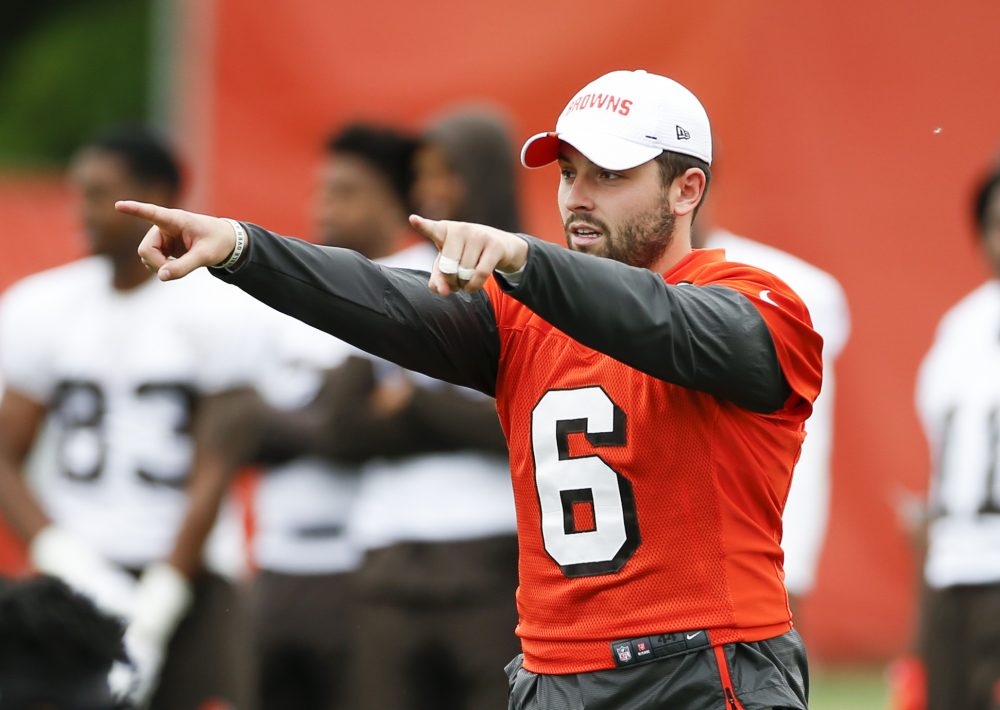 The roster is filled with talent, potential and personality.

From offensive backfield to secondary and at every position between, the Browns have players with Pro Bowl talent and the ability to capture the imagination of the fans.

There are also questions sprinkled through the lineup, so the list of players to watch when training camp opens Thursday numbers in the dozens. Camp will provide plenty of opportunities to examine them, but here are the top five.

Playoff teams get good-to-great quarterback play. The Browns expect to be playing in January, so Mayfield will have to consistently perform at that level.

His career started spectacularly, as he threw for an NFL rookie-record 27 touchdown passes, 3,725 yards, a 63.8 completion percentage and 93.7 rating despite spending the first two weeks on the bench. He made mostly good decisions, showed incredible poise in the pocket, threw with accuracy standing still or on the move and delivered big plays at critical moments.

He needs to make a significant jump in Year 2. General manager John Dorsey has quantified that at 20 percent, which would mean about 37 touchdowns, 5,000 yards, a completion percentage inching toward 70 percent and a rating above 100 for a full season.

“I need to take that next step,” he said in May. “Move forward and get better.”

Expecting a second-year quarterback to carry a team to the postseason sounds like a lot to ask. But recent history across the league makes it seem almost routine.

Kansas City’s Patrick Mahomes was the MVP last season in his second year, first as a starter. Philadelphia’s Carson Wentz was third in MVP voting in his second year and the Rams’ Jared Goff became a Pro Bowler in Year 2.

Dorsey has surrounded Mayfield with the talent to compete with Pittsburgh’s Ben Roethlisberger, New England’s Tom Brady, Indianapolis’ Andrew Luck, Houston’s Deshaun Watson, the Chargers’ Philip Rivers and Mahomes in the AFC. It’s up to Mayfield to complete the task.

The three-time Pro Bowl receiver may not be the most important player on the Browns but he’s probably the most exciting. He gained millions of fans with his famous one-handed catch on a Sunday night vs. the Cowboys and has a larger-than-life persona.

Watching Beckham’s every move throughout camp will be a must. Not only is he one of the most talented players in the league, he has a style all his own.

Cleveland fans are ready to embrace him, and seeing his response will be fascinating.

Beckham and Mayfield had a friendship before the trade with the Giants, so it should be fun to see how their on-field rapport grows during camp. Beckham only practiced with the team four times during the offseason, so there’s plenty of room for growth.

Beckham probably won’t play much in the preseason, so the 15 practices in Berea and the Orange & Brown Scrimmage at FirstEnergy Stadium provide the best chance to catch a preview of what he’ll bring to the offense during the season.

The last time Hunt was in the news, the Browns were talking to him after police had talked to him outside a nightclub last month. For someone who will open the regular season on an eight-game suspension for two off-field altercations, that wasn’t the ideal visual.

Dorsey and coach Freddie Kitchens had insisted Hunt, who led the league in rushing as a rookie for the Chiefs in 2017, was doing all the right things after they signed him Feb. 11. The organization needs that to still be true and carry over to the two months he won’t be allowed to practice or play when the season starts.

In the meantime, Hunt must make the most of camp and the preseason before the time away from the game. He has the chance to provide a huge boost down the stretch, and the team should have a good idea by Sept. 1 if he’s on track to do just that.

If the rookie cornerback from LSU, taken No. 46, comes close to how well Denzel Ward played as a rookie last season, the secondary will be in great shape.

At 6-foot-2 and with a 4.37-second 40, Williams has all the height and speed teams are looking for at the position. If he can adjust quickly to the receiver talent he’ll face in the NFL and the variety of coverages he’ll be asked to play, he and Ward will form one of the top corner duos in the league.

Williams must prove he’s willing to tackle but he made tremendous strides in coverage from rookie minicamp in May to mandatory minicamp in June. He had a pick-six of Mayfield and didn’t blink when matched up with Beckham or Antonio Callaway.

The third-year defensive tackle is the only member of the front four without a Pro Bowl on his resume. End Myles Garrett expects that to change this season, and he’s not alone in the opinion.

Ogunjobi, a third-round pick out of Charlotte, is quick, powerful, smart and dedicated. And there’s no questioning his toughness after he played through a torn biceps for the final four games last year.

Ogunjobi had 5.5 sacks and 52 tackles in 2018 and is looking for more. He should benefit by playing alongside Garrett, end Olivier Vernon and tackle Sheldon Richardson and could put up huge numbers if offenses choose to block him one-on-one.

The Browns tried to sign Pro Bowl defensive tackle Gerald McCoy in May but he chose the Panthers. Ogunjobi has the chance to make everyone forget about McCoy.