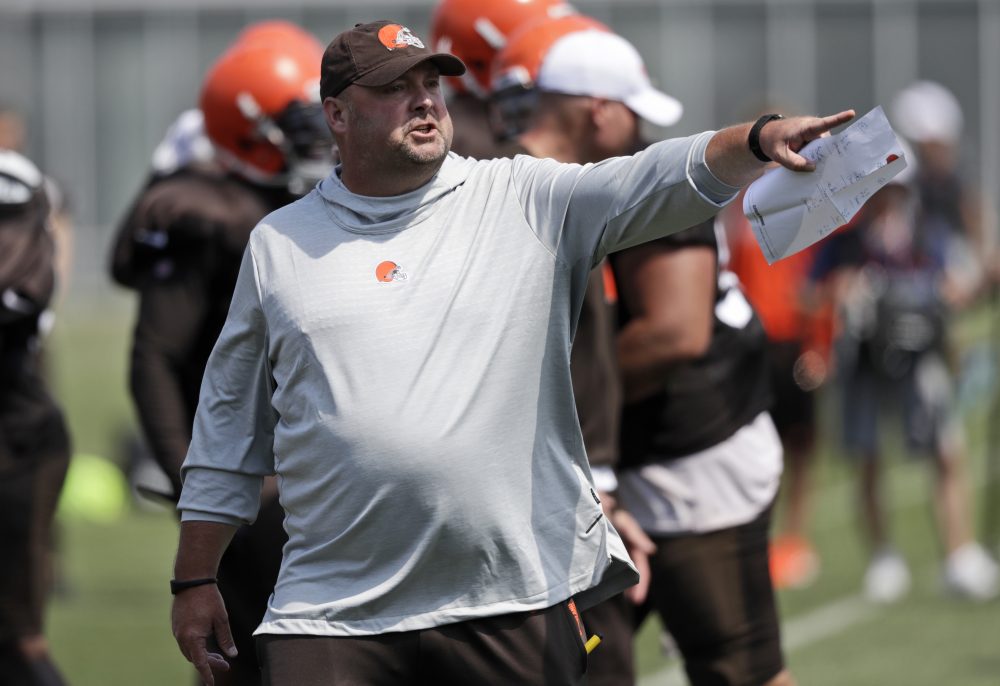 BEREA — Before he was the popular, folksy coach of the Browns, Freddie Kitchens was the little-known running backs coach who questioned coach Hue Jackson’s decision to give players days off during training camp.

“Hard Knocks” aired the scene from the coaches meeting last year. Not only did it go viral, it was a glimpse into the combustible chemistry of the staff. After eight games, Jackson and offensive coordinator Todd Haley were fired.

Kitchens is in charge now, and the difference in regimes was on display Saturday with the handling of veteran strong safety Morgan Burnett. He went through individuals drills but sat out team drills — in full uniform.

“I think they have to be available,” Kitchens said. “Their teammates see ’em over there on a bike. I don’t know what that is, I’ve never understood that.

Haley backed up Kitchens during the meeting last year, but Jackson stressed the importance of preventing injuries and shot them down with the infamous quote.

“The chair I sit in is a little different than the chair you guys sit in,” he said. “At the end of the day I get to drive this bus.”

Injured players still ride the stationary bikes and work with trainers this year, but the guys  scheduled to have limited workloads spend all practice with their teammates.

“That’s what I decided, because I think it builds teamness and togetherness and I think we’ve got to be together before we do anything,” Kitchens said. “I’ve said that from the very beginning.