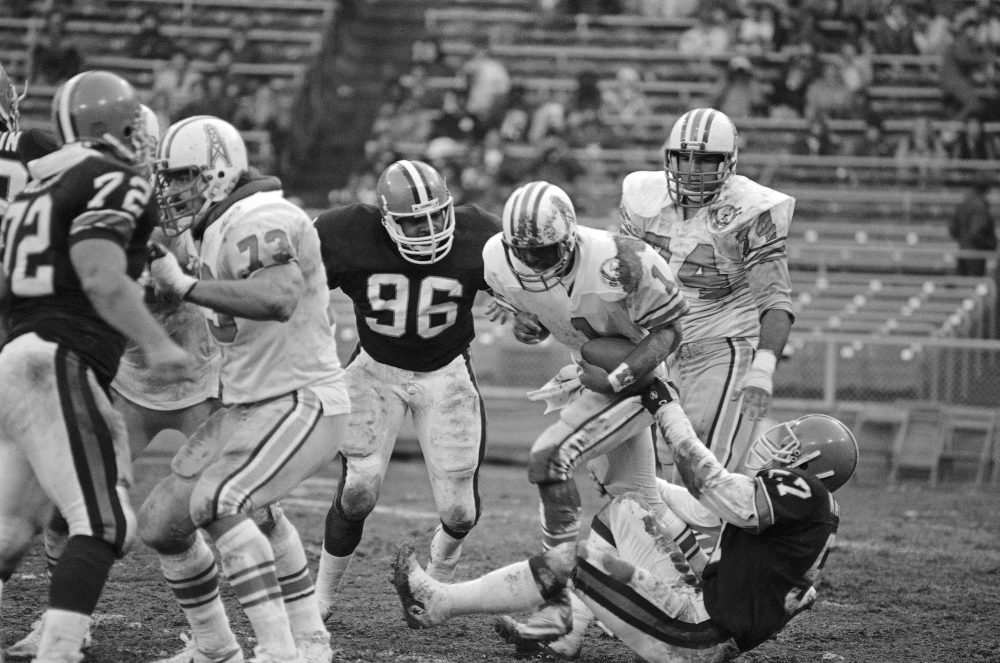 So it was an easy decision for the Browns to select Matthews for the Ring of Honor, the first member who hasn’t been enshrined in Canton.

“To me it was a no-brainer,” Dorsey said in the news release Wednesday announcing the honor. “That guy symbolizes everything it means to be a Cleveland Brown. Respect and honor for the game of professional football. His passion for the game. I can’t wait to meet him. It will be special for him.”

Matthews, a three-time All-Pro linebacker, played 16 seasons of his 19-year career with the Browns after being drafted No. 12 in 1978. He will enter the Ring of Honor during halftime of the Sunday night game against the Rams on Sept. 22. Clay Matthews III plays linebacker for the Rams.

“I was honored,” Matthews Jr. said of receiving the phone call from Dorsey. “I mean, the Browns have a pretty good legacy of players in that group. We lived through that generation of players mostly in the ’60s who were so successful, and to be included in that group is just an honor.”

The Ring of Honor was unveiled in 2010 with the names and numbers of the franchise’s 16 Hall of Famers circling the inside of FirstEnergy Stadium. The years of the team’s eight championships were added in 2012, and Joe Thomas’ snap streak of 10,363 was included last year.

“The coolest thing was when we called him up and let him know what we were doing in regards to his day, I got a little nervous because it was Clay Matthews Jr. and he was one of those guys I personally looked up to and thought was an exceptional football player in his era,” said Dorsey, who played linebacker for the Packers in the 1980s. “I’ve always been taught if you dominate the league during a decade you should definitely be going into the Canton Pro Football Hall of Fame.”

Matthews has been a semifinalist for the Hall of Fame three times, including last year. His daughter Jennifer is waging a campaign to get him inducted.

“AMAZING!!!” she tweeted. “And it’s against my brother Clay and the Rams?! The whole family is going back to Cleveland!”

Antonio Callaway had a strong offseason and was expected to be the No. 3 wideout but has spent camp almost exclusively with the second and third teams. Rashard Higgins has been the receiver with Odell Beckham Jr. and Jarvis Landry in three-wideout sets.

“He needs to keep getting better,” coach Freddie Kitchens said of Callaway. “He needs to keep deciphering the coverages and his reads accordingly, and he needs to be consistent catching the ball and running routes, and he will get to where he is wanting to go.”

Kitchens said everyone knows who the starting receivers are, but after that playing time is up for grabs.

“We do not have one depth chart in our room anywhere,” Kitchens said. “I just want to see what they can do.”

“What we ask of everybody is consistency,” he said. “We don’t want to be a roller-coaster team. Callaway’s progressing very nicely.”

ONE GOOD, ONE BAD

Rookie cornerback Greedy Williams made the difficult tackle, stopping Nick Chubb on a run off left tackle. Williams missed the easy one, failing to touch Higgins as he lay on the ground after a catch.

The latter drew a rebuke from Kitchens, and Mayfield got on the official for calling the play dead.

“These guys have been playing football their whole life and they never had to touch somebody once he is on the ground,” Kitchens said, referring to the rules in high school and college. “There is a lot of learning going on right now, which it should be because we are doing a lot of teaching.”

Williams practiced with the starters Wednesday, lining up opposite Denzel Ward. He’s competing with veterans TJ Carrie and Terrance Mitchell for the second starting spot.

“Greedy is competing. He is coming along good,” Kitchens said. “We are continuing to roll those guys and rotate them in, and we will see who comes out at the end.”

“It was good having them out,” Kitchens said. “We are Cleveland fans.”

Defensive end Olivier Vernon (hamstring) joined the injured players working on the side.

** Starting defensive tackle Larry Ogunjobi watched the end of practice. Kitchens said he felt “something” and was held out for preventative reasons.