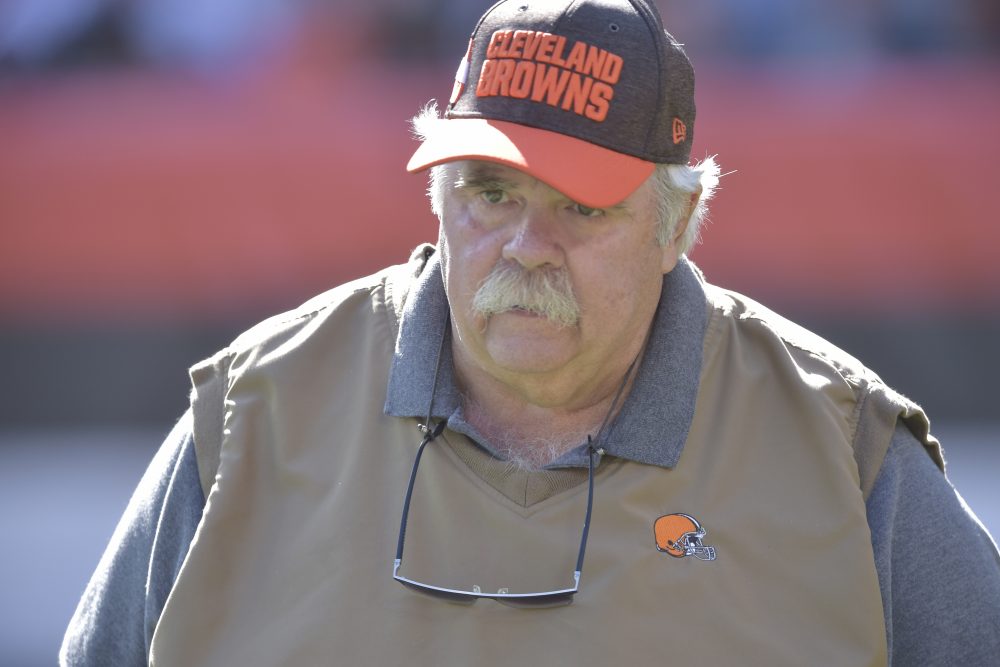 Former offensive line coach Bob Wylie has some strong opinions about the Browns coaching search that led to Freddie Kitchens being hired.

Wylie, who wasn’t retained by Kitchens, told CBS Radio’s Zach Gelb on Saturday he was surprised Kitchens got the job over former defensive coordinator Gregg Williams, who went 5-3 as interim coach last season.

“My own personal feeling is Gregg was too strong a candidate for the seat and I don’t think (general manager John) Dorsey wanted to go head to head like he had to do with Andy Reid in Kansas City, so he kind of filtered Gregg out of the picture,” said Wylie, who was in a rehabilitation facility for 122 days after dislocating his right ankle and tearing ligaments in his left knee toward the end of last season.

The offense and quarterback Baker Mayfield took off in the last eight games with Kitchens as the coordinator and play caller, but Wylie didn’t think Kitchens did enough to get the job.

“Baker likes Freddie. There’s a good relationship there, even though Kenny Zampese did all the coaching there,” Wylie said, referring to the former quarterbacks coach. “Baker likes Freddie, so that had to (factor) into the decision.”

Phil Dawson retires, calls connection with Cleveland “most cherished accomplishment” of 21-year career
Elyria’s Tracy Sprinkle back home, back in NFL after signing with Browns