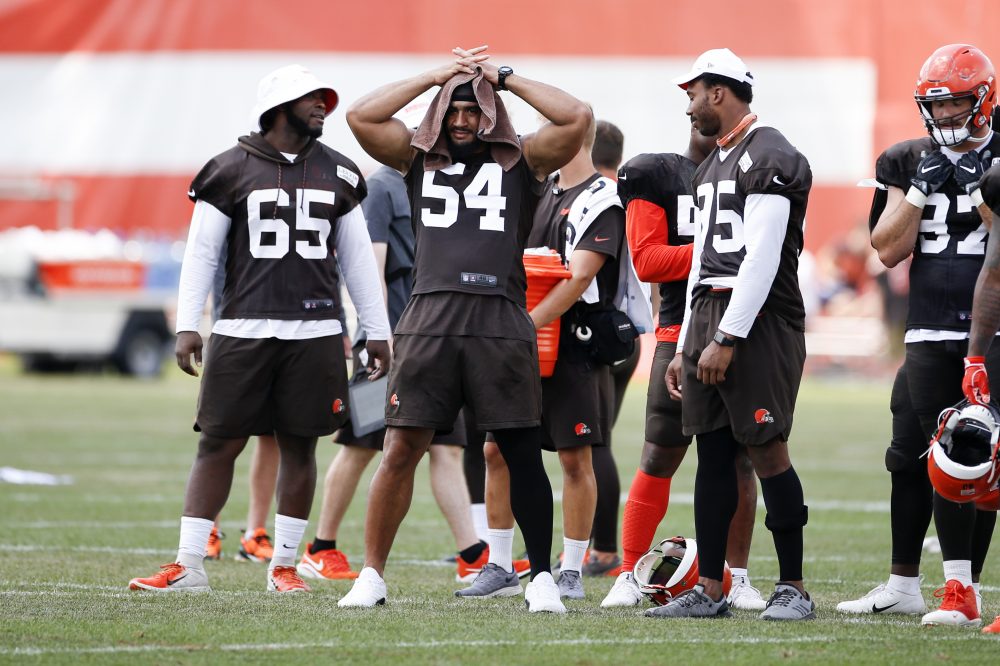 “I definitely noticed it,” running back Nick Chubb said. “We all noticed that they were not in there.”

NEWS OF THE DAY: Coach Freddie Kitchens fired back at former offensive line coach Bob Wylie, who had taken shots at Kitchens and general manager John Dorsey during a weekend interview on CBS Radio.

CAMPER OF THE DAY: Cornerback Terrance Mitchell had a strong performance as he fights for a starting spot with rookie Greedy Williams and TJ Carrie.

Mitchell broke up multiple passes, including prying the ball from receiver Derrick Willies’ hands on a slant. A few plays later, he got his hands on a comeback route intended for receiver Jaelen Strong.

PLAY OF THE DAY: Willies bounced back from a disappointing practice with a one-armed grab of a 50-yard touchdown pass from Baker Mayfield. Willies was hand-fighting with Carrie on the way to the end zone, then reached out and snatched the ball as he fell to the ground.

He punctuated the play by punting the ball toward the stands.

QUOTE OF THE DAY: “They call him the Wizard. I’m not touching it.” Chubb, on running backs coach Stump Mitchell and his long white beard.