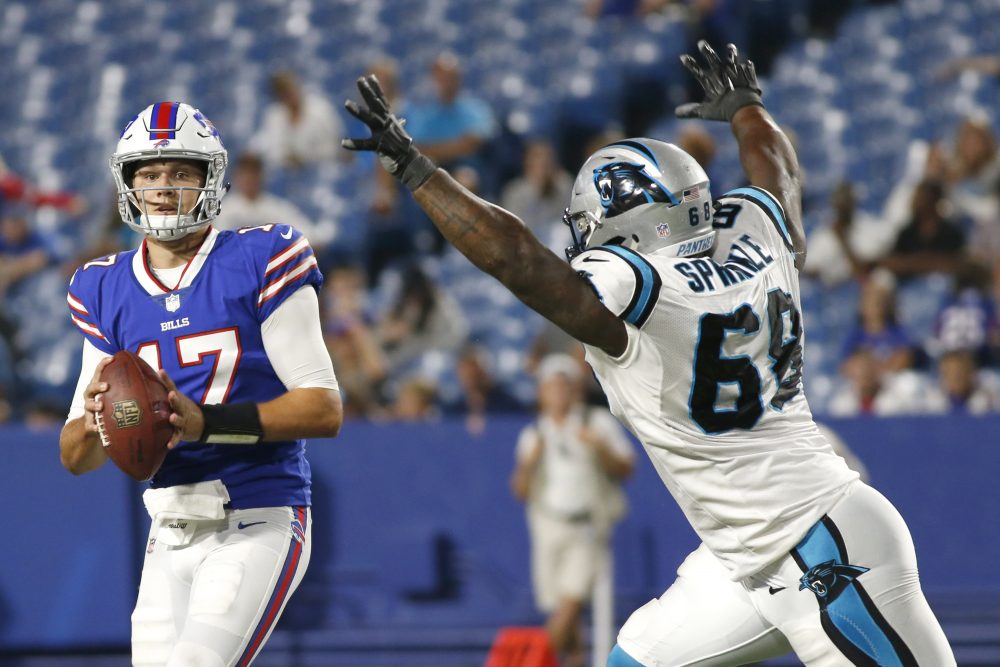 Ideally, Tracy Sprinkle would’ve been with the Browns throughout the offseason and at the start of training camp.

Ideally, he wouldn’t have missed the first eight camp practices.

Ideally, he wouldn’t have joined a defensive line coach Freddie Kitchens calls the strength of the team.

But Sprinkle, a tackle, is no stranger to adversity and was focused on the opportunity, not the obstacles, Saturday night after signing with the Browns earlier in the day and participating in the Orange & Brown Scrimmage.

The players had Sunday off, but Sprinkle planned to head to team headquarters and meet with the defensive coaches.

“I’ll be in there getting in that playbook,” the Elyria High grad told The Chronicle-Telegram. “That’s all I’m focused on right now. Kinda limited (Saturday) because I don’t know the playbook. But I’m a very smart guy, I feel I can get it all down (Sunday) and be rock-and-rolling Monday.”

Because he’s the latest player to join the team, it’s safe to assume he ranks toward the bottom of the 90-man roster. That makes it imperative to make a good first impression.

Sprinkle knows exactly what’s needed to do that — and make the team.

“I have to show versatility on the inside,” he said. “Be able to show that I can stop the run and rush the passer. Something I’ve got to show on a daily basis.”

Sprinkle thrilled to be back in NFL and back home

The Browns have depth at tackle behind starters Larry Ogunjobi and Sheldon Richardson, but that didn’t stop general manager John Dorsey from pursuing former Pro Bowlers Gerald McCoy and Mike Daniels. Dorsey is looking for another pass-rushing threat from the interior, which Sprinkle could be if he reaches his potential.

After sacrificing stats to take on double teams at Ohio State, he flashed his disruptive nature with five sacks in the abbreviated eight-game Alliance of American Football season. He believes the workout for the Browns on Friday was a glimpse of what he can do.

“I just showed my versatility, my quickness and my speed,” he said. “Being at my size on the inside, it’s kind of rare to move like I can, so I feel like showing that helped me out a lot.”

Sprinkle thought he was a bit rusty rushing the passer during the scrimmage, so he stayed on the field to work on his first step.

At the most, the Browns will keep five tackles. Richardson and Ogunjobi are locks, leaving Sprinkle fighting with Trevon Coley, Carl Davis, Daniel Ekuale, Devaroe Lawrence and Brian Price for two or three spots. Coley, Davis and Price have valuable NFL experience, while Ekuale and Lawrence have flashed in camp.

The key for Sprinkle will be sticking around long enough to get comfortable and get some traction, and Richardson (abdomen) and Price (concussion) being sidelined helps. The preseason starts Thursday against Washington, so a couple of tackles and quarterback pressures would buy him more time.

Cornerback Denzel Ward played with Sprinkle at Ohio State and said he has what it takes to play in the NFL.

“I believe that Tracy’s a real good player,” he said. “He just has to come out and show that.

“He’s a physical player, he works hard, he’s a leader also. He was a leader for us at Ohio State and I feel he’s going to be a leader here, as well.”