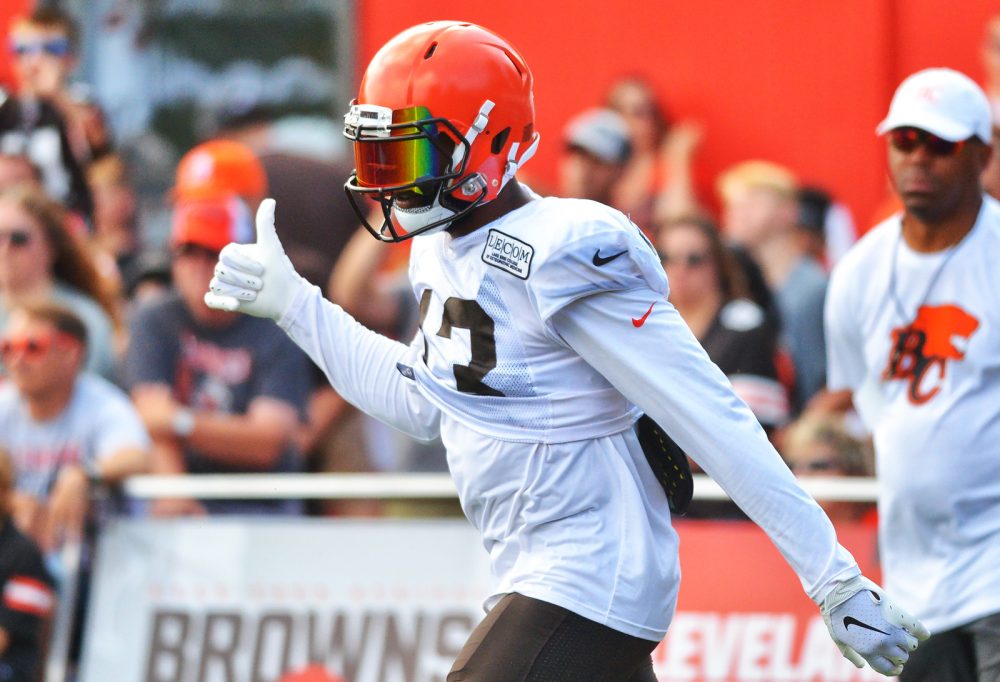 “I have not decided,” he said.

Kitchens acknowledged his physical practices and the team’s practices next week against the Colts will be factors in how much time the starters get Thursday and during the preseason. It might not be that much in either case, as he balances trying to get the team ready for the regular season with getting his best players there healthy.

NEWS OF THE DAY: Beckham returned to practice after missing Monday with an illness. Cornerback Denzel Ward stopped practicing after tweaking an undisclosed injury but remained on the field.

CAMPER OF THE DAY: Beckham made up for lost time, looking like the best player on the field, with the help of Mayfield.

He opened with a couple of catches on slants. Once the team moved to the red zone, he had touchdowns in the front corner and back middle — going up for the latter and bringing it down with cornerback TJ Carrie in tight coverage. He then showed versatility with a 45-yard go route down the left sideline.

The day concluded with a comeback and an out to set up the winning field goal in the two-minute drill.

PLAY OF THE DAY: The offense was trapped at the 1-yard line and trying to create space to operate. Safety Jermaine Whitehead wasn’t having it.

Mayfield faked a handoff, turned and threw, and Whitehead jumped on the end of the line, caught the ball in his midsection and scored the touchdown.

QUOTE OF THE DAY: “I think Charles Woodson’s the best corner to ever play. If you gave me two corners to go with, I’m going with Charles Woodson and Mike Haynes. And I’m going to go roll with it.” — Pass game coordinator/secondary coach Joe Whitt.