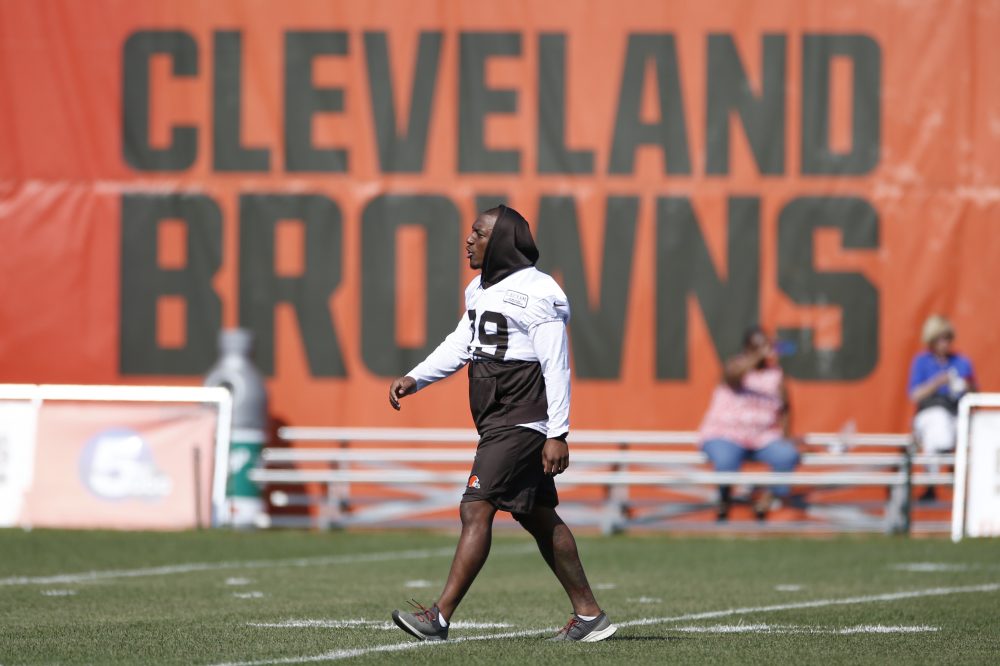 Running back Duke Johnson got what he wanted.

So did general manager John Dorsey.

The Browns traded the versatile Johnson to the Houston Texans on Thursday for a fourth-round draft pick in 2020. It can become a third-rounder if Johnson is active for 10 games, according to the Houston Chronicle.

Johnson, 25, asked to be traded in April after the Browns signed running back Kareem Hunt and put Johnson on the trading block. Johnson skipped the voluntary offseason program and reiterated the request at mandatory minicamp in June.

He felt the Browns showed disloyalty by making him available.

“To be fair, my thing is I’m big on loyalty,” Johnson said. “I’ve felt as I’ve been loyal to this organization through it all, and the moment the loyalty stops, it stops on both ends. It’s not a one-way street. It stops on my end.”

Dorsey remained steadfast he wouldn’t trade Johnson for less than he deemed sufficient value, and the midround pick from the Texans fit the bill.

“We sat, we waited, we were patient and at the right time there was a deal on the table that we probably should have taken,” Dorsey said on the WEWS-TV pregame show.

He and coach Freddie Kitchens had repeatedly said Johnson would have a “vital” role this season. But with Hunt scheduled to come off a league suspension after eight games, the Browns determined they could live without him.

Johnson changed agents after minicamp and hired Drew Rosenhaus, who met twice with Dorsey early in training camp. Johnson was sidelined for all but the first two days with a hamstring injury and never practiced in pads.

The Browns have their draft picks in each of the seven rounds next year, plus Houston’s fourth-rounder, Arizona’s sixth-rounder (cornerback Jamar Taylor trade) and Buffalo’s seventh-rounder (receiver Corey Coleman trade).

Nick Chubb is the solid starter at running back, but depth is a concern with Hunt opening the season serving the suspension.

Dontrell Hilliard, an undrafted rookie a year ago, has impressed the coaches and steps up to No. 2 on the depth chart. He didn’t have a rush in 11 games played last year, catching nine passes for 105 yards and returning 11 kickoffs for a 24.0 average.

Behind him are D’Ernest Johnson, Trayone Gray and A.J. Ouellette, who’ve never played in the league.

The Browns could add a veteran to bridge the gap until Hunt returns.

“I’m very comfortable with what we have in the running back room right now, but what we do is we look all the time for all types of players,” Dorsey said. “We will not rest until we find the best 53 we possibly can.”

Johnson was a third-round pick in 2015 and never missed a game in four seasons, totaling 1,286 rushing yards, a 4.3 average and five touchdowns. He was at his best catching the ball, either out of the backfield or from the slot, with 235 receptions for 2,170 yards, a 9.2 average and eight touchdowns.

A string of Browns coaches couldn’t figure out a way to maximize his talent, which frustrated Johnson, who was never satisfied with his role in the offense. That was especially true last season, as he rushed a career-low 40 times and caught a career-low 47 passes, just a season after combining for 1,041 yards from scrimmage and being voted the team’s player of the year.

The trade removes a potential distraction. Quarterback Baker Mayfield called out Johnson during minicamp for his trade request.

“Obviously he’s going to handle his stuff how he wants, but you’re either on this train or you’re not, it’s moving,” Mayfield said. “You can get out of the way or you can join us.”

Baker Mayfield gets drink endorsement — but not beer
Browns 30, Washington 10: Baker Mayfield leads impressive TD drive, even with Odell Beckham Jr. getting the night off