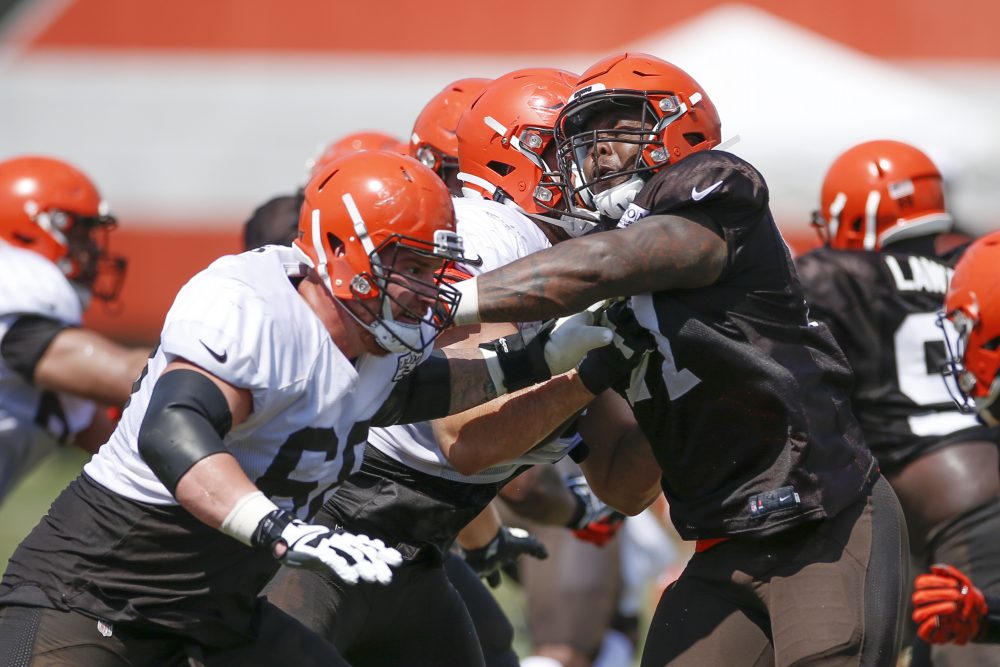 CLEVELAND — Defensive tackle Tracy Sprinkle is trying to pull off a difficult double: standing out while settling in.

The Elyria High graduate signed Saturday and practiced only three times before the preseason opener Thursday night. Sprinkle played a lot in the second half as the Browns beat Washington 30-10 at FirstEnergy Stadium.

Expecting results immediately may be unfair, but that’s the hand he was dealt.

“That’s just the situation that I’m in,” Sprinkle told The Chronicle-Telegram after the game. “The coaches know what it is, but the end of the day, every time I touch that field I’ve got to make some type of impression.”

He was credited with a tackle assist and had one pass rush where he closed on the quarterback.

“It was good. Got my feet wet a little bit with the organization,” he said. “Feels good, though, to be playing in front of the home crowd.”

It included about 20 of his family, friends and teachers.

Sprinkle said he’s picked up the playbook quickly but is still limited in what the coaches ask him to do.

“Obviously still got to get all the plays and stuff down and get used to playing in the defense before they just try to throw me out there,” he said. “Just taking it one day at a time.

“I just got here Saturday. I’m definitely getting settled, though, the older guys in (the defensive line) room are good people, they accepted me with open arms, so it’s pretty cool.”

In a highly unusual occurrence, Sprinkle, 24, was matched up against another Lorain County alum for a few snaps. Oberlin High graduate Hugh Thornton, 28, played late as the right guard for Washington as Sprinkle lined up mostly at left tackle.

“I don’t know him personally, but obviously I heard of him when I was in high school,” Sprinkle said. “I knew who he was. Me and him got out there a little bit.”

“It’s great. We built a brotherhood, and that brotherhood don’t just stop after you leave,” Sprinkle said. “It’s always there. So we talked a little bit, caught up with each other.

“Told Dwayne a couple positive things to keep him going. It was just pretty cool to see them.”

Sprinkle didn’t have much time to relax before his uphill battle to make the regular-season roster was set to resume. The players were due in Friday morning to watch film, with practice scheduled for the afternoon.

“Every time I step on that field I just want people to know who I am,” he said.

RB Dontrell Hilliard has up-and-down night in wake of Duke Johnson trade, but coach Freddie Kitchens likes him to fill that role
Rookie linebacker Mack Wilson predicts 2 picks, then goes and gets them