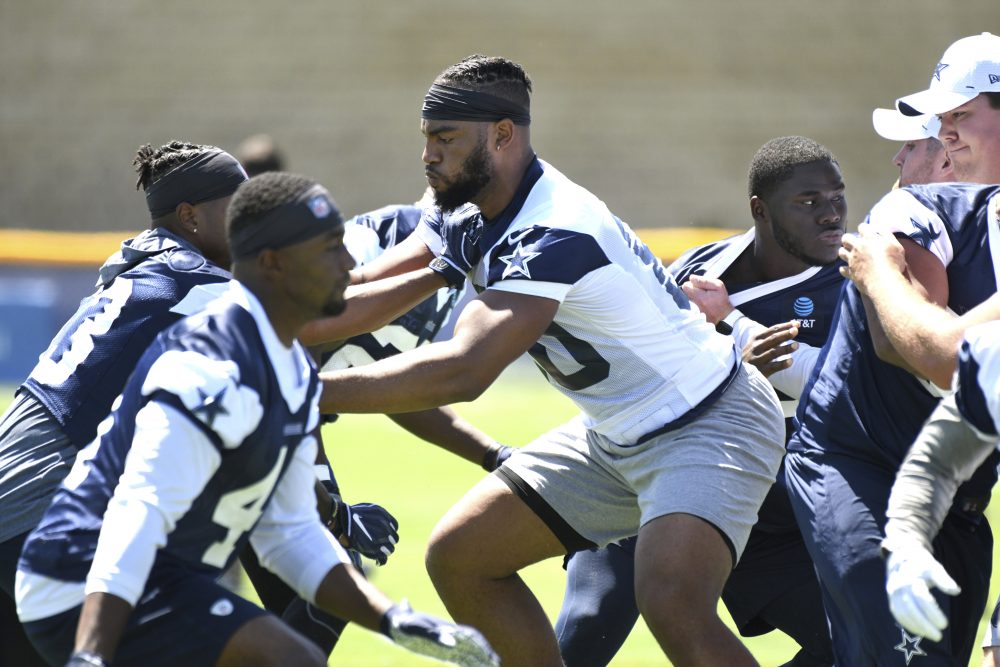 The Browns added another tight end who can play power forward, signing Rico Gathers on Sunday.

He will open the season serving a one-game suspension for violating the league’s substance abuse policy. He was arrested Aug. 31 in Texas for marijuana possession and pleaded guilty in March to a misdemeanor charge.

Gathers was a sixth-round pick of the Cowboys in 2016 and has appeared in 15 regular-season games with four starts. He has three catches for 45 yards.

Charles started two of 13 games last year as the Browns’ No. 1 fullback. He had three catches for 23 yards and no rushes.

Tracy Sprinkle claimed by Houston Texans, grateful for another opportunity
DE Chad Thomas has neck sprain, is day-to-day after being carted off field during practice