DE Chad Thomas has neck sprain, is day-to-day after being carted off field during practice 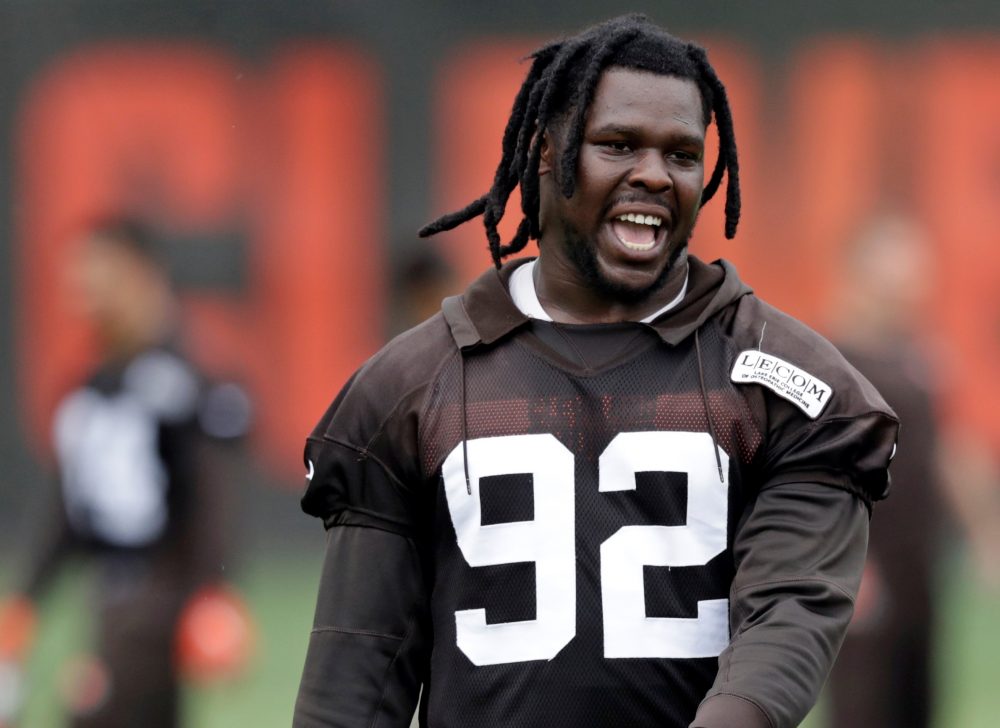 BEREA — Defensive end Chad Thomas — and his teammates — got a big scare Monday during practice.

Fortunately, the injury turned out to be a neck sprain.

Thomas was back in the team facility Monday afternoon after being taken to University Hospitals for further evaluation and testing. The Browns said he’s day-to-day and will likely travel to Indianapolis on Tuesday. The Browns will practice against the Colts on Wednesday and Thursday and play them Saturday.

The diagnosis and prognosis is a best-case scenario given the scene Monday morning near the goal line of the far field.

Thomas, a third-round pick in 2018, was immobilized and carted off the field as his teammates surrounded him. He moved his legs as he lay on the ground and grabbed his helmet as he was driven away.

“Just precautionary,” coach Freddie Kitchens said of the trip to the hospital. “Any time something happens like a stinger or any issues like that, you want to be more cautious than anything, and that’s what we’re doing.”

Thomas appeared to take a hit to the side of the shoulder during a play, Kitchens said. He dropped to the ground a few seconds later, according to left guard Joel Bitonio.

“In the beginning he really wasn’t moving and then he began to move his legs a little bit and move his arms and acknowledge Joe (Sheehan, vice president of player health and development) and the trainers as they were talking to him, so we knew that was a good sign,” receiver Jarvis Landry said.

A hush fell over the team and crowd as Thomas lay on the ground.

“It’s never a moment at any point in time in any sport — or in anything — that’s a sight that anybody wants to see,” Landry said.

“Injuries in football, it’s what you fear the most,” Bitonio said.

The coaches began to move the drill down the field then stopped practice until Thomas was placed on a board, put on the cart and taken into team headquarters.

Thomas has had an eventful camp.

He flipped off a heckling fan July 28 while running sprints as punishment for getting into a fight during practice. He also missed time with an illness, but made an impact in the preseason opener with a quarterback hit and tackle.

Thomas gets in fight, causes teammates to run sprints, gives finger to fans

He’s fighting for a roster spot and playing time as a backup to starters Myles Garrett and Olivier Vernon. Chris Smith, Genard Avery and Anthony Zettel are his competition.

None of that was on anyone’s mind as he lay in the end zone.

“It’s tough to finish a practice after you see something like that,” Bitonio said.

Kitchens said an incident like that sucks the energy out of practice.

“It does, but in our game, that’s reality,” he said. “Sometimes that happens during the course of a game and mentally we’ve got to keep moving forward.”

The players huddled after Thomas left the field.

“We talked about how obviously it’s unfortunate and it’s hard to witness, but we’ve got to keep the energy at practice the same,” Landry said. “I think we finished practice pretty well, despite that.”

Bitonio said he adjusted his mindset after the injury.

“You say a little prayer for Chad and wish him the best, then you go out there and do your fundamentals and play the game the right way so you’re taking care of yourself as well out there,” he said.

The play was a not-so-subtle reminder of the dangerous nature of the sport the players have chosen.

“Yeah, it happens. Is it something that we think about all the time? No,” Landry said. “On any play it could be anybody. It’s just the game we play and it happens.”