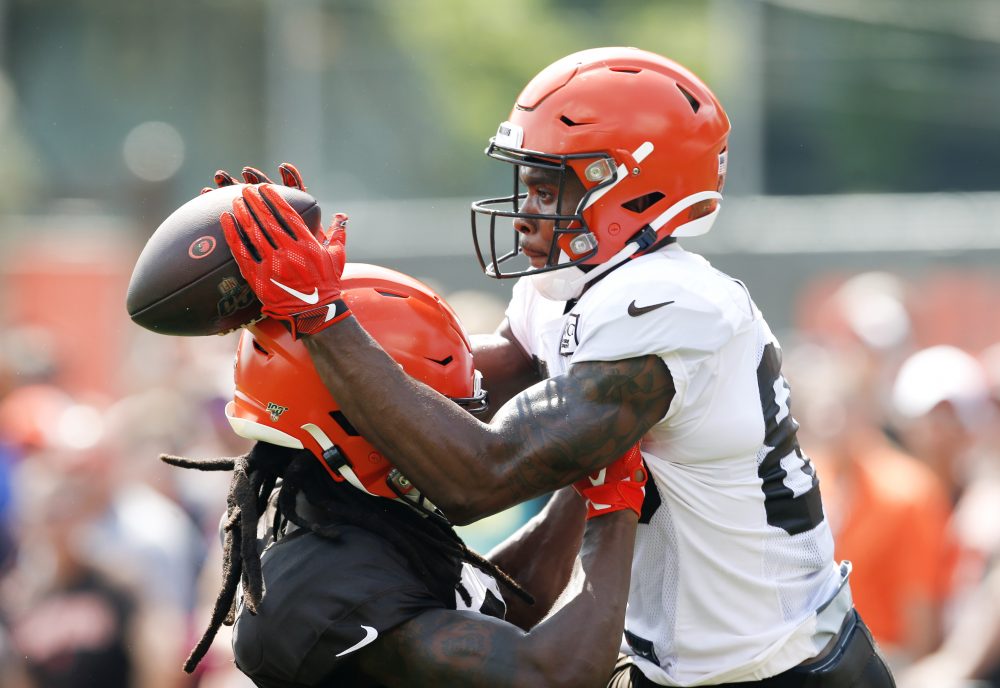 “We are going to run the football, and it is important to have guys that can block,” coach Freddie Kitchens said.

NEWS OF THE DAY: Defensive end Chad Thomas was diagnosed with a neck sprain and listed as day-to-day after being carted off the field and taken to the hospital.

CAMPER OF THE DAY: Undrafted rookie D.J. Montgomery is often overlooked but has shown up on numerous occasions during practice and should be included in the discussion of receivers fighting for roster spots.

He had another strong day with a pair of difficult downfield catches. He caught a back-shoulder throw from quarterback Drew Stanton with cornerback Lenzy Pipkins in tight coverage, then hauled in a fade from David Blough.

PLAY OF THE DAY: Quarterback Baker Mayfield had nowhere to go and nothing he could do.

Defensive end Myles Garrett beat right guard Eric Kush, who for some reason was one-on-one with Garrett after pulling, and quickly had Mayfield trapped. Mayfield fumbled the ball out of the back of the end zone for a safety.

QUOTE OF THE DAY: “I was like, ‘Taki, if you would’ve come to ’Bama, you probably would’ve never played.’ He’s a great dude. I love being around him.” — Alabama alum Mack Wilson on fellow rookie linebacker Sione Takitaki, who went to BYU.

TUESDAY’S SCHEDULE: No practice. The Browns will practice against the Colts on Wednesday from 4-6 p.m. in Westfield, Ind.

Training camp log, Day 13
Browns won’t see Colts QB Andrew Luck, but there will be plenty to watch in the joint practices