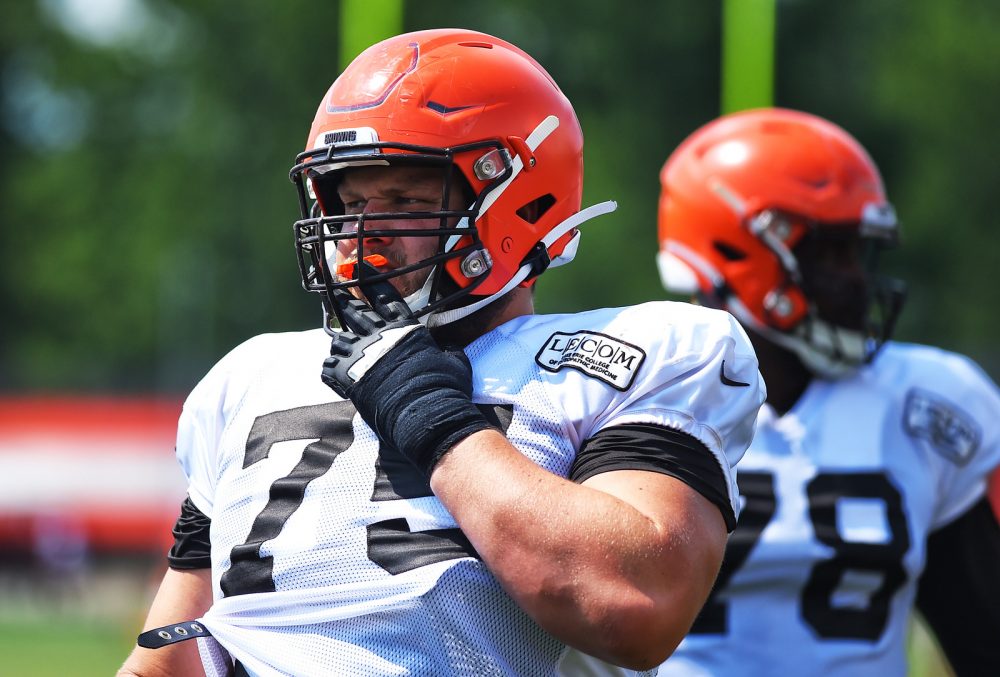 The Browns are leaving their comfort zone.

After practicing against themselves 14 times, they will battle the Indianapolis Colts on Wednesday and Thursday afternoons in Westfield, Ind. Joint practices can be the most productive of training camp because they offer competition against a fresh foe, require an adjustment to facing different systems and styles and leave no choice but to deal with the unknown.

The Browns have been sequestered in Berea since July 24, with the only two trips up I-71 to FirstEnergy Stadium for the Orange & Brown Scrimmage and 30-10 preseason-opening win over Washington.

The Browns will stay in Indianapolis after the practices for a game Saturday afternoon.

“The competition is going to be there. If it is not, we have some of the wrong people,” Kitchens said of the practices. “What I am looking forward to is how do we respond to distractions. Everybody wants to talk about distractions and expectations. Well, hell, let’s see how we do under some distractions.”

Receiver Jarvis Landry has experience venturing outside the norm during training camp, practicing against the Eagles and Panthers during his four years with the Dolphins.

“I don’t mind. It’s good,” he said. “Obviously, it is always good to go against an opponent, somebody different than the guys you see. The (Browns) DBs know our routes, our splits and stuff like that so it is good to go against the people that have not seen it before and be able to execute.”

The trip doesn’t come without danger.

Each NFL team has learned to practice against itself, working to take care of each other and avoid injury by reducing unnecessary contact. Going against an opponent can prompt overzealous behavior, because the players no longer have a vested interest in keeping the other side healthy.

“But it’s exciting. We get to see where we are. They’re a good playoff team from a year ago.”

The Colts went 10-6 and earned a wild card, then beat AFC South rival Houston in the playoffs. They were ousted by Kansas City in the second round.

“It’s always good to change the competition a little bit, see where you are as a team throughout the week,” Landry said. “They were a playoff team last year, so for us, that’s where we want to be and we get a chance to do some stuff against them.”

Bitonio pointed out the obvious advantage of breaking up the monotony of camp.

“It’s getting tiring seeing the same people everywhere and hitting the same guys every day,” he said. “So that’s good.”

The change can also lead to trouble. Joint practices have historically been a breeding ground for fights, including some memorable brawls.

Bitonio said the practices against the Bills in Rochester, N.Y., when Mike Pettine was coach were sabotaged by the action after the whistle.

“There were a ton of fights and we didn’t get as much practice time as we wanted to,” he said.

Kitchens has told his players since the spring fighting will not be tolerated, and after the only true dust-up of camp he made the entire team run sprints. His policy will travel.

“You saw what happened last time,” he said. “We do not practice penalties, so if we start practicing penalties, there are consequences.”