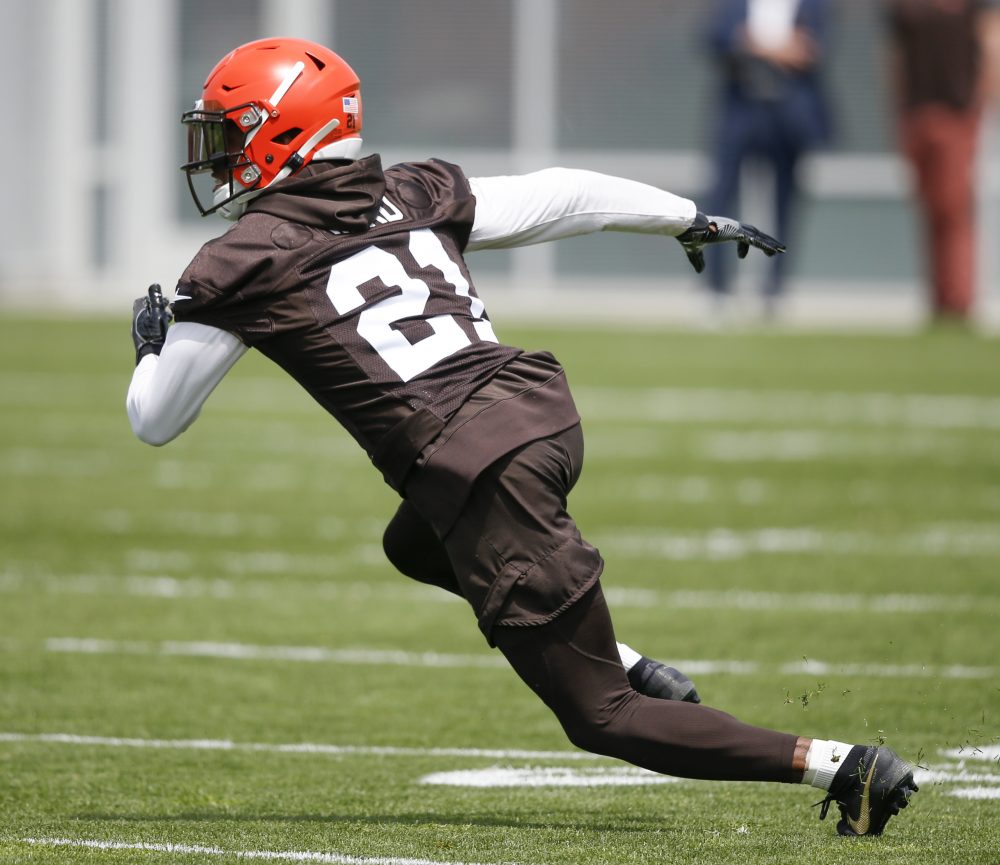 BEREA — Cornerback Denzel Ward isn’t content being back in team drills during practice. He wants and expects to play Friday night in the third preseason game against the Buccaneers.

“Oh, I definitely want to play and I plan on playing this week and so that’s how it’s going to go this week,” he said Tuesday after practice.

Ward was limited to individual drills last week in practice and didn’t play against the Colts on Saturday as he nursed an injury. He also sat out the preseason opener against Washington.

“Just me leg,” he said. “It was nothing serious, it was just getting ready for the regular season.”

He returned to team drills Monday and was out there with the starters again Tuesday.

“It definitely feels good to run around with the guys and everything and I was looking forward to it,” he said.

While plenty of starters across the NFL would prefer to skip the preseason entirely, Ward wants to get in on the action.

“I just love playing the game and being out there with the guys and just seeing how the coaches are going to call the play call and just getting my footwork back and getting comfortable playing,” he said.

“We will let you know on Friday who is playing, but I fully expect Denzel to be ready to play,” he said. “I am glad he is in that frame of mind. It is going to benefit him well.

If Kitchens chooses to be careful and sits his No. 1 corner for the entire preseason, Ward said he’ll still be ready for the season opener Sept. 8 against Tennessee.

During his interview with GQ Magazine released Tuesday, quarterback Baker Mayfield walked back his public apology for planting the Oklahoma flag at midfield of Ohio Stadium after the Sooners beat the Buckeyes in 2017. He couldn’t believe the Oklahoma administration made him apologize, calling it “just jaw-dropping.”

“Actually we won. That’s what we’re about,” Mayfield told GQ. “I had done so much and worked so hard to play for that school, I was just kinda almost embarrassed for them to tell me to apologize.”

He said the apology registered “zero” on the heartfelt scale.

Ward was on the Buckeyes team that lost that night and has made peace with Mayfield.

“I forgive him,” he said. “We’re on the same team. I know there’s a lot of Ohio State fans that are not happy about that still, though.”

“Hopefully it is very apparent who that person is, but by no means is there anything set at this point in time,” he said.

Journeyman Eric Kush has gotten the vast majority of the first-team reps for the last two-plus weeks, but the coaching staff isn’t ready to give him the job. Austin Corbett, rookie Drew Forbes and tackle Kendall Lamm are other possibilities.

“I told those guys the other day, we have five practices and two games (before the regular season),” Kitchens said. “If that is too much pressure for you, then you are probably in the wrong business.

Campen said he believes “100 percent” the starter is on the roster and the team won’t have to find him through a trade of waiver claim. Kush is in the best position.

“He has a tremendous value,” Campen said. “The guy is a good center, has played both guard positions starting in this business. He is a very strong, powerful guy, so he has done a good job.”

NOT WITHOUT A FIGHT

With Ward back in team drills, the coaches chose veteran Terrance Mitchell as the other starter over rookie Greedy Williams the last two days. Mitchell and Williams are in a hotly contested battle for the second starting spot, and Kitchens said Mitchell has responded to the competition.

“He has stayed in there in a positive manner. Money Mitch is a team guy. I like those guys.”

“They’ve both been balling,” he said. “Money Mitch, he’s been making plays, and so has Greedy, he’s been having picks. So we’ll see when it comes Week 1 what they decide to do.”

** Running back Dontrell Hilliard (hamstring) returned to practice and participated in team drills.

** Forbes walked off the field with an athletic trainer near the end of practice.

** Rookie receiver D.J. Montgomery missed the last two days for a personal reason and is also dealing with a hamstring injury.

** Receiver Jaelen Strong made a nice over-the-shoulder touchdown catch from Mayfield. Strong was slow to get up but returned to practice.

Notes: Damion Ratley returns to receiver competition with lot to prove in short amount of time
Notes: Freddie Kitchens plans to play starters “some” against Tampa Bay, and Baker Mayfield wants to play a half