Braxton Miller thrilled to be back in Ohio, really wanted to sign with Browns 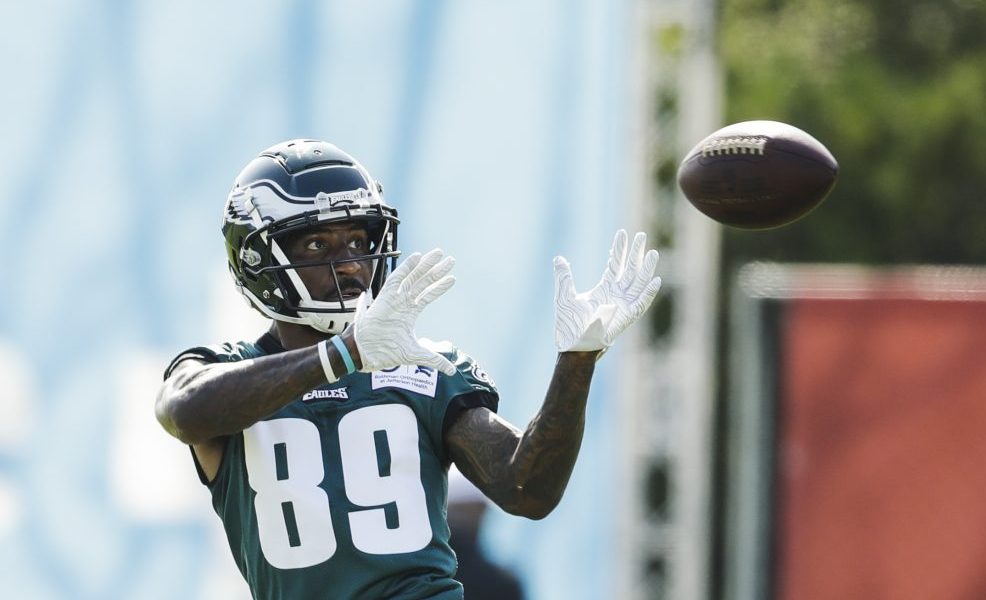 BEREA — Braxton Miller only needs to breathe to know he’s back in the Buckeye State.

The cheers from the crowd just drive home the point.

“The atmosphere is different when you’re going out of state to different cities,” Miller, the former Ohio State quarterback, said Wednesday after his first practice with the Browns. “Just being back, the air that you’ve been breathing since you’ve been young, you get that sense of this is where you started.

“It was a warm welcome when I first got here, so it’s kind of different. I feel like I’ve been here already. ‘Wow, this is the right fit for me.’”

Miller is a native of Springfield and was two-time Big Ten Offensive Player of the Year as quarterback for the Buckeyes. He finished his college career as a receiver in 2015 and was a third-round pick of the Texans as a wideout. He started nine of 21 games with Houston, catching 34 passes for 261 yards and two touchdowns.

He was cut before last season and spent 2018 on Philadelphia’s practice squad. The Eagles cut him Saturday to make room for former Browns quarterback Josh McCown.

The Browns signed Miller (6-foot-1, 205 pounds) Wednesday morning, waiving tight end Mik’Quan Deane. He joins a crowded receivers room but has experience, quickness and could be a possibility as a kick returner despite only seven returns in the NFL.

“He moved around well,” coach Freddie Kitchens said after the light practice. “He can stick his feet in the ground and change directions. He caught the ball well. It looks like he has some juice.”

Miller, 26, said he had a couple of teams interested in signing him but chose the one closer to home.

“This fell in my lap. This is the one I really wanted to go to, being close to my son, my family,” he said, referring to 7-year-old Landon who lives in Columbus “Being able to play for my home state, that’s one of the accomplishments I always wanted to do. I’m just happy to be here.”

The seed of playing for the Browns was planted by Miller’s dad a long time ago.

“It’s my dad’s team, so we always said maybe it would manifest down the road in my life,” he said. “I put that in my path. I’m going to take full advantage of it.”

Quarterback Baker Mayfield hadn’t heard the news before noticing Miller in the locker room. He’s heard “a lot of great things” and said he’s looking forward to building a relationship.

He marvels at former quarterbacks who can switch positions.

“Yeah, that I’m not athletic enough to do it,” Mayfield said. “He’s a special player, that’s why he’s still playing. So for him to be able to do that and have success is pretty neat.”

Miller said he’s been a receiver so long he forgets he played quarterback until someone brings it up.

“I’m like, ‘Dang, I did play quarterback,’” he said. “I’m like five years in now, it’s like so far away. I’m just focused on the task at hand, just playing receiver and getting better at that.”

Miller was teammates with receiver Jaelen Strong in Houston and said he’ll rely on him to help with the playbook. He wants to play Friday against Tampa Bay in the third preseason game.

“I knew some of the guys before I got here so they were surprised when they saw me,” he said. “Like, ‘Stop lyin’, man.’ It was good they saw me here and bring a more versatile player to the offense.”