Notes: Freddie Kitchens plans to play starters “some” against Tampa Bay, and Baker Mayfield wants to play a half 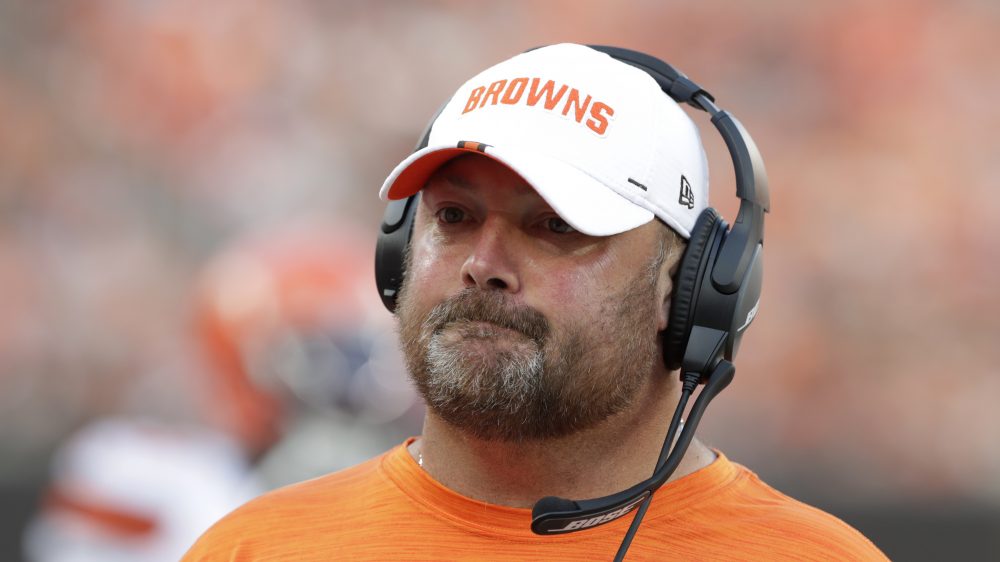 BEREA — Quarterback Baker Mayfield wants to play at least a half Friday night in the third preseason game at Tampa Bay.

“But it’s not my call,” he said Wednesday after practice.

Coach Freddie Kitchens, the man with the final decision, isn’t ready to commit to that much time for his starters.

“We’re going to play our guys some,” Kitchens said, “and I don’t know how long yet. This week’s a little different because you’re definitely not going to do it next week.”

Mayfield played a series in the preseason opener, then sat against the Colts on Saturday. He wants more snaps before the season opener Sept. 8 against Tennessee.

“It’s a final tune-up, iron everything out, treat it more like a game week with the mental prep work of getting into a routine,” Mayfield said. “So, yeah, I’m looking forward to playing.”

Kitchens said he’ll make a “player-by-player” decision on his starters. For example, receiver Odell Beckham Jr. isn’t expected to play at all in the preseason as he deals with a minor hip injury.

“Some of it factors in on how guys are feeling,” Kitchens said. “Little nicks and bumps that they may have.

“We’ve had a physical camp. So you’ve just got to factor all those things in and make a determination.”

Training camp officially ended with the last practice open to the public.

“I just want to start by thanking our fans,” Kitchens said. “We tried to get as many open practices as we could. The support was tremendous. We never lacked for any fans being out. It was really special.”

He was pleased with how the players accepted the physical nature of camp, which included 15 practices in pads and long sessions.

“We have had a good camp,” he said. “These guys have embraced the fact that they feel like they have been doing some things that probably other teams have not been doing.”

Camp may be over, but there are still roster decisions to be made and jobs to be won.

“I feel like we’ve made great strides on trying to see what type of team we’re going to be,” Mayfield said.

Kickers Greg Joseph and Austin Seibert had an interested — and up-close — observer for their final field goal attempts. Mayfield stood about 3 feet away to apply some extra pressure.

“Absolutely,” he said. “I was talking to somebody, then I turned around and then all of a sudden I’m right in the middle of the drill, so might as well.”

The pair has struggled throughout camp, but Mayfield said he’s not concerned. He also said he hasn’t given a pep talk to Seibert, a teammate at Oklahoma.

“Most of our history is me talking trash to him in college, so that’s what I did today,” he said.

Former Buckeyes star Braxton Miller signs, thrilled to be back in Ohio

Mayfield wouldn’t say how much but acknowledged he put on weight in the offseason.

“A little bit heavier than I was last year, but it’s a better weight,” he said. “I feel like I cleaned my diet up. Just coming into this year not having to do combine training and being able to focus on football-related things, I feel good.

“And as long as I’m still able to move around, if I can add a little muscle mass to protect myself, that’s good.”

Linebacker Mack Wilson, a fifth-round pick out of Alabama, was voted the Maurice Bassett Award winner, which is given to the best rookie in the preseason. Local media voted.

Wilson had a string of interceptions in the middle of camp, including two in the preseason opener vs. Washington, one which he returned for a touchdown.

The award was named in honor of Bassett, a running back for the Browns from 1954-56.

The Browns claimed safety Montrel Meander off waivers from the Jets and placed undrafted rookie receiver D.J. Montgomery on season-ending injured reserve with a hamstring injury.

Montgomery had a strong camp, caught five passes for 124 yards and a touchdown in two preseason games and was contending for a roster spot.

Meander was signed by the Browns as an undrafted rookie last year and spent 12 weeks on the practice squad before being signed to Oakland’s active roster.

** Fullback Joe Kerrigan (concussion) was added to the injured list.

** The kickoff returners during a drill were running backs Dontrell Hilliard, D’Ernest Johnson and Trayone Gray and receiver Damon Sheehy-Guiseppi.