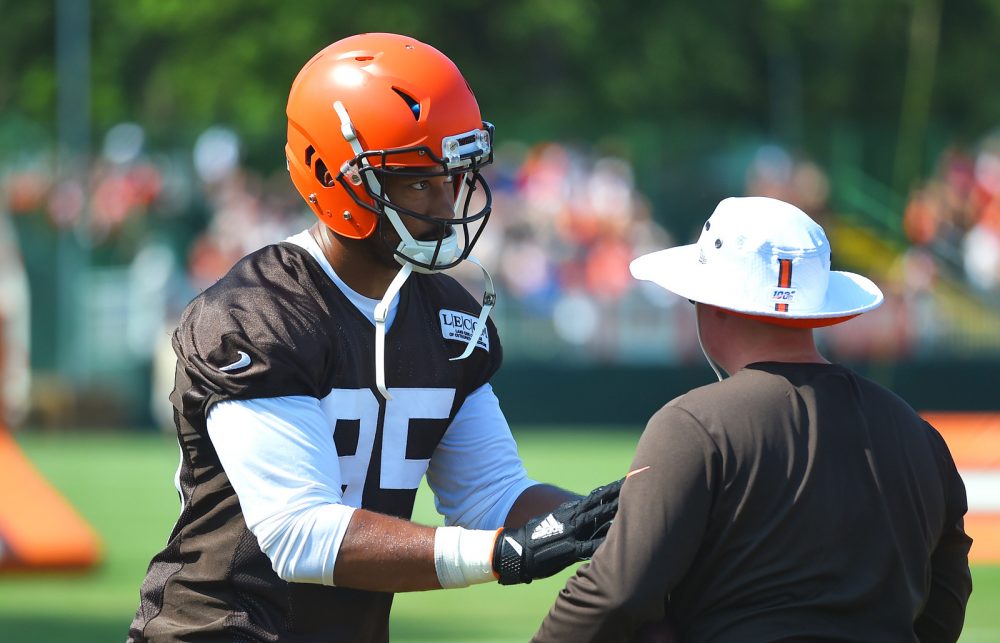 Training camp officially closed Wednesday with the final practice open to the public. The Browns will practice twice next week in advance of the preseason finale against the Lions, but the bleachers at the team facility will start coming down and the fans will have to buy tickets to FirstEnergy Stadium to see the team up close.

Here’s a quick recap of the last four weeks, which included big crowds on a daily basis.

MOST OUTSTANDING PLAYER: Defensive end Myles Garrett. After dropping 10 pounds in the offseason, he was lightning-quick and virtually unstoppable.

MOST VALUABLE ENTITY: Mother Nature. The Browns didn’t have to move practice indoors once because of rain.

BIGGEST NEWS: Running back Duke Johnson was traded to the Houston Texans on Aug. 8 for a fourth-round draft pick in 2020 that could turn into a third-rounder.

BIGGEST DISAPPOINTMENT: The inability of Austin Corbett, the No. 33 pick in 2018, to win the right guard job. He hasn’t been eliminated from the competition but has spent the last couple of weeks at center.

MOST PLEASANT SURPRISE: Defensive tackle Devaroe Lawrence. On a stacked front four, he stood out, likely stealing a roster spot from someone with a better resume.

MOST EMOTIONAL CAMP: Second-year defensive end Chad Thomas flipped off heckling fans while running sprints and never apologized. Later in camp, he was strapped to a board and carted off the field after crumpling to the ground but was diagnosed with only a neck sprain and is back practicing. Despite the traumas, he played well and looks like he’ll contribute during the season.

WEIRDEST INJURY: Linebacker Adarius Taylor missed time with a concussion after Drew Stanton’s pass hit him in the back of the helmet while in coverage.

BIGGEST UNANSWERED QUESTION: Who will win the kicking competition. Greg Joseph has been better than rookie Austin Seibert, but not by enough to guarantee him the job Week 1.

BEST ROOKIE: Cornerback Greedy Williams, the second-round pick, gets the nod from me. He was the most consistent rookie and has a chance to start Week 1.

WHERE DID HE COME FROM? Running back D’Ernest Johnson wasn’t in the league last year but has a great shot to make the roster. He can run, catch and block.

MOST CONSISTENT: Receiver Rashard Higgins made plays every day and ensured himself a bunch of playing time once the season starts.

MOST HIGHLIGHTS: Receiver Odell Beckham Jr. didn’t practice in team drills the last couple of weeks as he dealt with a minor hip injury but still gave the fans something to remember. He made a catch or two a day that had jaws dropping and photographers smiling.

Training camp log, Day 18
Commentary: Good? Bad? If nothing else, the Browns will be fun