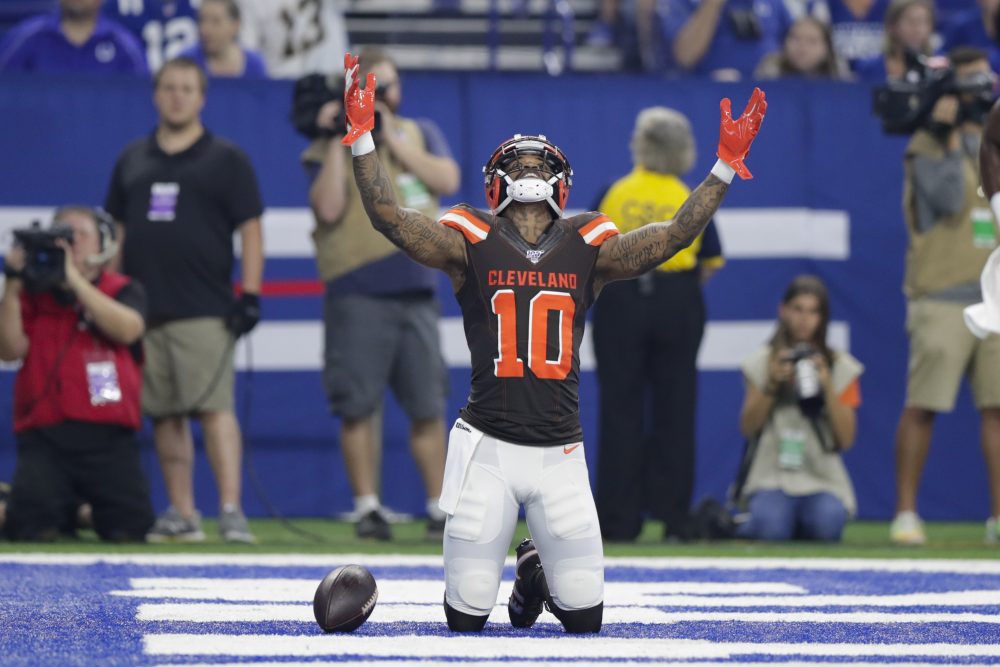 Receiver Jaelen Strong was waived by the Browns on Monday night, a league source confirmed to The Chronicle-Telegram. The official announcement came Tuesday morning.

“Cleveland, thank you.” he tweeted. “Always gone have a place in my heart. I gave y’all my All everyday I promise you that. God got me”

Strong, a third-round pick of the Texans in 2015, was signed Feb. 20 after not playing last year. He had some strong stretches in camp but couldn’t sustain the performance.

After appearing to be loaded at receiver, the Browns have questions past the top three of Odell Beckham Jr., Jarvis Landry and Rashard Higgins. Derrick Willies, Damion Ratley, Braxton Miller, Damon Sheehy-Guiseppi, Ishmael Hyman and Dorian Baker are competing for two or three spots.

Strong had been considered a leading contender for a spot. He was second on the team with seven catches, for 52 yards and a touchdown in three preseason games.

Cuts to the 53-man roster must be made by Saturday afternoon.