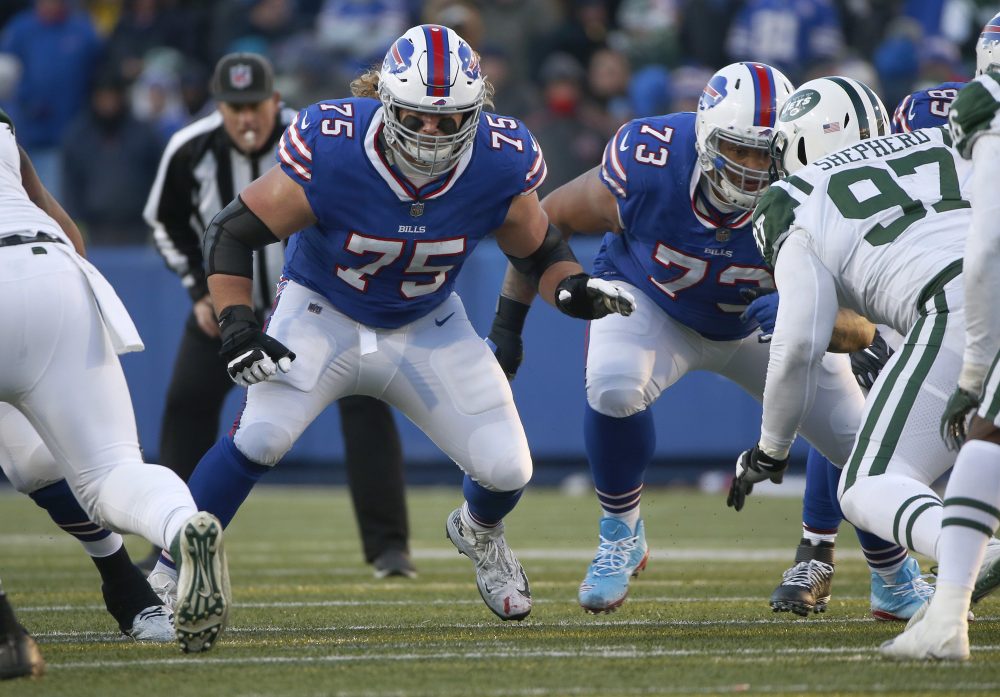 Not satisfied with the offensive line on the cusp of the regular season, Dorsey acquired guard Wyatt Teller from the Bills on Thursday in a trade before the preseason finale against the Lions. The regular season opens Sept. 8 against Tennessee, and roster cuts are due Saturday afternoon.

It might not happen right away, but Teller could move into Cleveland’s starting lineup at right guard. Journeyman Eric Kush has been holding down the spot but struggled last week against Tampa Bay. He dressed but didn’t play against the Lions.

The Browns also received a 2021 seventh-round draft pick, while the Bills get fifth- and sixth-round picks in 2020.

Teller (6-foot-4, 315 pounds) was drafted by the Bills in the fifth round last year out of Virginia Tech. He started the final seven games as a rookie but was a backup for the Bills during the preseason.

“It gives us some depth at that position,” Dorsey said on the TV broadcast during the third quarter. “He’s started seven games in the National Football League. He’s a younger guy. I think he has developmental upside.

“I liked him in college and he can help grow the offensive line. You can’t have enough good football players, and that’s another one we’ve acquired.”

Kush, in his sixth year, started seven games for the Bears last year before signing as a free agent. PFF graded him similarly, with no sacks and no hits, three hurries and two penalties.

Although Kush has been with the starters for nearly a month — after a three-man rotation to open camp — coach Freddie Kitchens has been reluctant to name him the permanent starter.

“He’s got to continue to get better,” Kitchens said Sunday. “He’s not a finished product by any stretch of the imagination.

“There’s always competition and what these guys have to understand, they’re being evaluated every day. So right now Eric will get the first shot from the standpoint of seeing what he can do. And I think he’s been doing fairly well. Not good enough yet, but he’s going to continue to get better to get there.”

Rookie offensive lineman Drew Forbes, a sixth-round pick, left the game in the first quarter with a left knee injury. He got rolled into after blocking on a run play.

Forbes, who was at right guard, was in contention for a backup job.

** Cornerback Lenzy Pipkins left in the second quarter with a back injury after making a tackle. He wasn’t expected to make the roster.

Kitchens will experience the roster cuts for the first time as a head coach. He will be an active participant.

The Browns had 90 players for camp and must be down to 53 by 4 p.m. Saturday. That’s a lot of disappointed guys for Kitchens to meet with.

“Believe me, it is a commitment,” he said. “They have committed to us for a while. I think we can fit it in to commit to them.”

The process takes its toll on everyone involved.

Kitchens made a great impression on Dorsey when then-offensive coordinator Todd Haley let him call plays in the preseason finale last season in Detroit. On his radio show this week, Kitchens said new coordinator Todd Monken has called plays at times during the first three preseason games and would do so again against the Lions.

Kitchens got the head coaching job after doing well in his first stint as coordinator and play caller over the final eight games last season after coach Hue Jackson and Haley were fired. He will call plays during the regular season.

Monken has play-calling experience as coordinator of the Buccaneers the last three years.

THIS BUD LIGHT’S FOR YOU

Defensive end Myles Garrett, who lost 10 pounds in the offseason, will be featured in ESPN The Magazine’s Body Issue that will be released on ESPN.com on Wednesday and hit newsstands Sept. 6.

** Receiver Odell Beckam Jr. will appear on HBO’s “Ballers” on Sunday at 10:30 p.m. He plays himself and appears in a scene with Russell Brand.

** SiriusXM NFL Radio will have a weekly Browns show during the season. It will air Wednesdays from 7-8 p.m. starting next week.