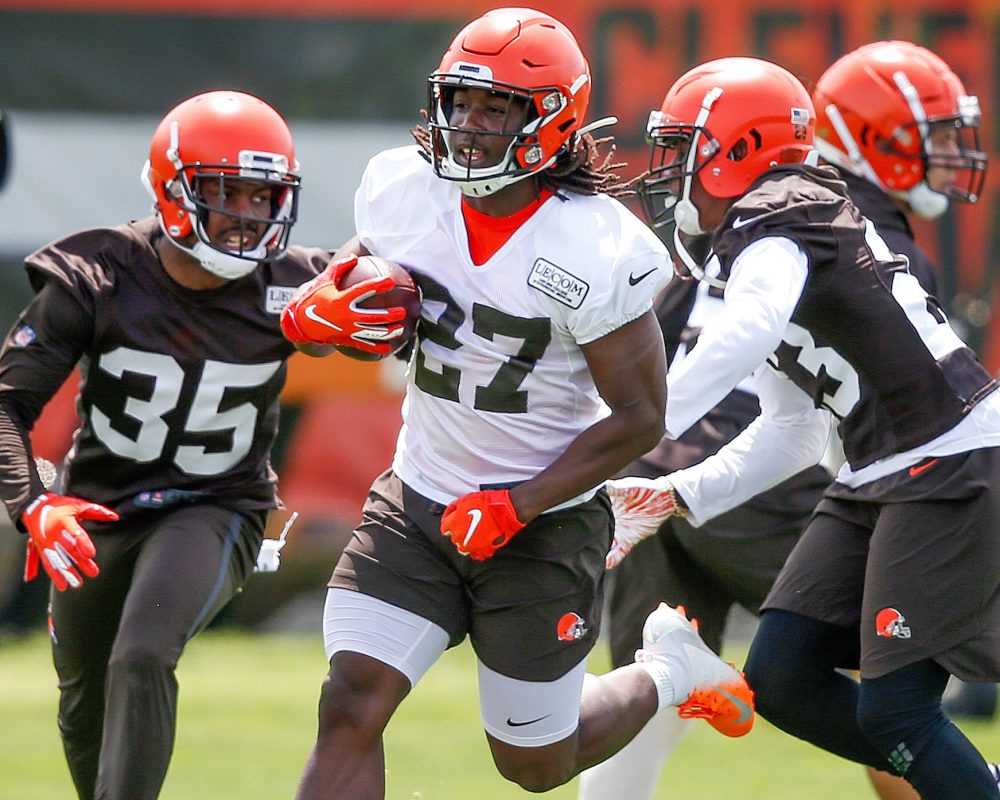 CLEVELAND — Suspended Browns running back Kareem Hunt had surgery Thursday morning to fix a sports hernia, the team announced before the preseason finale against the Lions at FirstEnergy Stadium.

He’s expected to fully recover in time to play when he’s eligible to return Nov. 10 against the Bills. He’s suspended for the first eight games for a pair of off-field altercations in 2018.

The punishment becomes effective at 4 p.m. Saturday. Despite the Browns asking for an exemption, the NFL will follow policy and not allow him at the team facility once the suspension begins. He will have to do his rehabilitation elsewhere.

Receiver Antonio Callaway allowed to be with team during his suspension, Hunt isn’t

Hunt, 24, reported to training camp with a groin injury and missed the first eight practices of training camp. He played in two preseason games, rushing seven times for 17 yards, a 2.4 average.

Hunt was signed Feb. 11 after being cut Nov. 30 by the Kansas City Chiefs when video surfaced of an altercation at The 9 in Cleveland in which he shoved and kicked a woman in a hallway. The Chiefs said he had lied to them about the incident.

Hunt, who grew up in Elyria before moving to the East Side, starred at Willoughby South High School and the University of Toledo.

Browns general manager John Dorsey drafted Hunt in the third round in 2017 while in the same role with the Chiefs.

Hunt led the NFL with 1,327 rushing yards as a rookie. He had 824 rushing yards, 378 receiving yards and 14 total touchdowns in 11 games last year before being cut.

The Browns will open the season with Nick Chubb as the starter. He played just one series in the preseason — the starters were scheduled to sit Thursday — carrying once for 12 yards and catching one pass for 14 yards.

Dontrell Hilliard and D’Ernest Johnson are expected to make the team as backups after Duke Johnson was traded to the Texans on Aug. 8.