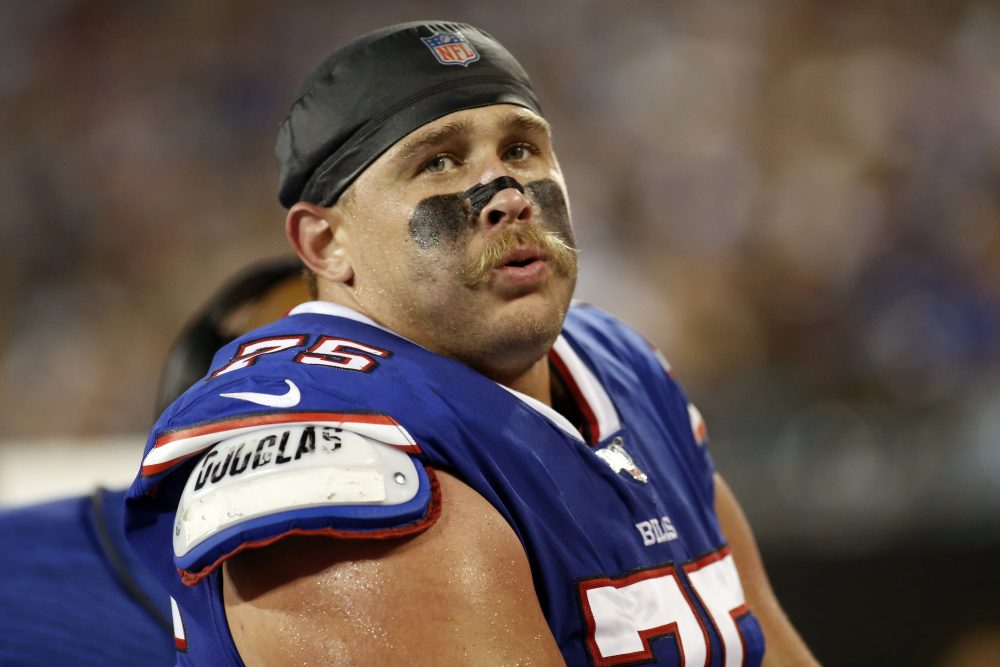 Wyatt Teller hasn’t practiced with the Browns, but he is a possibility to start at right guard in the opener Sept. 8 against the Tennessee Titans at FirstEnergy Stadium.

The Browns acquired Teller on Thursday in a trade with the Bills, where he had been a backup during the preseason. He passed his physical Friday.

Journeyman Eric Kush has been the first-team right guard for nearly a month, but Kitchens again wouldn’t guarantee he’ll stay in the spot. Even for the opener.

“We’ve still got four practices to get through, and we’ll see where it all goes. Even though training camp has ended, there’s always competition. There’s always going to be competition while I’m here, and I think you get the best out of everybody when you run it that way.”

The Browns also received a 2021 seventh-round draft pick in the trade, while the Bills got fifth- and sixth-round picks in 2020.

Teller (6-foot-4, 315 pounds) was drafted by the Bills in the fifth round last year out of Virginia Tech. He started the final seven games as a rookie.

As a backup during this preseason, he played 86 snaps at left guard and 35 at right guard.

The Browns were disappointed the NFL denied their request to allow running back Kareem Hunt to remain with the team during his eight-game suspension to open the season. The NFL ruled Wednesday that Hunt must exit team headquarters by 4 p.m. Saturday.

“It’s not our job to really be comfortable with it or not, that’s just what they’ve said that he could do, or couldn’t do, rather,” Kitchens said. “Of course, we would like him here, we feel like we offer the best support for him. He’s comfortable with being here, he trusts us here, things like that.”

Hunt had surgery Thursday to repair a sports hernia. Kitchens said the rehabilitation is expected to last four-to-six weeks and Hunt will be ready when he’s eligible Week 10 against the Bills on Nov. 10.

Hunt will have to rehab away from the team, and Kitchens said he didn’t know if the league was aware of the impending surgery when it made its decision.

“We’ll develop a plan for him,” Kitchens said.

Teams must be down to a 53-man roster by Saturday afternoon at 4, and the mvoes began Friday.

** Defensive tackle Brian Price, who missed much of camp with a concussion, was cut, per ESPN.

The Browns didn’t announce the cuts, choosing to wait until Saturday.

Damion Ratley and Derrick Willies are contenders for the final receiver spots, and each faced a different challenge in making the cut.

Ratley missed most of training camp with a hamstring injury, and his only preseason action was Thursday against the Lions. He didn’t have a catch.

“It definitely makes it more difficult. We are kind of piecemealing together our evaluation, what he did last year and what he has done in practice,” Kitchens said. “Yes, it is more difficult, but we think we know who he is so we will go off of that. We still think he has some upside from the standpoint of he does continue to work hard and he does continue to show improvements every day.”

Willies’ performance was up and down throughout the preseason.

“Was he the most consistent throughout the whole camp? I would say no, but his good ones were good and his bad ones were bad,” Kitchens said. “It is one of those things where you have to judge the good and the bad and see what you can live with.”

Rookie offensive lineman Drew Forbes, a sixth-round pick, suffered a “minor” knee injury against the Lions, Kitchens said. He didn’t have a timetable for a return after more tests Friday morning.

Forbes left the game in the first half and didn’t return. Someone rolled into his leg on a running play.

Forbes was a strong candidate to make the roster, but the injury could affect that.

General manager John Dorsey celebrated a birthday Friday but was in a giving mood Thursday night.

He took the trademark sweatshirt off his back and handed it to a kid after the game. The Chronicle-Telegram’s Steve Walker captured the moment on video.