Notes: OL Justin McCray grateful for chance with Browns after spending 2 1/2 years out of NFL earlier in career 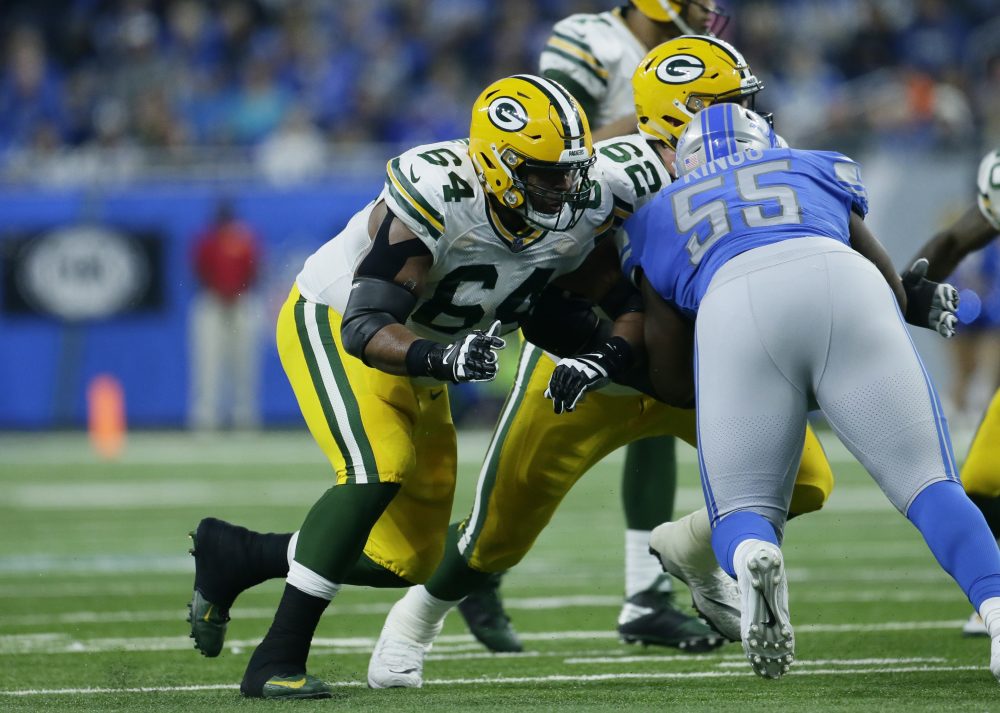 BEREA — The 90 minutes Saturday were difficult for offensive lineman Justin McCray. He was told he was being released by the Green Bay Packers before the Browns intervened and traded for him.

That was nothing compared to the last time he was cut, by Tennessee.

“I was out of outdoor football for 2½ years,” he said Monday after his first practice with the Browns. “There’s just a bunch of unknowns. You don’t know what’s going on, but as soon as I got that call that I would be playing football, there was another opportunity, I was ecstatic about it.”

McCray, 27, is reunited with offensive line coach James Campen and assistant line coach Jeff Blasko, who joined the Browns from the Packers in the offseason. They surely put in a good word with general manager John Dorsey before the deal, which was a swap of seventh-round picks in the 2020 draft.

Campen and Blasko welcomed McCray back into the league in 2017. He had spent the previous 2½ years playing in the Arena League, training and working as a bellman at a resort in Florida.

“It was a big resort. Probably 26 buildings,” he said. “Drove golf carts around all day. Didn’t really like the job at all, but it let me keep training and it let me work overtime if I needed some extra money.”

The road back to the NFL started when twin brother Jordan, whom was cut by the Bears on Saturday, suggested having a pro day. Justin ran well, caught the eye of Alonzo Highsmith, who was in the Packers front office and is now vice president of player personnel for the Browns, and got a workout with the Packers.

“I ended up doing well and that was history from there,” McCray said. “I still knew I could play, so I still wanted to give it another chance. I was faster than I will ever run again. I felt good that day.”

McCray (6-foot-3, 317 pounds) played in 25 games with 13 starts the last two years as a guard and tackle. He’ll compete for the starting right guard spot with the Browns against Eric Kush and Wyatt Teller, who was acquired Thursday in a trade with the Bills.

McCray’s first start with Green Bay came in Week 2 of his first year.

“I was not expecting that at all,” he said. “Honestly, when I got to Green Bay, I was just hoping to show enough film that I could be on somebody’s practice squad and Week 2 I’m starting on ‘Sunday Night Football.’

As planned, the Browns re-signed Robinson on Monday morning and he practiced as the team resumed preparations for the opener against the Tennessee Titans. He was cut Sunday in a procedural move to temporarily clear a roster space.

Brown claim 3 players off waivers, cut Robinson with plan to re-sign him

Robinson started the final eight games a year ago, was signed to a one-year, $7 million deal in the offseason and will start Sunday against the Titans.

“It was not really a big deal,” coach Freddie Kitchens said. “I never was told that we were going to lose him. No, I was not scared. I am glad that we have Greg.”

Receiver Taywan Taylor spent the last two seasons and training camp with the Titans, but they traded him to the Browns on Saturday for a seventh-round pick. The Browns are picking his brain this week.

“He said he didn’t want me to feel like I was in an interrogation room,” Taylor said of defensive coordinator Steve Wilks. “He asked me a few things and I tried to give some information on them. He’s going to use those little notes that he got from me, take it over to the meeting room and try to use that to help those guys. We’ll be ready. We’ll be well-prepared.”

Taylor, a third-round pick in 2017, had 53 catches for 697 and two touchdowns in two seasons and is eager to learn from Odell Beckham Jr. and Jarvis Landry.

Dorsey put Taylor on the phone with Landry right after the trade, referring to Landry as “pit bull No. 1.”

“It is a dream come true. Just knowing I got guys like that in my room,” Taylor said. “Those guys, they bring it every day. It is going to be an honor to be able to just be behind those guys and just learn and just take notes, to be able to soak in all that knowledge.”

Rookie kicker Austin Seibert won the job in jersey No. 2 but changed to No. 4, which had belonged to punter Britton Colquitt, who was cut Saturday. Former Browns kicker Phil Dawson wore No. 4 for more than a decade.

“I know the history behind the No. 4 here and coming in after I got drafted my first pick would’ve been 4 but I went with 2,” Seibert said. “Now just switching my number to No. 4, I think it’s a good fit. So I just want to represent that number well and just go win some football games.”

Seibert, who wore No. 43 at Oklahoma, said he was informed he made the team as he drove to Ann Arbor to watch Michigan play. He likes college football and seeing big stadiums and the Wolverines had a night game.

Receiver Braxton Miller seemed to have momentum despite joining the team late in camp but was cut Saturday.

“Braxton has a future in the game. He is a good player,” Kitchens said. “It is just you have to make tough decisions, and it may not be the best spot for us right now and that is what we basically decided.”

The Browns traded for Taylor and claimed receiver KhaDarel Hodge.

Buccaneers defensive lineman Ndamukong Suh was fined $21,056 by the league for a hit on quarterback Baker Mayfield.

** Running back Elijah McGuire and tackle Paul Adams were signed to fill out the 10-man practice squad.