Notes: Odell Beckham Jr. “ready to go” for opener, and “worth every penny” 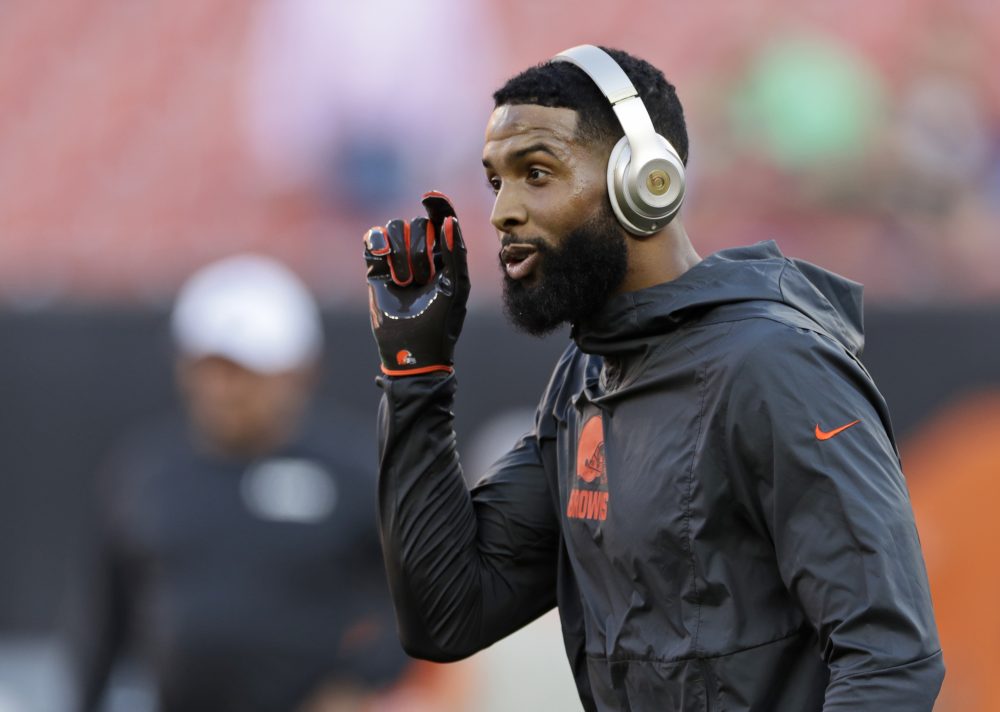 Beckham wasn’t listed on the first official report of the season Wednesday, which means he was a full participant in practice and isn’t getting treatment for an injury.

He dealt with a minor hip injury for much of training camp and didn’t play in the preseason as the team chose to use caution to ensure he’d be healthy for the regular-season opener Sunday against the Tennessee Titans. Beckham missed 16 games with injuries over the last two seasons with the Giants.

“Odell is ready to go so, yeah, I feel good about the plan,” Kitchens said.

Beckham is expected to talk to reporters Thursday before his first game with the Browns. His teammates were happy to talk about him and the impact he will have this season.

“I think that he’s excited to get back to football,” quarterback Baker Mayfield said. “He’s feeling healthy, he’s ready to go.”

“Worth every penny. Definitely,” free safety Damarious Randall said. “His run after catch is really the most impressive stuff I’ve seen about him. How quick he is, how elusive he is. I think he’s faster than what a lot of people give him credit for.”

Beckham was a three-time Pro Bowler in five years with the Giants, totaling 390 catches and 44 touchdowns.

“He’s as good as advertised, I’ll tell you that,” running back Nick Chubb said. “Never seen anything like it. His footwork’s so smooth, he can make huge plays and he does it so easy. One-hand catches come natural to him. I’m excited to watch, too.”

Titans coach Mike Vrabel can’t relate to one of the challenges facing Kitchens in his first year as coach.

“We are never hyped here at the Titans so I would have no idea,” Vrabel said on a conference call.

The Browns were the NFL’s hot team during the offseason following last year’s turnaround to 7-8-1 under Mayfield and the acquisition of Beckham. They’re suddenly considered a Super Bowl contender by many.

“That’s the NFL,” Titans tight end Delanie Walker told reporters after practice Monday. “They like to pick the team they assume is going to be Super Bowl champs because they’ve got guys on that team that I guess they can turn a whole organization around, just two or three guys — but, hey, that’s how it goes. I like that they get the hype. You’ve just got to go in there and play football.”

Vrabel was born and raised in Akron, went to Walsh Jesuit High School and played at Ohio State before a 14-year NFL career.

“It is always unique when you go back home as a player and now as a coach to see things kind of come full circle,” he said. “I lived 18 years in Akron and grew up there as a Browns fan.”

He attended the final game at old Cleveland Stadium in 1995.

“I love how they took off the bleachers,” he said of the fans. “You rip them off 12 at a time, carry them all the way down and dump them into the end zone and on the sideline. Everybody would go crazy when it finally got dumped over onto the field.”

** Vrabel was college teammates with University of Cincinnati coach Luke Fickell and will have conflicting loyalties when the Bearcats play the Buckeyes on Saturday.

“It is hard to root against the guy who was the best man at your wedding, I will say that,” Vrabel said.

TIME ON HIS HANDS

With rookie punter Jamie “The Scottish Hammer” Gillan’s lack of experience as a holder for place-kicks, Kitchens was asked why the punter has taken on that role throughout the NFL. Years ago, backup quarterbacks and receivers would handle the job.

“The holder, the punter, the kicker and the snapper, they spend all of practice together so they are usually able to get the most work together with each other,” Kitchens said. “That is the reason that most people in the league do that. I am not saying it always is the right thing to do.

“Certainly, if we did not feel confident that would happen, we would explore other avenues. At the present time, we think that is the best way to go.”

Gillan finds out he makes club while in pub

Kitchens was on the Cowboys staff when quarterback Tony Romo infamously fumbled while holding for a kick in the playoffs.

Kitchens reiterated he’ll call the plays during the games. He said he let assistants call some during the preseason.

** The Titans made a kicker move, adding Cairo Santos and placing Ryan Succop on injured reserve. Santos was cut by Tampa Bay over the weekend.