Titans 43, Browns 13: The breakdown — thumbs up, thumbs down, the matchups 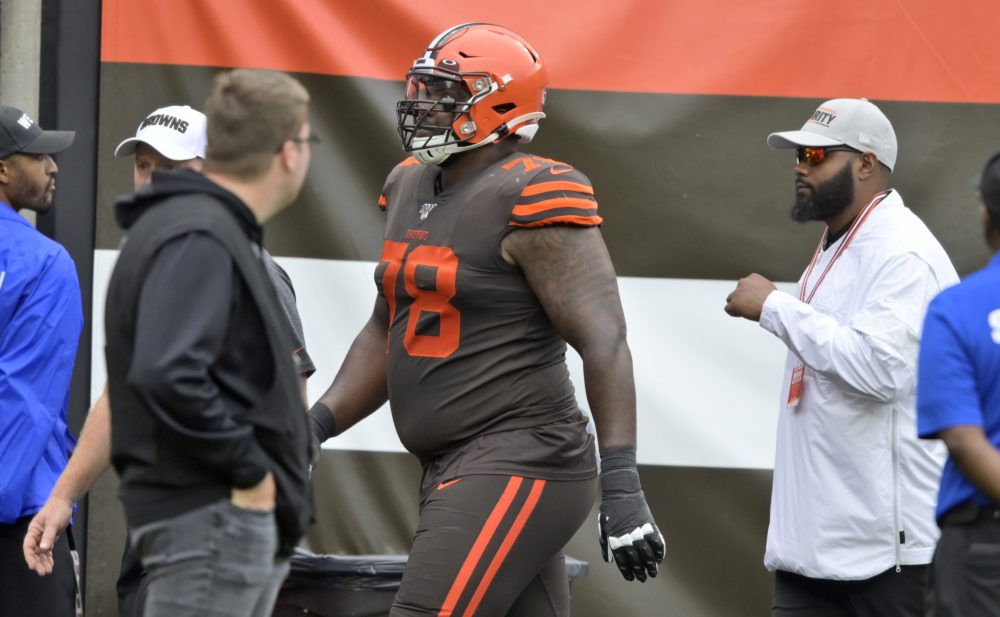 The Akron native grew up a Browns fan but didn’t take it easy on his former favorite team. Not only did he have a great game plan on both sides of the ball, the Titans were motivated and prepared. As the Titans scored a late touchdown, Vrabel stood on the sideline with both arms raised above his head.

“I thought the complementary football was evident all day with being able to turn turnovers into touchdowns,” he said. “Proud of our football team.”

The Titans, who have had three straight winning seasons, heard all offseason about how great the Browns were — coming off 7-8-1 — and were on a mission to knock them down a peg and earn some respect for themselves. They did just that. Vrabel and his staff kept the Browns defense off-balance with quarterback bootlegs, screens and just enough deep passes. And the Titans defense exposed the Cleveland offensive line and made quarterback Baker Mayfield look average.

He was ejected for kicking Titans safety Kevin Vaccaro in the head in the second quarter. Not only did it cost the Browns 15 yards, it sent the line into disarray.

“We do not tolerate that. That is unacceptable,” coach Freddie Kitchens said.

Robinson was lying on the ground after a run play, and shot his leg forward with Vaccaro above him on the pile.

“It’s going to be a hefty fine, feel bad for him. I didn’t want him to get ejected.”

Kendall Lamm replaced Robinson, but left the game with a knee injury before the half was over. The Browns were forced to shift Chris Hubbard from right tackle to left tackle and put Justin McCray at right tackle. He normally plays guard and was acquired in a trade with the Packers only last weekend.

The Browns had no extra linemen, as Austin Corbett and Wyatt Teller were healthy scratches.

Despite all the sloppiness, the Browns were back in the game. Mayfield had thrown a 3-yard touchdown to tight end David Njoku to cut the deficit to 15-13 with 2:10 left in the third quarter. The good vibes were back inside FirstEnergy Stadium.

Instead of building on the momentum, the defense gave it right back. On Tennessee’s first play, Marcus Mariota threw a screen to running back Derrick Henry. Linebacker Christian Kirksey was swallowed up by a block at the line, and Henry was off, going untouched down the left sideline for a 75-yard touchdown.

“They pressured us and Marcus did a great job on the play, and it was well-executed,” Vrabel said.

The Browns didn’t score again and the game got out of hand. Free safety Damarious Randall gave all the credit to the Titans.

“It was just a helluva play call,” he said. “They had caught us in something and they just executed. They just made a helluva play.”

Penalties committed by the Browns, the most for the team since 21 in 1951

“A lot of people didn’t believe in us. That’s why we in Believeland.” — Titans cornerback Malcolm Butler

The Browns scored a touchdown on their first drive, then never really found a rhythm again despite plenty of playmakers. The line was jumbled by the end of the game but was bad throughout and must get fixed.

The Titans were balanced and effective.

The front four had the chance to dominate and didn’t, and the Browns allowed too many big plays. They looked afraid of quarterback Marcus Mariota’s legs early and it cost them chances at sacks.

Rookie kicker Austin Seibert missed the first extra point. Rookie punter Jamie Gillan got one lucky bounce and roll but was solid with a 46.6-yard net on five punts, no return yards and three inside the 20-yard line.

Freddie Kitchens preached discipline throughout training camp, repeatedly saying they don’t “practice penalties.” Well, they were certainly good at them Sunday, racking up 18. He’s also the play caller on offense, so he must take blame for the struggles.

The Titans had a new offensive coordinator in Arthur Smith, and he called a great game.