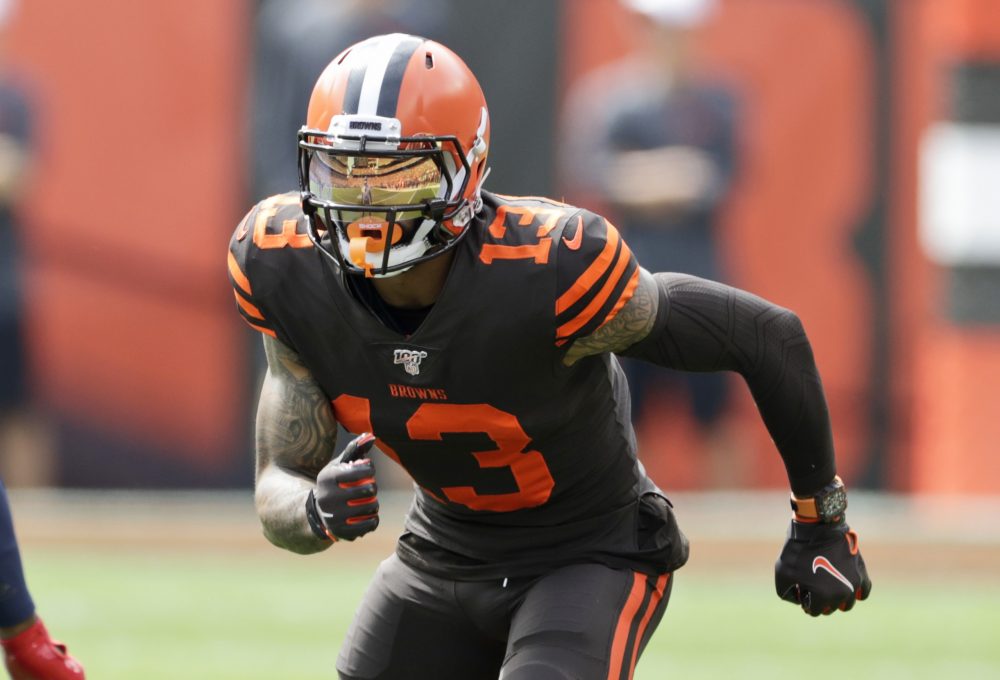 BEREA — Receiver Odell Beckham Jr. had some extra time on his hands Sunday in the season-opening 43-13 loss to the Titans.

The NFL wasn’t happy about it.

Photos from the game showed Beckham wearing a limited-edition Richard Mille watch — it can retail for $350,000 — while playing. The league doesn’t have a rule against jewelry but feels a watch crosses a line.

“It’s a safety measure for both the player and other players,” a league spokesman told The Chronicle-Telegram in an email. “There’s a longstanding prohibition on wearing hard objects that project from the body. This will be addressed with the team and player.”

Coach Freddie Kitchens said Monday afternoon he wasn’t aware that Beckham, who had seven catches for 71 yards, wore the watch. A team spokesman said the league had been in contact about the issue.

A fine is “unlikely,” according to a league source.

“As long as they’re going to enforce that with everyone, I’m fine with it,” Kitchens said. “So let’s just make sure we get it enforced with everybody.”

Then he made a joke after he was informed the league reached out to the team.

“Did they want to put another flag on the field and give us 19 penalties?” he said.

The watch, the Automatic Winding Flyback Chronograph McLaren, was a collaboration with McLaren Automotive. Production was limited to 500.