Denzel Ward looks to rebound from disappointing effort in Week 1, show Gregg Williams he knows how to play 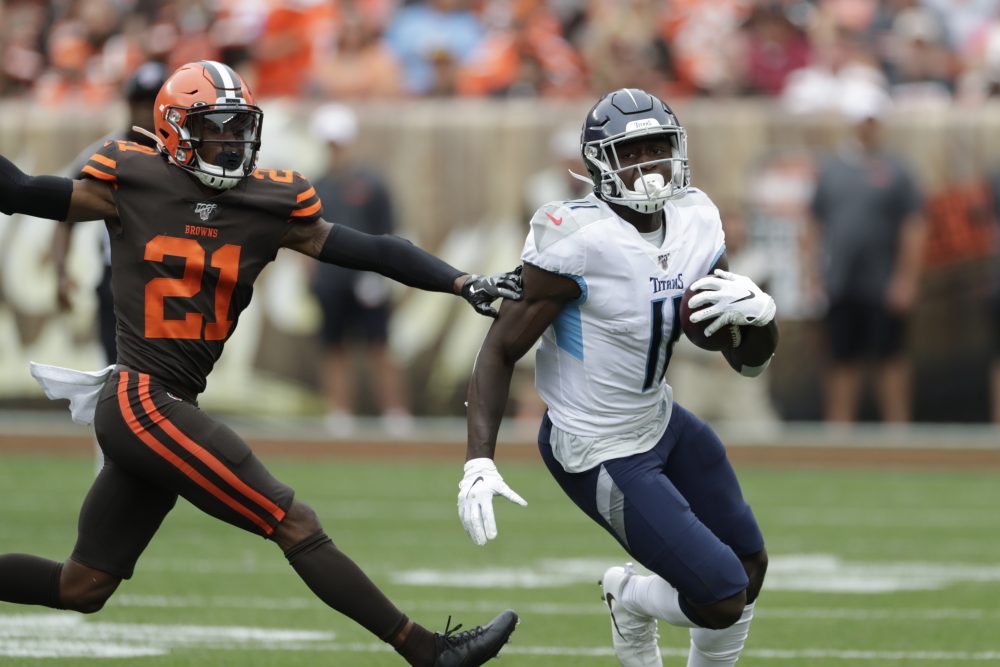 BEREA — Cornerback Denzel Ward is all about technique this week.

He’s practicing moving his feet more and using his hands less after a pair of holding penalties Sunday in the 43-13 loss to the Titans.

He’s also focused on going low when he tackles bigger players to appease Jets defensive coordinator Gregg Williams, who held the same role with the Browns the last two years.

“I know he’s definitely pumped up. He’s going to try to beat us obviously,” Ward said Tuesday. “I’m just hoping I can avoid my stupid tackling going against him. I don’t want him talking about me in the media, talking about stupid tackles.”


The matchup Monday night with the Jets will have several intriguing story lines. One of the biggest will be the revenge factor with Williams.

Ward is mild-mannered and soft-spoken and was bothered by Williams’ public criticism of his tackling during his rookie preseason a year ago. Ward hurt his back taking on Eagles tight end Zach Ertz, and Williams ripped him to reporters.

“Maybe he’ll finally listen to me and stop doing those stupid things the way he’s trying to tackle and tackle the way I tell him to tackle and he won’t get hurt,” Williams said at the time.

Ward, who went on to make the Pro Bowl, said Williams had talked to him about his tackling but first used “stupid” with reporters.

“He later ended up coming to me and talking about it, kind of,” Ward said. “It didn’t bother me too much. At the end of the day, you’ve got to listen to the point that they’re trying to get across. I understood it. He wanted me to get lower and tackle and maybe not wrap up but take the guy’s legs out.

“He’s a good coach and he was just trying to teach me. He just had a different way of teaching.”

Ward had a terrific opener last year, intercepting Pittsburgh’s Ben Roethlisberger twice to become the fourth-youngest player in NFL history, at 21 years, 4 months, with two in a game. He didn’t duplicate the effort to start Year 2, allowing a 47-yard completion to A.J. Brown in addition to the two holding penalties, one of which was declined.

The performance irritated him.

“Yeah, it definitely did a little bit,” Ward said. “I had a couple days to reflect on it, but now it’s time to get onto the next team and focus on my technique in practice and get better.”

He’s determined to improve but disagreed with the penalties and had an explanation for the long catch.

“I personally didn’t think they were holding calls. The refs did,” Ward said. “So I’ve just got to work on my technique and get better in practice so I don’t have those calls called on me during the game.”

On the deep completion, Brown ran a post from the right with free safety Damarious Randall in the middle. Ward thought he had help, but Randall turned the wrong way.

“At the end of the day I have to stay on him,” Ward said. “I thought the safety was going to stay inside of it and then I stay on the outside, but that’s not what happened. That’s the game, we’ve got to play collectively and gotta make the play.”

He believes he’ll bounce back this week against Jets quarterback Sam Darnold and receiver Robby Anderson.

“He’s a pro. He’s learning. He’s learned very, very fast. He’s a very confident player, an aggressive player. So he’s a true playmaker and I have no doubt or no shame in anything he does because I know he’s a Pro Bowl-caliber player.”

Ward is “sure” Williams is upset he didn’t get the head coaching job after going 5-3 as the interim coach but wouldn’t criticize him like teammates Myles Garrett and Damarious Randall did during the offseason.

Ward is trying to stay focused on rebounding with a Week 2 win and said everybody was “locked in” during practice. He doesn’t think the locker room was shaken at all by the embarrassing loss.

“I feel a lot of confidence with this team that we’re going to get all the haters and naysayers out of here, so I hope everybody’s all gone now and we’re just focused on us,” he said. “We go win together. We’ve got to stay together, stick as a team, everything else is going to take care of itself.”

Myles Garrett striving for greatness — as a player, for his team and with his body — and not worried about the pressure
Baker Mayfield looks to bounce back, beat blitz and create another memory against Jets