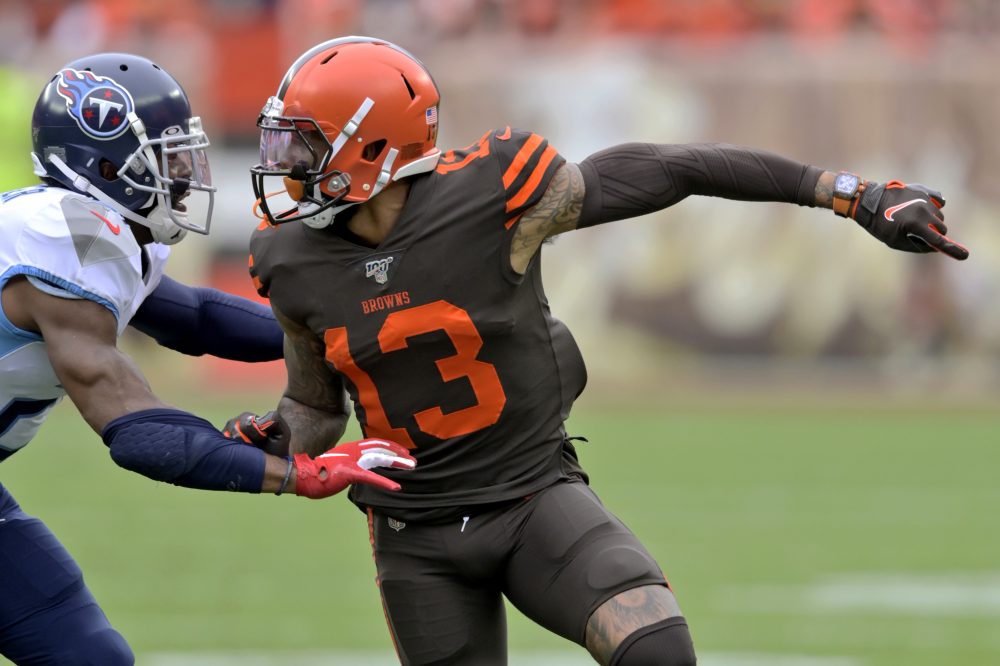 BEREA — Odell Beckham Jr. is attached to his watch.

The superstar receiver said Tuesday he’ll continue to wear the limited-edition Richard Mille watch — he paid $189,500 for it, a company representative told The Washington Post — despite the league contacting the Browns to tell them it’s against its policy.

He wore it on his left wrist Sunday during Cleveland’s 43-13 loss to the Tennessee Titans in the season opener. He plans to do so again Monday night against the Jets in his return to the New York area.

Beckham said his insistence on wearing it shouldn’t be an issue with the league and he isn’t worried about a fine. A league source told The Chronicle-Telegram on Monday a fine was “unlikely,” but that might not extend beyond Week 1.

“For what? You’ve got to look into the rulebook. It says you can’t wear any hard objects,” Beckham said. “The watch is plastic. But people have knee braces on that are hard and made out of metal and you don’t see them taping it up, no jewelry on, so I’m good.”

The league on Monday told the Browns — Beckham said he hadn’t heard anything directly — that forbidding the watch is a “safety measure” for him and all players.

“There’s a longstanding prohibition on wearing hard objects that project from the body,” a league spokesman wrote Monday in an email to The Chronicle. “This will be addressed with the team and player.”

Beckham was bothered that the discussion had turned away from football and expressed the frustration Monday night.

If ain’t one thing…. it’s another…

“If anybody else would’ve worn the watch, or if it was a $20 watch, it wouldn’t have been no problem.”

All good my guy! We just wanna make y’all proud. And win games. Im just here to play football to the best of my ability. Im not worried bout the stupid ish… let’s talk football not something that don’t matter. It didn’t affect the game either way.. MNFLFG https://t.co/WIH7UskXb4

Beckham, who led the team with seven catches for 71 yards Sunday, feels singled out.

“Yeah, that’s just my life,” he said. “If it ain’t this, it’s something else. If it wasn’t the watch, it would’ve been the way that I tie my shoes.”