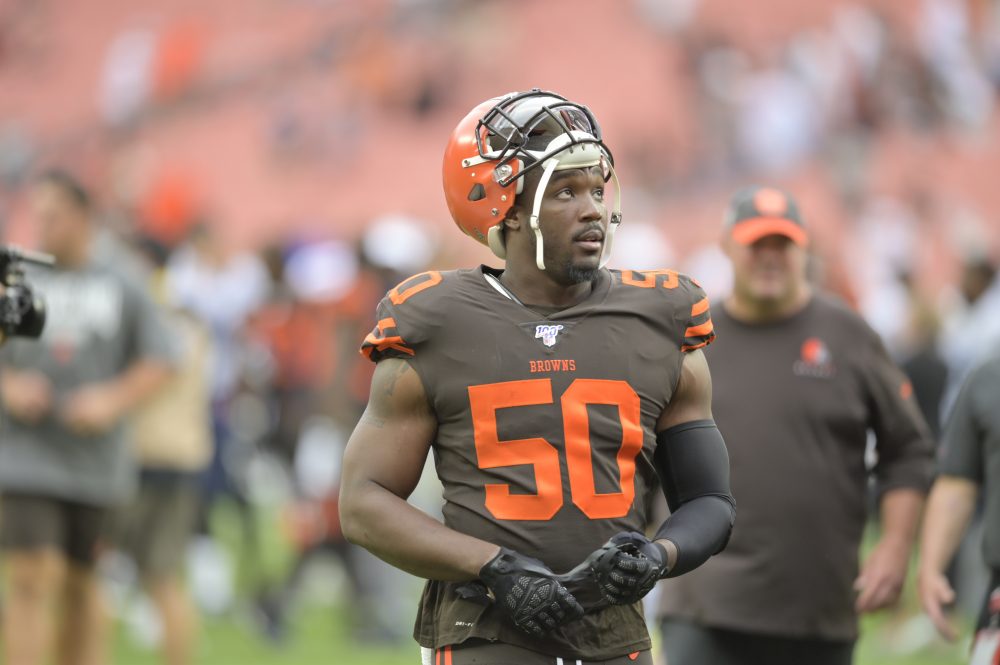 The Browns family suffered a horrific tragedy early Wednesday morning when Petara Cordero, the girlfriend of defensive lineman Chris Smith, was killed in a traffic accident.

She was standing on the shoulder of I-90 West when she was struck by another vehicle.

“Words cannot describe the sorrow we feel for Chris following the loss of his girlfriend, Petara,” owners Dee and Jimmy Haslam said in a statement. “Our entire organization mourns with Chris, his family and the Cordero family. We will do everything possible to offer them our support, comfort and any resources in this most difficult time.”

Smith was driving west on I-90 at approximately 2 a.m. when a tire blew out on his 2019 Lamborghini, he told police. The car struck the center median near the W. 140th Street exit.

Smith and Cordero exited the vehicle and hadn’t sustained significant injuries. They were standing on the north shoulder of the highway when an oncoming car struck the open passenger-side doors of the Lamborghini and Cordero.

Cordero was transported by Cleveland EMS to Fairview Hospital, where she was pronounced deceased.

The driver of the other vehicle, a 2017 Mazda 3, was a 47-year-old female. The police report said she admitted to drinking.

She was being treated at Fairview Hospital and was to be released. The toxicology reports were pending, and no charges had yet been filed.

The causes of both crashes were under investigation.

Smith wasn’t injured and showed no signs of impairment, according to the police report.

Browns players had the day off Wednesday because they play Monday night against the Jets.

Coach Freddie Kitchens visited Smith at his home, and the entire team was informed of the news at a meeting at team headquarters in Berea.

The Browns will have counselors on-site throughout the week, in addition to their standard resources.

The organization extended its full support to Smith, and he will have the opportunity to grieve as he chooses.

“Praying for my brother! Can’t imagine what he is going through,” former Browns teammate Emmanuel Ogbah tweeted.

Smith signed with the Browns as a free agent in March 2018 and played in all 16 games last season. He’s in his sixth NFL season, previously playing for the Jaguars and Bengals.

He’s a locker room favorite of teammates and reporters. He’s got a huge smile and wears it often, is a willing interview subject and has a great sense of humor.