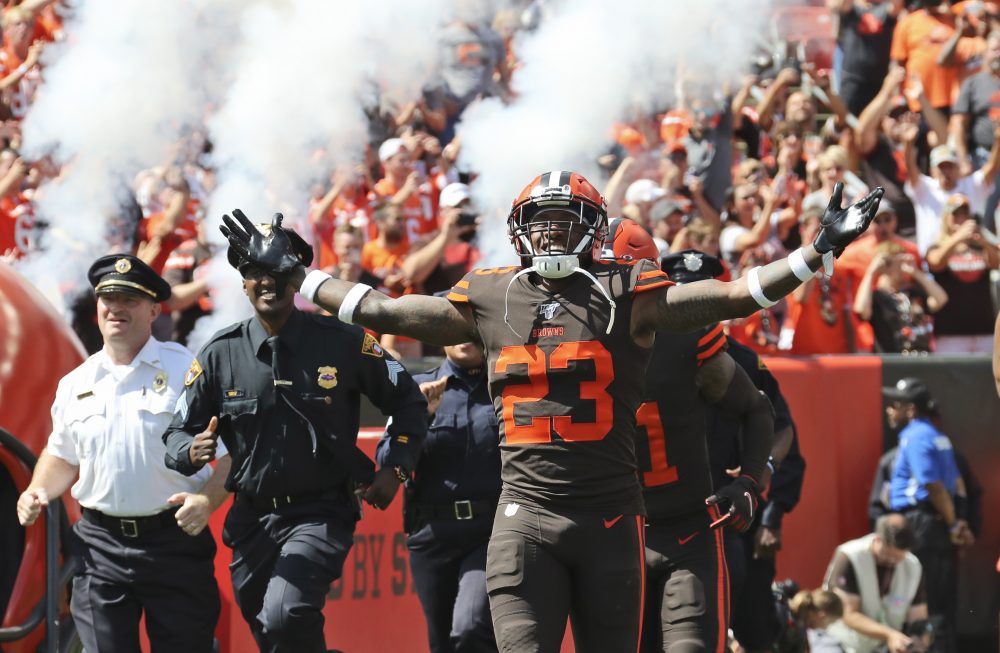 When approached after the group interview, Randall opened up a bit.

“I won’t speak to him during the game, after the game, before the game,” Randall said of Williams, who was interim coach for the final eight games last season then didn’t get the permanent job.

Randall explained why he won’t talk to Williams.

Randall was acquired in a trade in March 2018 and played for Williams for one year. He wouldn’t expand on the reasons for the hate, but said during a preseason interview with The Chronicle-Telegram that Williams ran a “dictatorship.”

When the Browns played the Bengals last season after fired coach Hue Jackson had taken a job with Cincinnati, Randall intercepted a pass and handed it to him on the sideline. That won’t happen with Williams.

Receiver Odell Beckham Jr. accused Williams on Thursday of teaching his players to take “cheap shots” and telling the Browns to injure him during the preseason in 2017.

Defensive end Myles Garrett ripped Williams during the offseason for restricting him to two pass rush moves, and cornerback Denzel Ward carries a grudge after Williams criticized his “stupid tackling” in an interview last preseason.

Notes: Jets QB Sam Darnold out with mono; Trevor Siemian will start vs. Browns
Notes: Jarvis Landry says Adam Gase wasn’t joking when he threatened to trade players to Cleveland but “I’m happy to be here”