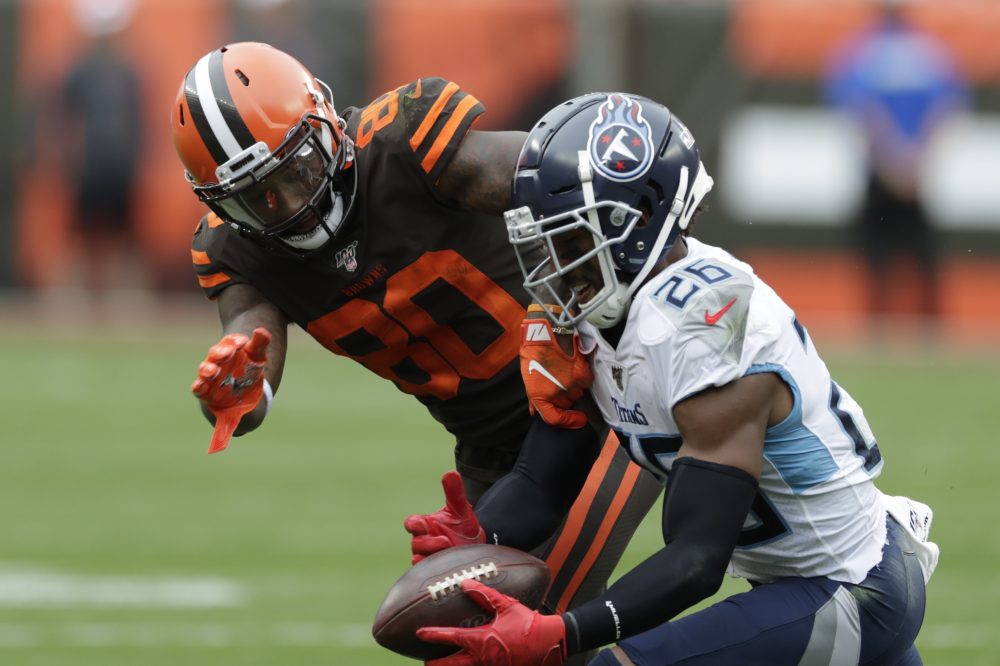 BEREA — As receiver Jarvis Landry was walking to the sideline before halftime Sunday, Titans cornerback Malcolm Butler got in his ear.

According to Landry, Butler told him the Browns don’t have enough heart. Landry told Butler he knows him better than that.

“Oh, I know you, bro. I’m talking about your team,” Butler said, as captured on “Building the Browns,” the team’s weekly behind-the-scenes show.

That’s a harsh characterization, and one Landry tried to shoot down Friday.

“I think these guys are hungry. I think they have heart,” Landry said. “If that’s the way that people feel about us, we have to go out there and prove it.”

The Browns were trailing 12-6 at halftime before losing 43-13 after a three-interception fourth quarter by Baker Mayfield. The Titans talked trash before, during and after the game about how the Browns were overhyped and hadn’t proved anything.

“Nobody is going to question our heart,” coach Freddie Kitchens said. “There was nothing about heart with the way that game happened the other day. I guess that comes with the territory, but I would say that he has never been in our locker room.”

Landry said he was caught off-guard by Butler’s criticism.

“But at the same time, opponents are willing to say anything, you’ve just got to take it for what it is,” he said.

Cornerback TJ Carrie was bothered by the comment and will use it as fuel when the Browns play the Jets on Monday night.

“We can talk about it, but we have another opportunity to go out there and prove the heart that we do have,” he said. “The men in this building, we care for each other. That’s something we have to go and display.”

“He’s just jaw-jacking a little bit,” he said. “I don’t think that’s the case with this team. This team is very resilient. Just leave it at that.”

“They played like it was the Super Bowl, so congratulations,” he said. “If they’re in the playoffs, we’ll see them there, so we’ll see who has the last say-so about that.

“When he takes the Titans to the Super Bowl, that’s when he can talk about heart and a lot of other things.”

Notes: Jarvis Landry says Adam Gase wasn’t joking when he threatened to trade players to Cleveland but “I’m happy to be here”
Notes: Damarious Randall ruled out for Monday night with concussion