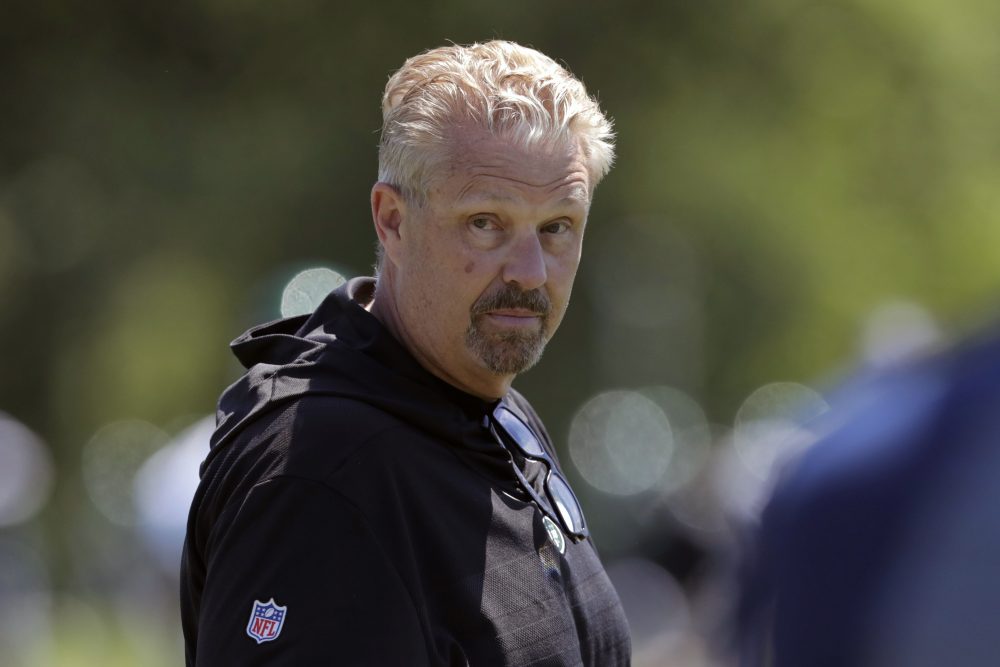 Williams screamed “Next!” when a reporter asked about his suspension from the league for all of the 2012 season for his leading role in the New Orleans Saints’ bounty scandal. He was recorded encouraging his players to injure opponents.

Williams challenged a reporter who referred to Beckham as one of the league’s most dynamic players.

“That’s your opinion? What’s New York’s opinion, the Giants’ opinion?” he said. “What did the Giants do? So that’s not a question for me.”

Williams, who spent the last two years as Cleveland’s coordinator, had an eventful news conference in New Jersey on Friday as the Jets prepare to meet the Browns on Monday night at MetLife Stadium.

He was grilled about the serious allegations from Beckham, who was traded from the Giants in March in a blockbuster deal. Beckham turned a question about Williams’ defensive scheme into an attack on his character.

“The only thing I’m buying is you know probably just got to watch out for the cheap shots and the dirty hits and all the things that he likes to teach,” Beckham said Thursday.

Williams took plenty of shots at Beckham in his weekly news conference.

“We don’t do that,” he said. “I’ve never done that anywhere I’ve been. We don’t do anything to hurt the team.

“I haven’t seen that. I’ve been in a lot of meetings. I’ve never heard talk like that,” he said. “Everything I’ve seen, we’re coaching it clean.”

“I have not seen anything, and I coached with the guy for a year,” Kitchens said.

When Williams was first asked about Beckham, he said “Odell who?” before saying he was joking. Receiver Jarvis Landry sees Williams’ words as a psychological ploy.

“Things that he may know you guys are going to ask us or things that he knows we may see,” he said. “He’s kind of putting it out there to have us be more aggressive than we actually would be or out of our game. That’s why we’ve got to ignore it.”

Denying Beckham’s electric playmaking ability could be part of Williams’ plan. Beckham was a three-time Pro Bowler with 390 catches for 5,476 and 44 touchdowns in five years with the Giants. He had seven catches for 71 yards in his Browns debut.

“I think all of these are tactics to kind of sway us off of our path, things that we’ve got to ignore and not pay attention to,” Landry said. “Because honestly for us, we know who (Beckham) is, everybody in the game knows who he is, and I don’t think Gregg Williams’ opinion will ever sway how he will play.”

Kitchens said he wasn’t planning to talk to Beckham about his comments and suggested the mind games were two-sided.

“I feel pretty sure that Odell’s focus is on the New York Jets,” he said. “I think sometimes he says things for reasons.”

Williams has a bombastic personality and his act grew tired with many people inside Browns headquarters, players included. Defensive end Myles Garrett has been critical, and free safety Damarious Randall said he has “a lot of hate” for Williams.

Schobert liked playing for him.

“It’s a stressful environment, but I enjoyed playing for Gregg in the scheme,” he said. “You’ve got to earn your stripes, you’ve got to earn their respect and do things the right way, prove yourself to him. But he’s never going to go easy or soft on anybody.”

“He’s an aggressive coach, he has aggressive messages, but he never explicitly was saying to take cheap shots at anybody,” he said.

Before the opener Sunday, Beckham’s previous game at FirstEnergy Stadium was during the 2017 preseason with the Giants. He suffered a high left ankle sprain when defensive back Briean Boddy-Calhoun hit him in the knee as he landed while making a catch.

He blames Williams, and said the ankle sprain led to more serious leg injuries over the last two years.

“It’s preseason. It’s like a known rule, in preseason nobody in the NFL’s really out to do stuff like that,” Beckham said. “I had players on this team telling me that that’s what he was telling them to do, take me out of the game, and it’s preseason. So you just know who he is. That’s the man calling the plays.”

“You never want to see nobody go down like that, especially that’s my teammate now,” he said. “I stand fully behind my teammate, but at the time it’s one of those things where I didn’t make the tackle so I don’t know. I don’t know how that went down.”

Did Williams tell you guys to knock Beckham from the game?

“I don’t know who he told personally, but he never came up to me and told me that,” Kirksey said.

NFL At 100: AP Was There, First Monday Night Football Game
Ready for prime time? Browns better be as they look to rebound from opening disaster as they face Jets