Notes: Jarvis Landry says Adam Gase wasn’t joking when he threatened to trade players to Cleveland but “I’m happy to be here” 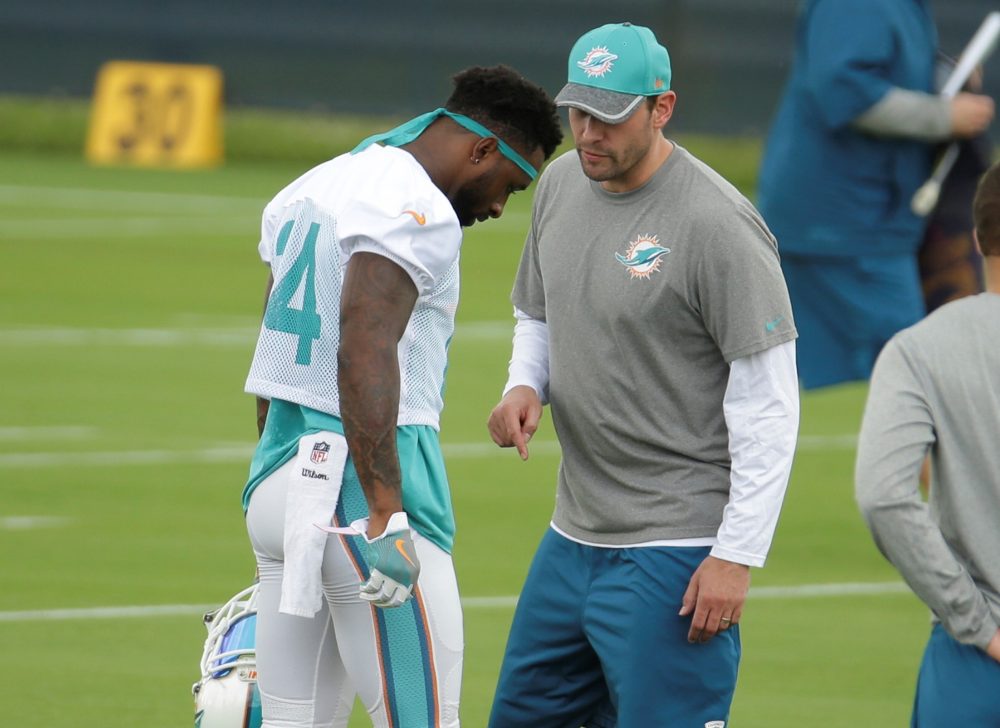 BEREA — Jets coach Adam Gase admitted to New York reporters he threatened to trade players from Miami to Cleveland on a PowerPoint presentation when he was coach of the Dolphins. He said it happened once.

“It was supposed to be a joke,” Gase said. “I think he took it a little seriously.”

He was referring to Landry, who was later traded by Gase and the Dolphins to the Browns in March 2018.

“It wasn’t no one-time joke,” Landry said. “But again, I’m happy to be here, I’m excited about the opportunity, the challenge, since Day 1.”

He believes Gase was being serious with the Cleveland threat.

“What do you think? Where am I?” Landry said. “Listen, honestly, man, regardless of what tactics were used or what was said, all those things are in the past. I’ve decided to move on. I have no slight toward Adam, I believe he’s a great coach, he calls plays well and I’m excited about the opportunity, the matchup.”

Gase referred to Landry as Miami’s “best player” and was asked how their relationship deteriorated.

Richardson said he was fined more than $20,000 for a late hit on Titans quarterback Marcus Mariota. He will appeal.

“Of course. I pushed a dude,” Richardson said. “Twenty thousand dollars gone down the drain because I pushed somebody playing football — it’s crazy.”

** Left tackle Greg Robinson said he was fined more approximately $10,000 for kicking Titans safety Kenny Vaccaro in the head. He was ejected.

PICK UP THE FLAG

Robinson was also called for an illegal blindside block on a bubble screen to receiver Odell Beckham Jr. in the first quarter, but offensive coordinator Todd Monken said the NFL admitted the penalty was a mistake.

“In their minds, it was not forcible contact is what I remember from looking at it,” Monken said of the message from the league. “I did not commit it to memory, but they said it should not have been called.”

Kitchens didn’t like that Monken relayed the league’s response to reporters.

“I am not going to comment on what we heard back from the officials,” he said. “Todd needs to learn we are not supposed to talk about that.”

“He did exactly what he was not doing the last 3-4 weeks when he ended up winning the job,” Priefer said. “He normally doesn’t kick that way or he wouldn’t be here. I am not going to make excuses for him, and he would not make this excuse, but we scored so quickly and he never really got a chance to get into the game. He needs to be more prepared than that.”

** Running back D’Ernest Johnson will “more than likely” be the returner with running back Dontrell Hilliard sidelined with a concussion.

** Landry could again be used on punt returns. He replaced Hilliard against the Titans and had a fair catch.

“A guy like Jarvis, he is such a team guy. He is the one that came up to me and says, ‘I am ready to go if you need me,’” Priefer said. “Having a guy like Jarvis back there kind of makes me feel good that he can do some good things for us and put us in the right positions.”

Receiver Rashard Higgins (knee) was limited for the second straight day but did a little more. Kitchens wasn’t ready to commit to him playing.

“I am not really sure yet,” he said. “I have to see it. I have to feel comfortable with it.”

** Priefer said he loves that former Browns special teams ace Joshua Cribbs was nominated for the Pro Football Hall of Fame for the first time.

“I hope he gets in because he did some great things,” he said. “He was not a fun man to coach against. He may not have been the fastest, but he was going to be the toughest and the strongest, and he was going to hit the seam full speed.”