Baker Mayfield looks to bounce back, beat blitz and create another memory against Jets 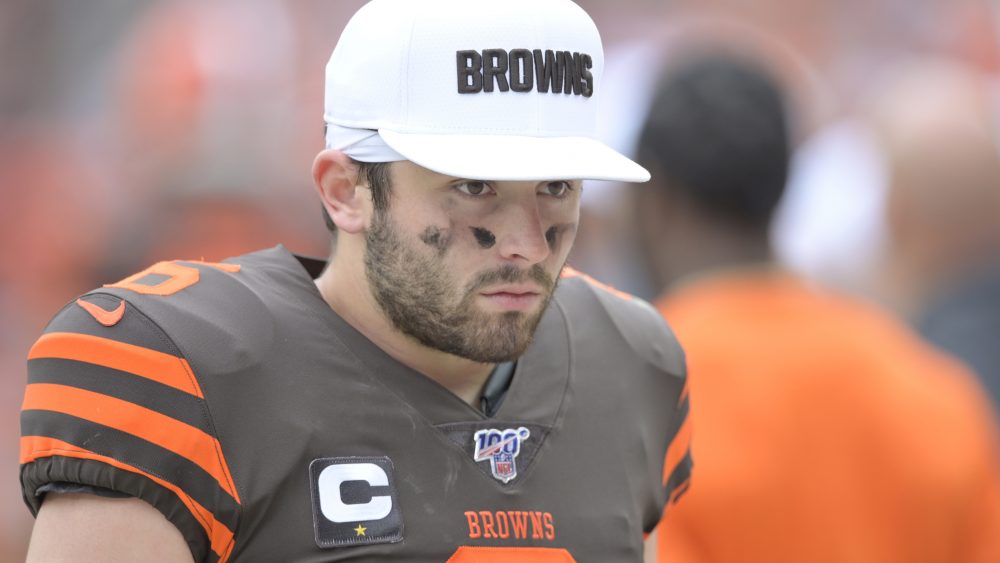 Everyone remembers the Jets game from last season.

Baker Mayfield came off the bench for an injured Tyrod Taylor, erased a 14-point deficit and led the Browns to a 21-17 victory that snapped a 19-game winless streak, unlocked the beer refrigerators around town and electrified the region.

“He is relentless. He just competes,” coach Freddie Kitchens said this week. “Did not really know what the reads were and stuff like that but he just made stuff happen.”

The Texans game may have a greater impact on Mayfield’s career.

He threw three second-quarter interceptions in the 29-13 December loss that sunk the Browns’ playoff chances, but his response to the self-inflicted adversity is what resonates today. Mayfield threw for 351 yards and a touchdown in the second half.

The combination of steely determination and short memory instilled confidence in his coaches and teammates.

It will also come in handy this week as the Browns prepare to meet the Jets again Monday night in New Jersey. Mayfield threw three fourth-quarter interceptions in an ill-fated comeback attempt last week in the 43-13 opening loss to the Titans.

“Something important for a QB is a short-term memory,” he said. “Just putting that behind you and making corrections. We have fully made changes and now I am going to have my eyes in the right place and do the right thing.”

“Baker is very resilient. I am not worried about Baker at all,” Kitchens said.

Mayfield’s strong finish last season with Kitchens calling plays helped earn Kitchens his first head coaching job and amped up the anticipation for this season. Mayfield set the NFL rookie record with 27 touchdown passes and threw for 3,725 yards but he ended the season with three interceptions in a loss to the Ravens.

So he’s thrown three picks in back-to-back games and three of the last six.

His No. 1 goal for Year 2 was cutting down on the turnovers, and he’ll be put to the test Monday.

The Jets forced four first-half turnovers in their 17-16 opening loss to the Bills, and coordinator Gregg Williams — who spent the previous two years with the Browns — relishes his reputation for aggression. The Browns had 31 takeaways last year.

The Browns know what to expect from Williams: a bunch of blitzes with zone coverage behind them. It’s up to Mayfield to recognize them and identify the right way to beat them.

The most effective method is with big plays.

“That is the only way to strike fear in somebody to not bring pressure is you have to hit explosive plays,” offensive coordinator Todd Monken said. “You have to take advantage of it. If you do not, there is no risk-reward and it is all reward from their end of it.

“At some point, you have to have enough skill players that put them on the defensive a little bit to be fearful.”

“That is where quarterbacks make their hay is having a team try to come after them, getting out of it and making them into regular looks and being able to do what they want,” center JC Tretter said. “You can beat a blitz, whether it is getting us into the right protection, blocking it up, having time to throw it downfield or finding your hot throw and getting the ball out and making them regret bringing an extra guy. That is how you win in this league.”

The Jets, who will be without four-time Pro Bowl linebacker C.J. Mosley, who had an interception return for a touchdown and a fumble recovery in the opener, bring back great memories for the Browns and their fans. The turnaround from 0-16 to playoff expectations began in earnest with the hiring of general manager John Dorsey, but it didn’t reach the field until that heart-thumping Thursday night.

Taylor’s concussion opened the door for Mayfield, and he stormed through it. His first throw was a 14-yard completion to receiver Jarvis Landry down the seam, he caught a 2-point conversion from Landry and finished 17-for-23 for 201 yards and a 100.1 rating.

Beckham was still with the Giants and watching from afar.

“I remember the camera zooms to Baker and Baker’s snapping his helmet on and he runs in there. I’m at home and I could feel the crowd from my house,” he said. “I get chills thinking about it. I can feel it. And he goes in there the first play, throws a, I think it was a seam, to Jarvis, and the stadium erupts.

“I don’t think he’s turned back since that day. I remember watching that game. I remember him coming in, getting his first win and really looking very, very good in his first NFL game, driving the team up and down the field.”

Mayfield has shown he can handle good times and bad, and he’s looking to rebound again.

Denzel Ward looks to rebound from disappointing effort in Week 1, show Gregg Williams he knows how to play
Myles Garrett has chance to make statement for Defensive Player of Year against Aaron Donald, Rams